A mom whose child identifies as non-binary is unsure if school sports is in their kid's future after a controversial law heads to Greg Abbott's desk. 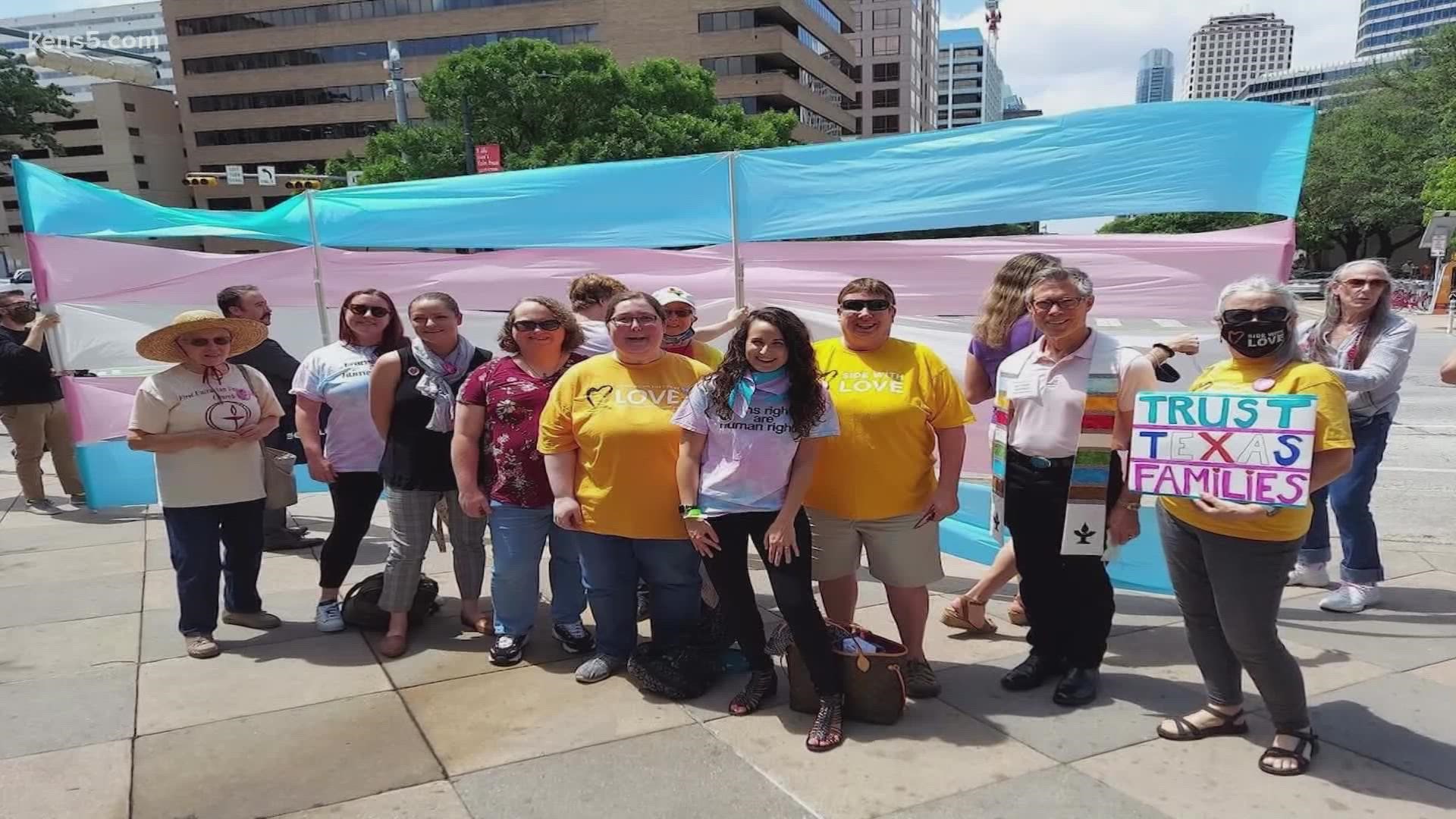 SAN ANTONIO — A bill that will prevent transgender children from competing in school sports aligning with their gender identity is heading to Governor Greg Abbott's desk.

It's leaving many parents of transgender children feeling crushed, according to one San Antonio mom.

From a young age—Annaliese Cothron’s child has been incredibly athletic. Cothron says they get their athletic ability from their dad.

“You think about all the life lessons that you learn, right? You learn how to achieve a common mission, you know we want to score together as a team,” Cothron said.

She says the legislation expected to become law that could prevent them from playing some school sports leads to a difficult conversation.

“It’s devastating to look at your child in the face and say you can’t play sports, something you think is so simple and letting them know like, I don’t know if this is going to be a possibility for you when you get older,” Cothron said.

Cothron says she’s spent the past several months defending attacks on the LGBTQ community. She says many friends whose children have been harming themselves, refusing to go to school and dealing with anxiety after the recent passage.

“It’s not a small thing the Texas Legislature is doing to us, it’s been abusive and harmful,” Cothron said.

The bill says this change is based on a “notable disparity” between boys and girls competing in sports. The bill requires children to compete in sports of their assigned sex at birth.

Groups like Equality Texas say right now they are providing resources for the LGBTQ community.

“We are really focused on integrating concepts of healing and justice to provide advocates—who have already been harmed by this injustice, to refill their cup,” Ricardo Martinez, CEO of Equality Texas said.

Martinez says they work with organizations like the ACLU and Lambda Legal, who are reviewing the bill language to see what steps can be taken in the immediate future.

Martinez says his organization has received calls and emails about LGBTQ youth being bullied in schools across the state.

“The rhetoric that’s occurred at the [state] Capitol really trickles down to our schools…we know that there’s kids that are [also] experiencing thoughts of self-harm and we’d like to help,” Martinez said.

According to The Trevor Project, a group focused at reducing self-harm and suicide among LGBTQ youth, the organization received more than 10,800 crisis contacts (calls, texts and messages) from LGBTQ youth in Texas between January 1 and August 30, 2021.

The group states that some transgender and nonbinary youth have expressed fear over losing access to sports that provide important acceptance in their lives.

After a long political fight this year—Cothron is asking all families to fight back against the culture of harm.

“We really need your support to support the LGBTQ community because they’ve gone through so much and this doesn’t reflect who we are. And so let’s show them what our values really are in Texas,” Cothron adds.

The law would take effect in January 2022. In a statement on the third special legislative session, Governor Abbott said the law will “protect the integrity of Texas high school sports.”

Resources for transgender youth can be found here.