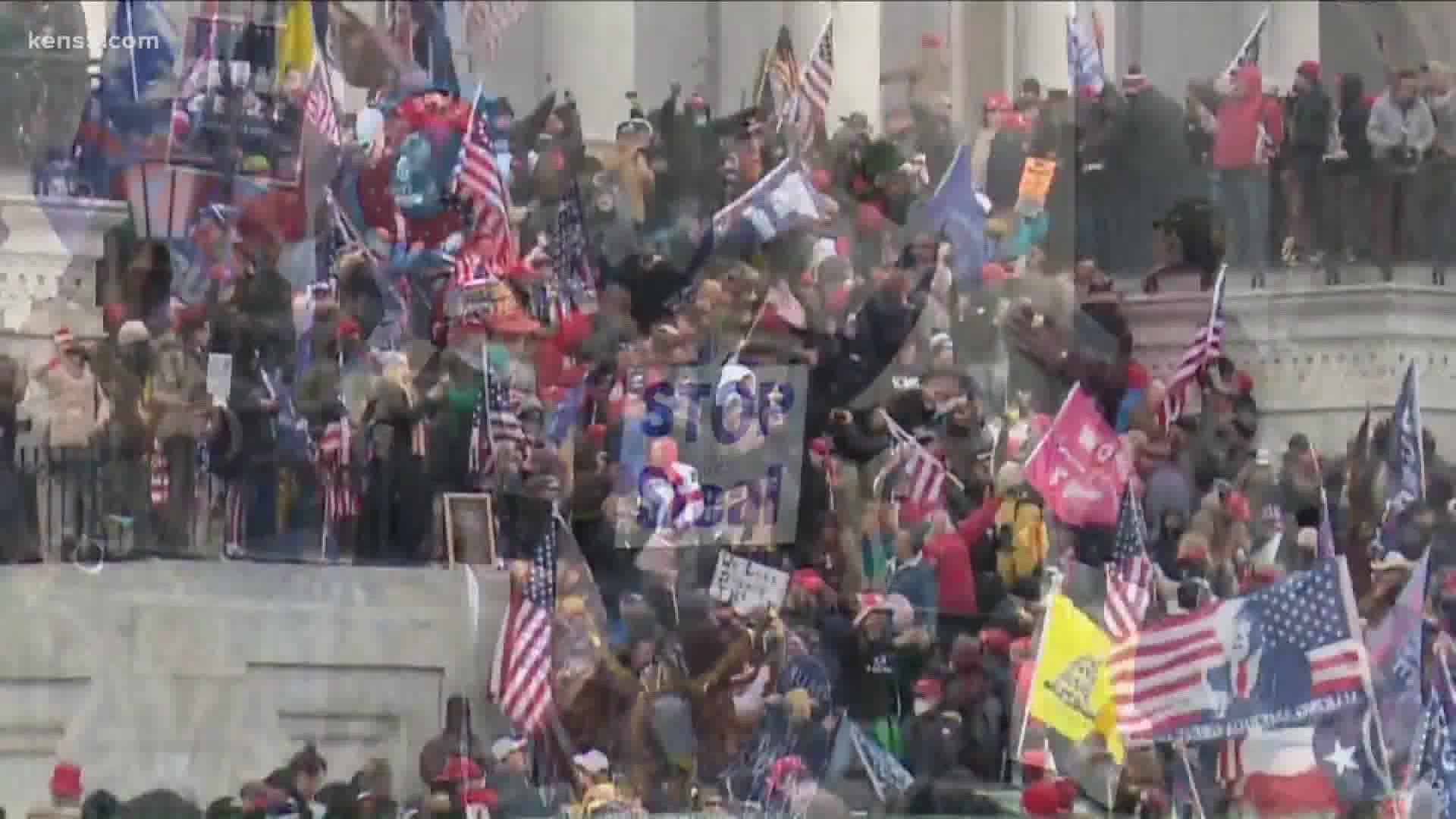 SAN ANTONIO — A San Antonio man was arrested in connection to the U.S. Capitol riots. Since the FBI arrested him, his employer says he is no longer working for their company.

Social media posts are identifying 37-year-old Matthew Carl Mazzocco in two videos that are circulating online. People say one video shows a man that is allegedly Mazzocco walking with President Trump supporters in the halls of the Capitol. The man in the video is heard saying, “We’re all going to get in trouble for what we’re doing.” Another video that’s now gone viral allegedly shows Mazzocco’s personal Facebook account. One snapshot shows a selfie with the phrase, “The capital is ours!”

The FBI said online posts are making it easier for them to identify suspects. The agency was tagged in the videos allegedly showing Mazzocco.

Sunday afternoon around 4:30 p.m., FBI agents arrested him at his home in the Stone Oak area. A spokeswoman for the agency said he was taken into custody without incident. He’s been charged with Knowingly Entering or Remaining in a Restricted Building or Grounds Without Lawful Authority and Violent Entry and Disorderly Conduct on Capitol Grounds.

KENS 5 stopped by his home Monday morning, but a woman who answered the door had no comment and asked us to leave the property. However, one of his neighbors who spoke to us over a surveillance security system said in a brief comment: “He’s a nice guy -- just did something bad.”

As for the fallout of his actions, it continues with his job as a loan officer. According to a national licensing site, NMLS Consumer Access, Synergy One Lending, is listed as his most recent employer. KENS 5 contacted the company and a spokesperson said he is no longer employed with them. His profile is also, not on the company's website. A spokesperson said in a statement:

“For those concerned, we wish to inform you that this individual is no longer employed by our company. Part of our core vision for our company is to build and maintain a pristine reputation. We remain steadfast to that enduring objective. Thank you.”