There are more than 11,000 homes in San Antonio running on solar power, and it's growing. 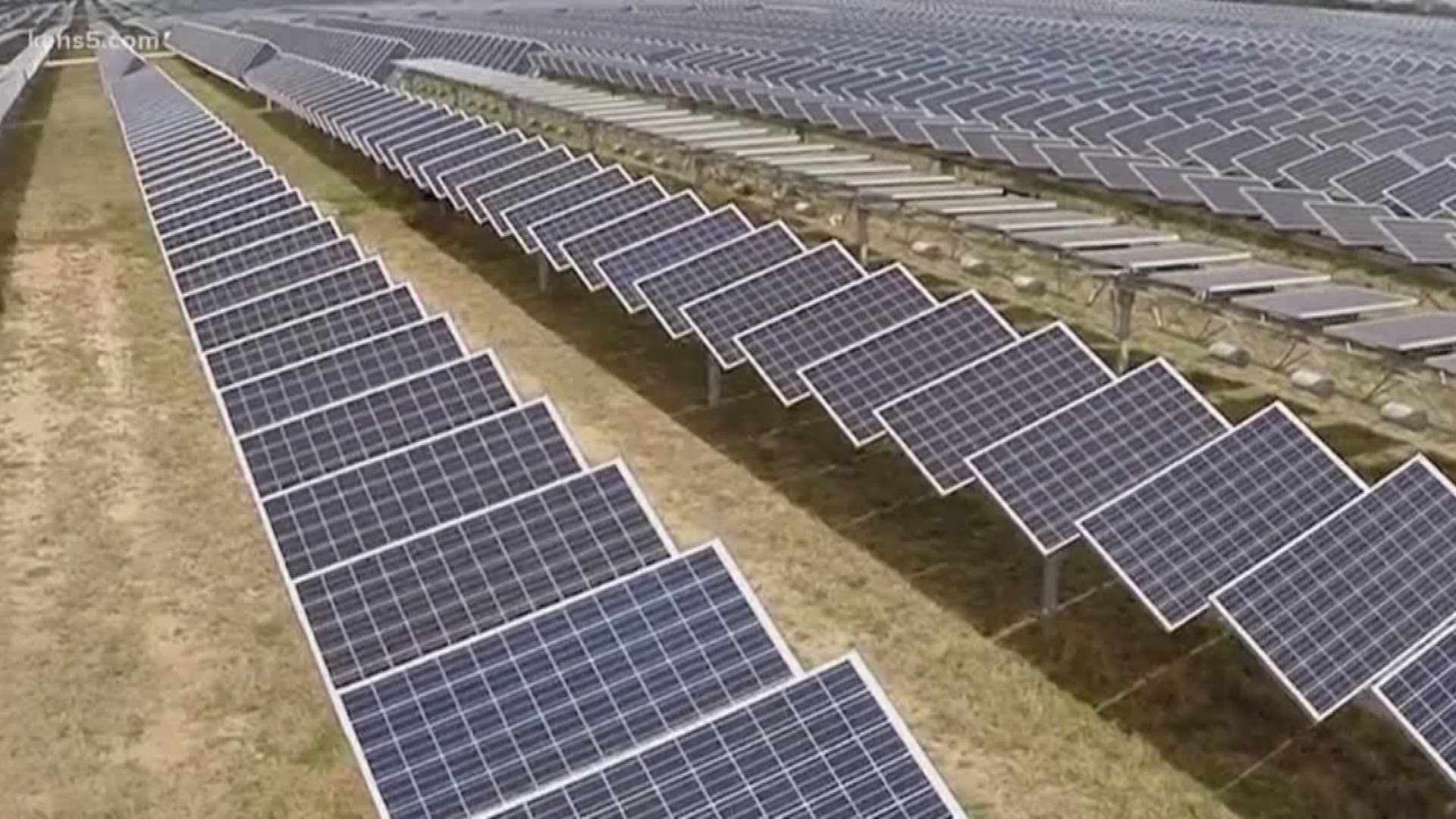 Solar power in San Antonio is a big business. So much so, that the city was ranked 6th out of 70 cities nationwide in the "Shining Cities 2018" solar power report.

"We are number one in the state of Texas, so we have, by far, the most solar in Texas, and it's great to see the recognition of being number six in the nation," said CPS Energy Chief Operating Officer Cris Eugster. "Compared to most cities I've been to, San Antonio is very solar aware," Doug Melnick, the Chief Sustainability Officer for San Antonio, added.

The Alamo City has six solar farms within the city limits and more than 11,000 homes with solar systems. Solar capacity in San Antonio climbed from 117 megawatts in 2016 to 161 megawatts in 2017.

To put that into perspective, one megawatt can power an average of 200 homes in the summer, which means San Antonio can now power 32,000 homes on those blistering hot summer days.

"San Antonio made incredible progress last year in solar energy, adding about 44 Megawatts of solar energy to the electric grid. By comparison, Austin only added less than ten, Dallas added about four, and Houston just about one Megawatt," Luke Metzger, the executive director of the Texas Research and Policy Center said.

The only five cities to beat San Antonio are Los Angeles, which was number one, San Diego, Honolulu, Phoenix and San Jose. All of those are cities with tons of sun. "Texas is very blessed in terms of renewable resources. We've got a lot of wind and we've got a lot of sunshine," Eugster said.

For San Antonio, the future of solar looks bright. Not just to save money, but to help the environment.

With the average solar system costing about $20,000, Energy Sage said the average home in Texas would save close to $700 a year over 20 years. If you want to get in on the solar movement, CPS Energy has an active rebate program. Click here for more information.