The development caps a years-long effort of reputation-rebuilding for the wrongfully accused women. 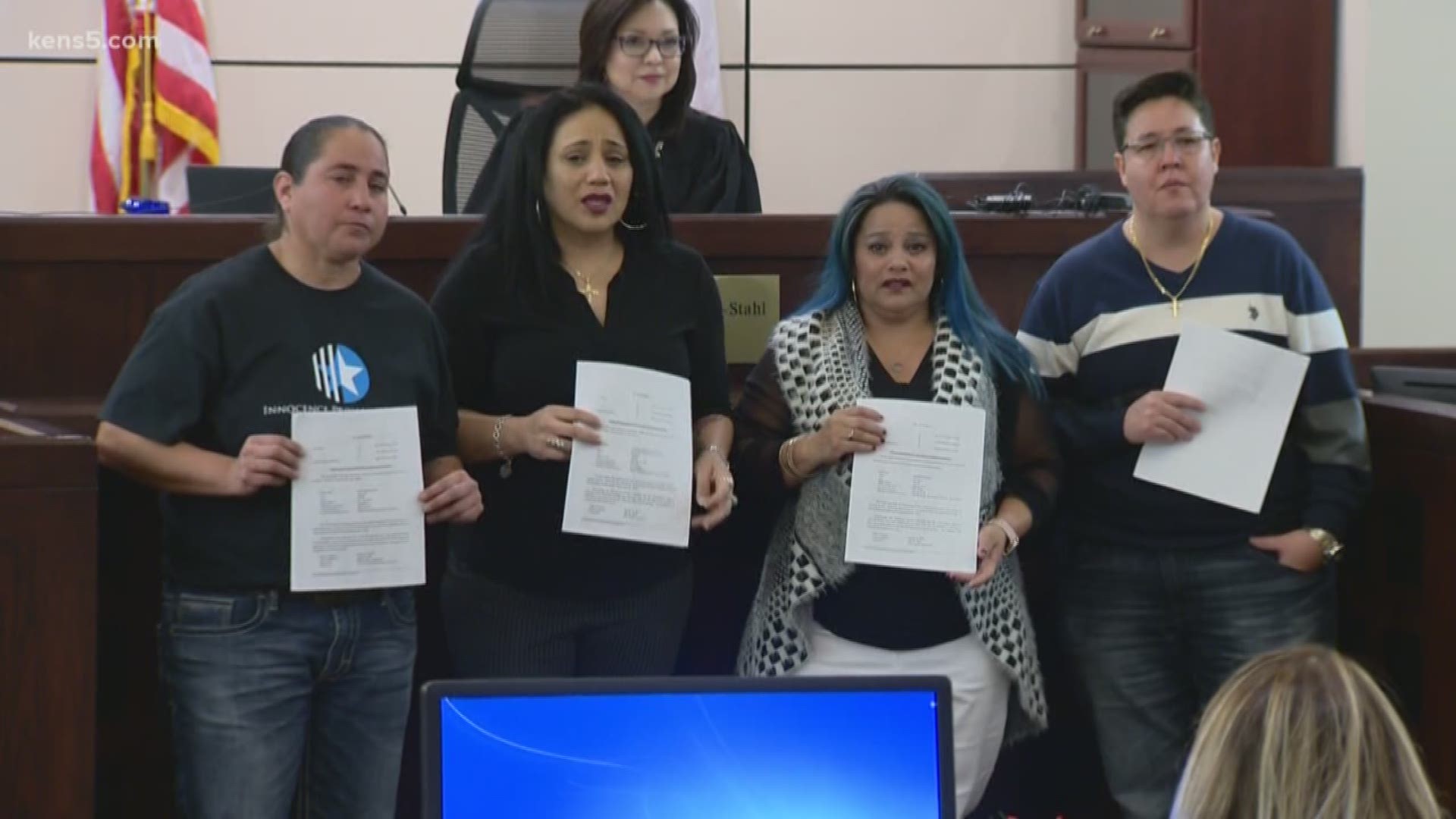 SAN ANTONIO — On Monday, over two years after a group of women accused of sexual assault in the ‘90s were declared innocent – after spending years behind bars – they met with the judge who officially expunged their records in court.

After filling for expungement in October, Bexar County Judge Torres-Stahl officially signed the order on Nov. 30 for their records to be erased.

Ramirez spend 17 years in prison following the accusations; Vasquez 12-and-a-half; and Rivera and Mayhugh 14 years each.