"We’ve taken a great leap forward and now we can begin the process of fashioning a new mascot identity that reflects the very best qualities of our SAC community.” 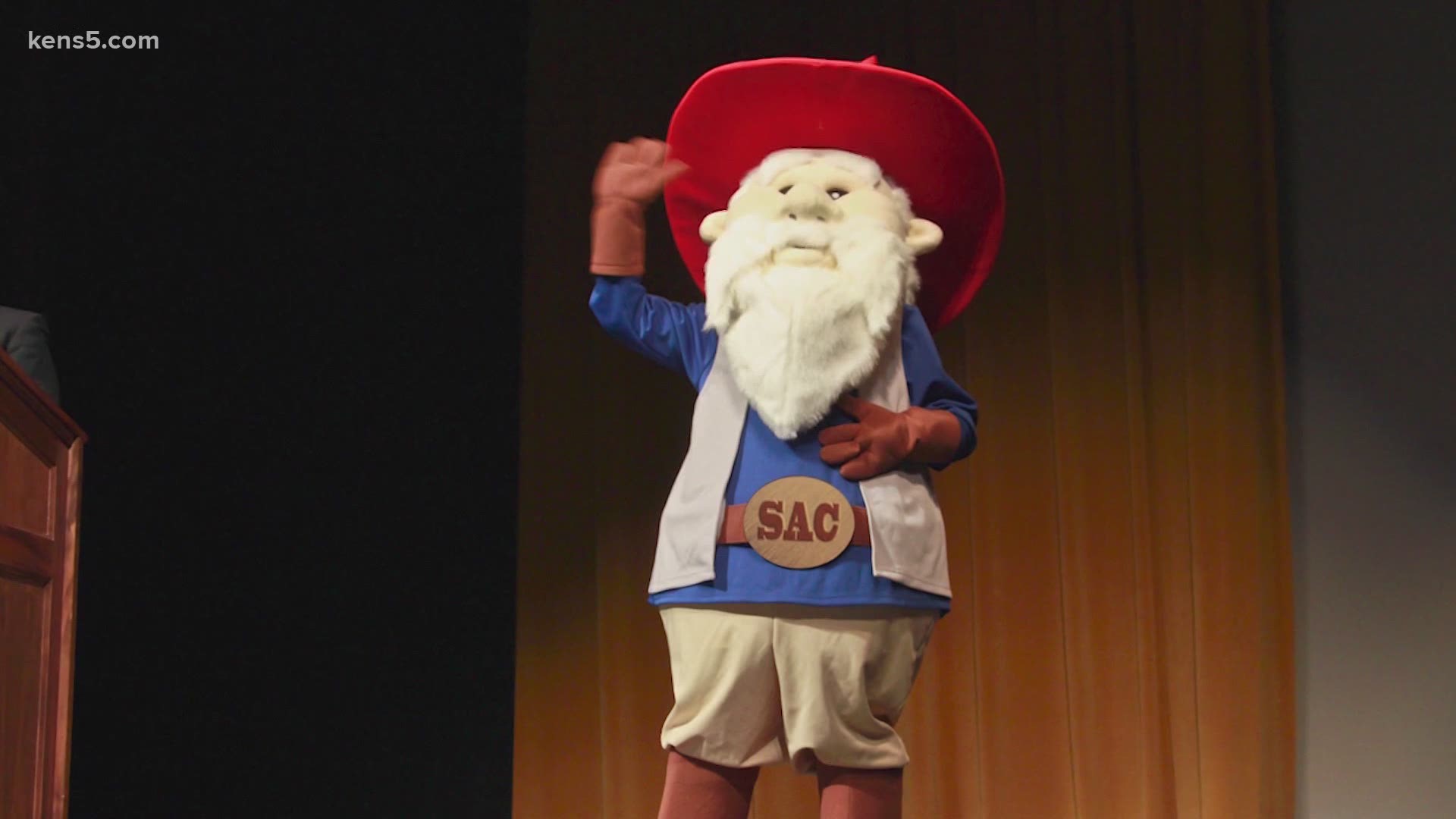 SAN ANTONIO — A mascot that's been around for nearly 100 years has spent his last semester at San Antonio College.

As SAC prepares to celebrate its 95th anniversary later this year, it has made a historic decision to remove the Ranger as the campus's mascot.

The unanimous decision came Tuesday during a special session of the College Council, a group consisting of college administrators, department directors, faculty chairs and program coordinators.

For more than a year, groups on campus have held discussions on the fate of the Ranger as the school mascot. Earlier this year, SAC conducted a survey on the mascot asking students, faculty, staff, and the community whether to keep it or remove it from campus.

The majority of respondents supported removing the Ranger.

SAC President Robert Vela said their Ranger mascot was named after the Texas Rangers. He said the law enforcement agency has had a controversial history with minorities.

"From the 1850s to the mid-1900s or even later, they had a very checkered, notorious past. They demonstrated violence and racism toward people of color," Vela said. "So, for me, this is a step in the right direction."

Diversity at SAC has grown over the last several decades. Now, more than half the student body is Hispanic.

"This is all in an effort to do what's best to ensure that every student feels like this is their home," Vela said.

Vela said they're moving in the right direction, but there's still more work to be done.

"This is step one of the journey we're on," Vela said. "We're taking a deeper dive into San Antonio College, and possibly even helping our San Antonio community, in identifying any fabric that may resemble or may have an affiliation with systemic racism."

Vela said their next mascot will be carefully chosen by a diverse committee made up of students, staff and alumni. He hopes to have a decision by the end of the year.