The idea to defund police departments started in Minneapolis, but has quickly spread across the country. 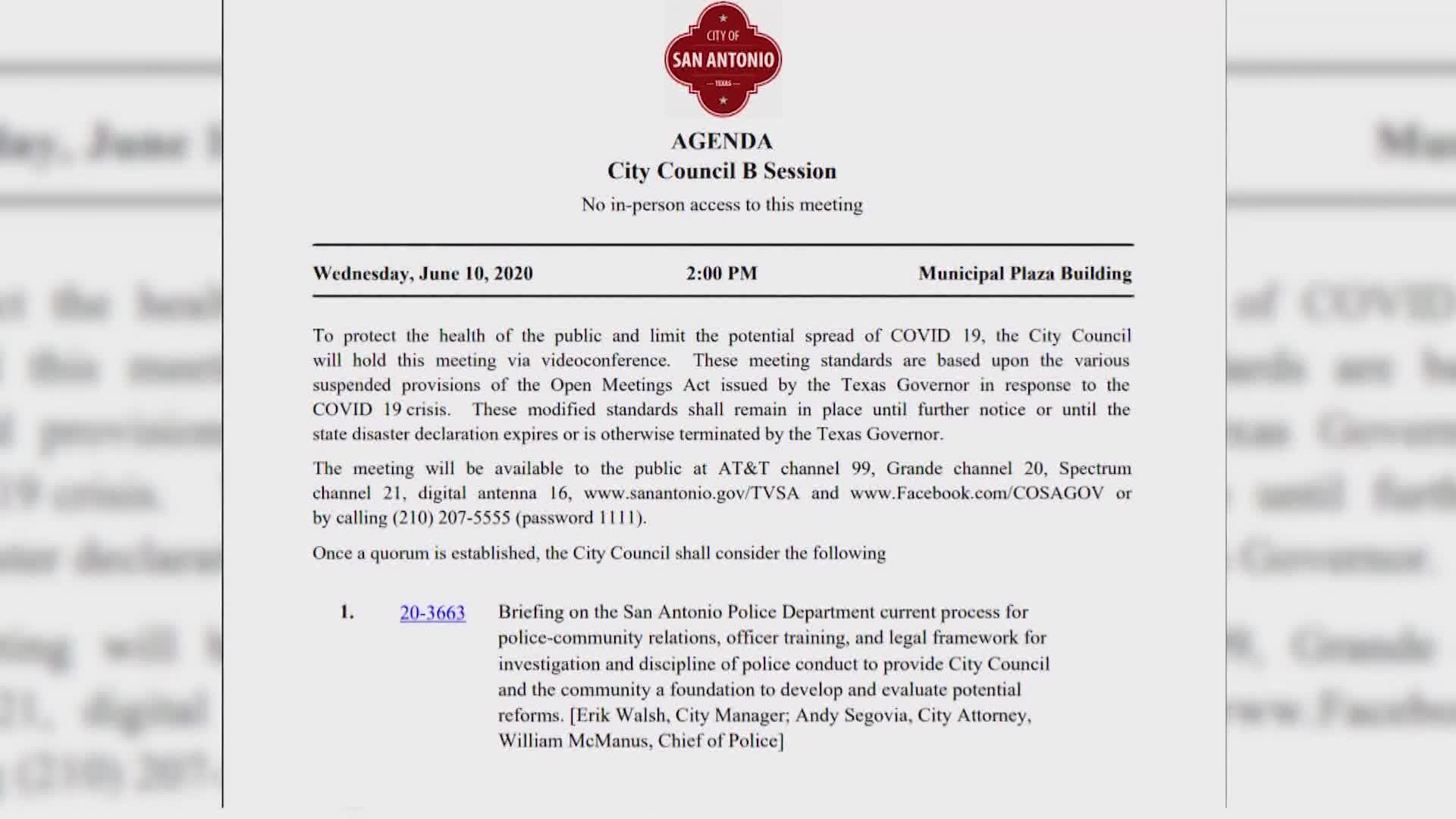 SAN ANTONIO — As week 2 of protests continues across the country, after the tragic death of George Floyd at the hands of a Minneapolis Police officer, many people are calling for their own police departments to be defunded.

Minneapolis Mayor Jacob Frey was booed by a crowd of protesters after saying he didn’t support defunding their police department.

It’s a movement that’s made its way right here into San Antonio.

During Wednesday's city council meeting, there were many San Antonians who called for the city to look into doing the same with SAPD.

In 2020, SAPD received an extra $23 million for their budget, but some people suggested taking that money from the budget and putting it towards retraining officers on deescalation tactics, or reinvesting back into the city.

“We need to divest in police, and invest into our community,” San Antonio resident Alex Birnel said.

It’s a call to action that seems to be heard.

On the agenda for next council meeting, a briefing on SAPD’s current process for police-community relations, officer training and legal framework for investigation and discipline of police conduct.

“We can take away all of the money in the world, but if we do not put in the proper processes to overcome that generational law put in place for capture and return, then we are still not making a stride to equality when it comes to the African American race,” Councilwomen Andrews-Sullivan said.

RELATED: When protesters cry 'defund the police,' what does it mean?