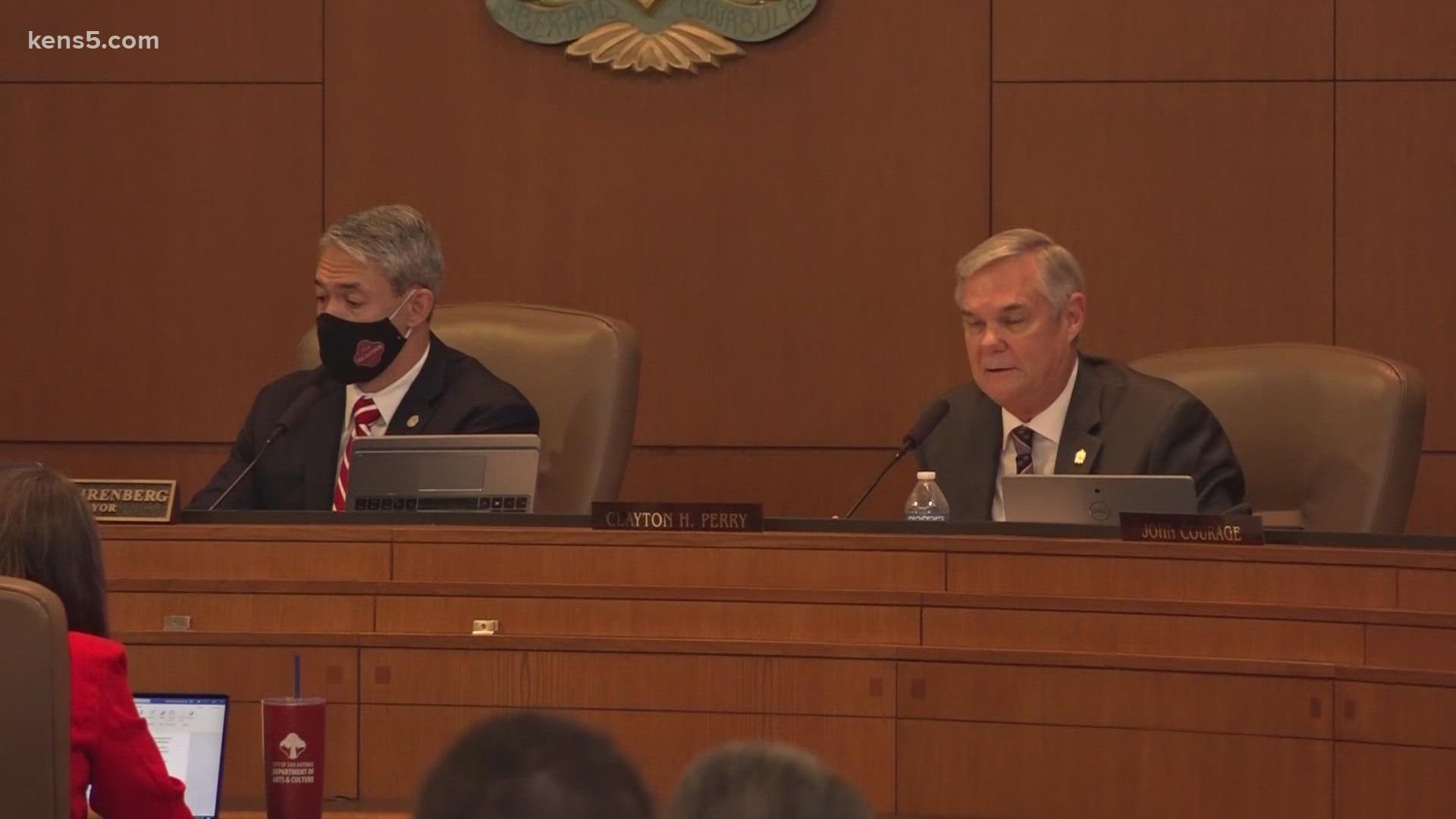 The budget was approved and ratified by a vote of 10-0-1 just before 1:30 p.m. Thursday. Council Member Mario Bravo abstained from the vote saying that he was disappointed with the budget process.

Mayor Ron Nirenberg is celebrating the work done over the past several months to reach this point.

“It’s a big budget but this is a big city, and I think the council, the community, and the staff have been doing a really good job on intensive work to find the proper balance,”  Nirenberg said after the meeting.

City council has voted 10-0-1 to ratify and adopt the FY 2022 budget for the city of San Antonio. CM Bravo abstained saying he was disappointed with the budget process. @KENS5 #kens5eyewitness pic.twitter.com/SEXvYxZoVb

One of the largest items in the budget is funding for the San Antonio Police Department, which received a 3% increase since last year's budget.

Before the vote, a motion to reduce the SAPD budget increase by $5.7 million failed with a 3-8 vote. Councilmembers Jalen McKee Rodriguez, Teri Castillo and Mario Bravo voted in favor of the motion.

McKee Rodriguez says the move was not about defunding the police, but rather deciding how much the police budget would grow. Nirenberg, who voted nay to the amendment, says the council has worked over the years to address the allocation of funds to SAPD.

“Prior to 2015 we had a structurally imbalanced budget that was bleeding, frankly like a stuck pig, with regard to the revenues being eaten up by public safety,” Nirenberg said.

The budget adds money for an additional 15 police officers. SAPD's taking $501 million of the budget this next year.

“We have a structurally balanced budget, it is able to grow at the rate of the growth of the city so we can continue to fund things like streets and sidewalks, libraries and parks in proportion with the city’s growth,” Nirenberg added.

The budget maintains the city’s same tax rate as last year, but rising property values are pushing those taxes up.

In a statement, Perry wrote he has "every intention of continuing the fight for an increase in our city homestead tax exemption, as well as lowering our tax rate, more SAPD officers, and additional funding for infrastructure improvements as we go into the next fiscal year."

Nirenberg says that tax breaks could be revisited in the future.

“We’re going to look at the numbers, that’s part of the policies of our city is to look at opportunities for tax relief, and that includes a homestead exemption so we’re going to do that,” the mayor said.