A 20-seat limo is Mario Jaramillo's second home and his job is one of his first loves. He hopes to make the White House his next stop. 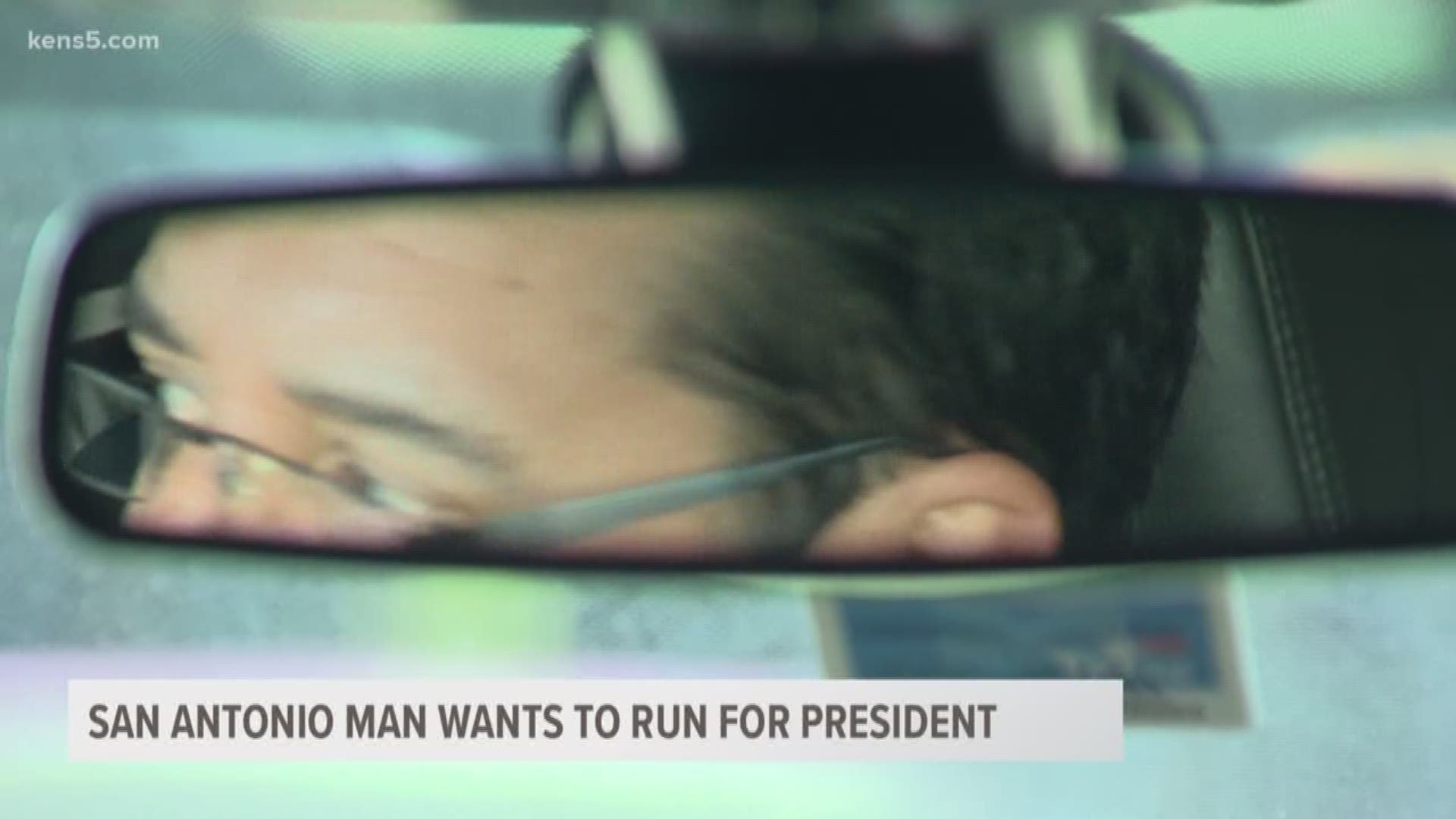 Democrats, Republicans and even the president have started campaigning for the 2020 elections and so has one San Antonio man who’s hoping to win the race. He hopes to transition from his somewhat odd job to the White House.

A 20 seat, leather interior, flashy limo is Mario Jaramillo‘s second home and his job is one of his first loves. Now Jaramillo, a chauffer of 12 years, hopes to make the White House his next stop. He plans to run in the 2020 presidential election. His slogan is "An everyday man for everyone."

"I believe that the people need to be the ones to run this country," Jaramillo said. "You have these other politicians that are in office now that say they’re for the people, but how can they actually be for the people when they’ve never lived like ordinary people?"

Jaramillo, who's registered to run as an independent candidate, said his platform will be heavily focused on the protection of children.

"A family member was molested at five years old and given a STD," Jaramillo said. "When it came time to go to court, they gave him probation because she wouldn’t testify at five years old. I want to make the laws more stringent."

Although Jaramillo admits he has no political background, he does have political advisors on his team. He said in a time where you don’t have to have political experience to be president, it gives him hope that he can one day achieve that.

"When you’re growing up, your parents, your teachers, everyone always tells you, you can be anything you want to be," Jaramillo said. "Come to find out its true, as long as you try."