Local organization marches to raise awareness on a deadly ethnic cleansing in Burma. 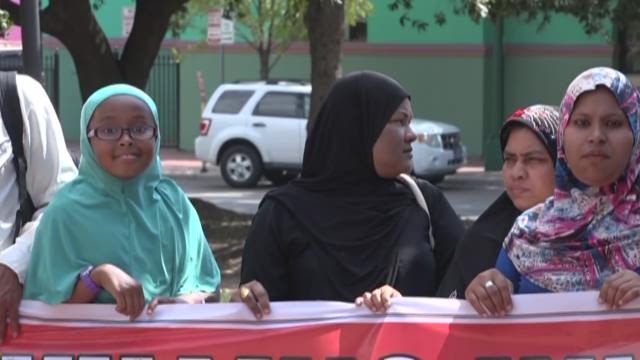 San Antonians rallied to raise awareness of the ethnic cleansing of Rohingya Muslims in Burma at Milam Park.

Members of the local chapter of the Council on American Islamic Relations (CAIR) and other local organizations marched holding banners and posters of the brutal killings.

Activists said it’s time to take action against the horrible crimes being committed.

“Injustice anywhere is a threat to justice everywhere and we have to fight for them," Husain said.

She said there are many videos circulating online of the brutal murders that include babies.

Activists said they want to shed light on the ongoing issue and get a bill passed that will bring an end to genocides around the world, starting with Burma.