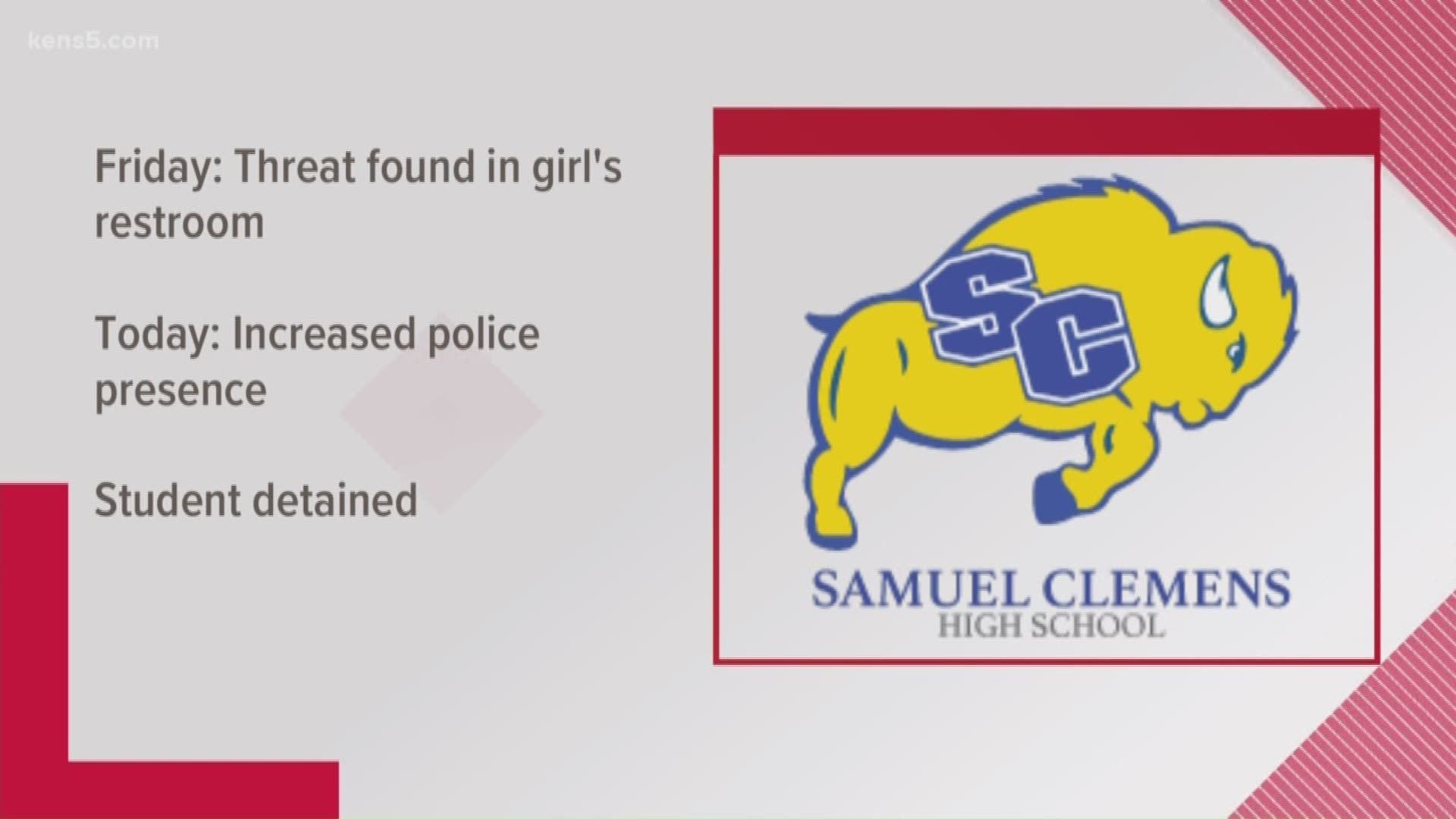 SAN ANTONIO — A San Antonio-area high school student was taken into custody after confessing to writing an anonymous threat on the wall of a girls’ restroom last week, specifying Monday’s date.

According to a Facebook post from the Schertz Police Department, a suspect was identified and interviewed as part of an investigation by Samuel Clemens High School administration and Schertz police.

“During this interview the student confessed to making the threat,” the post reads. “The student was detained without incident and transported to the Juvenile Detention Center in Seguin.”

There were added police and district staff on the campus of the high school on Monday. The student hasn’t been identified by authorities.