Just last week KENS 5 told you about Kimberly Morua and her partner's food trailer stolen out of their church parking lot. 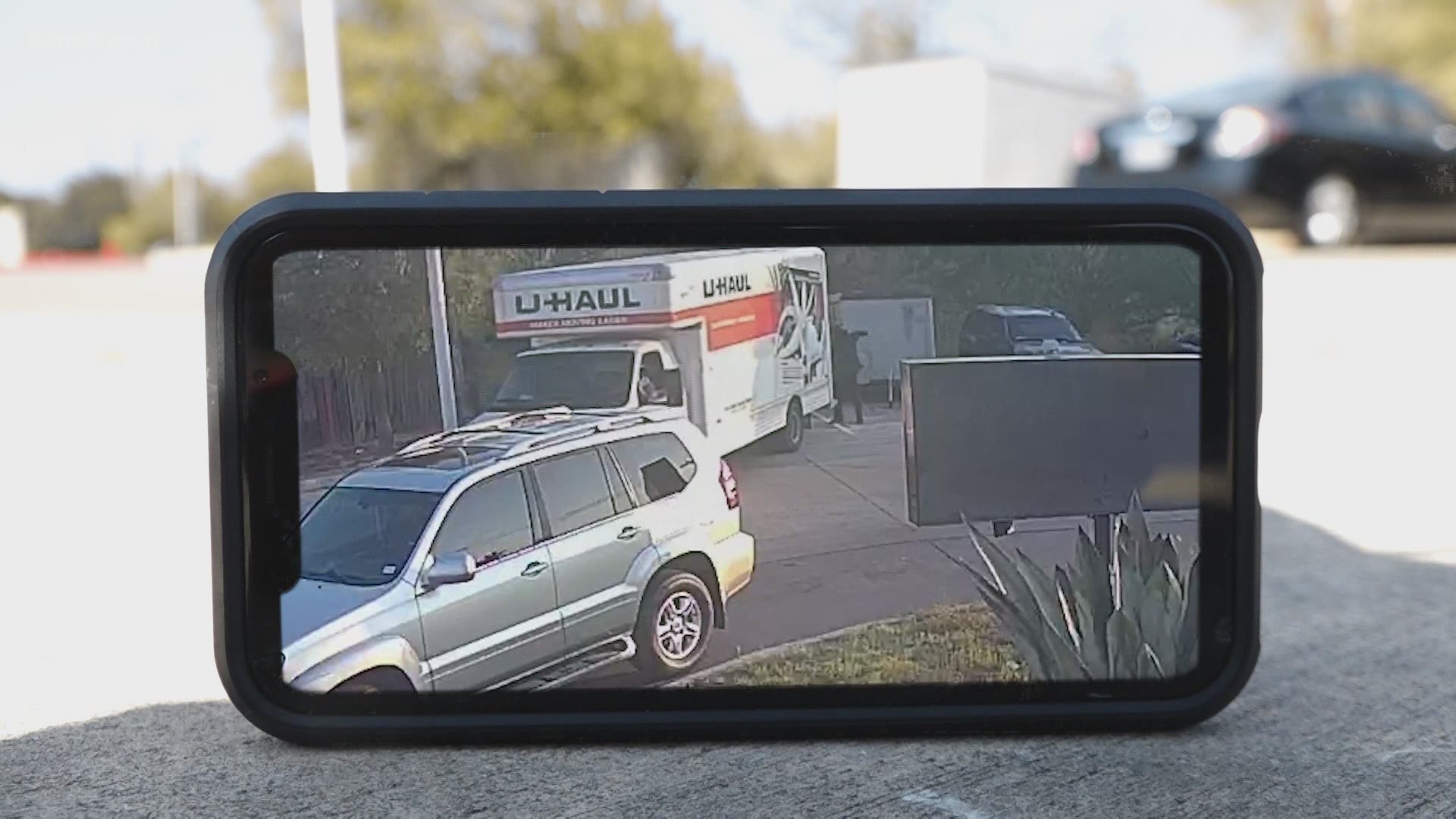 SAN ANTONIO — Not even cars snaked around the Fajita Express parking lot off Culebra Road could spot the culprits hidden in plain sight, appearing to be making off with a food trailer.

"I was in awe," Kimberly Morua said of the video circulation on social media. When she saw it she thought of just one thing.

The same truck she saw on her own surveillance camera doing the same thing.

Just last week KENS 5 told you about Morua and her partner's food trailer stolen out of their church parking lot. The trailer was later recovered completely gutted of all of its equipment leaving a $10,000 hole in their pockets.

"People are just wrong," Morua's partner said at the time. The people they're referencing are the ones she believes are responsible for both of these thefts.

"I knew it was the same people. I was like there has to be something going on," she said.

Morua believes the patterns on the side of the U-Haul trucks in the two different thefts are identical. While the owner of the recent trailer theft couldn't be reached he did advertise an award for anyone that has information on the incident.

Meanwhile, Morua will continue to share the posts in hopes that someone talks before another owner on the westside has to suffer.

"Someone somewhere has to know something," she said.