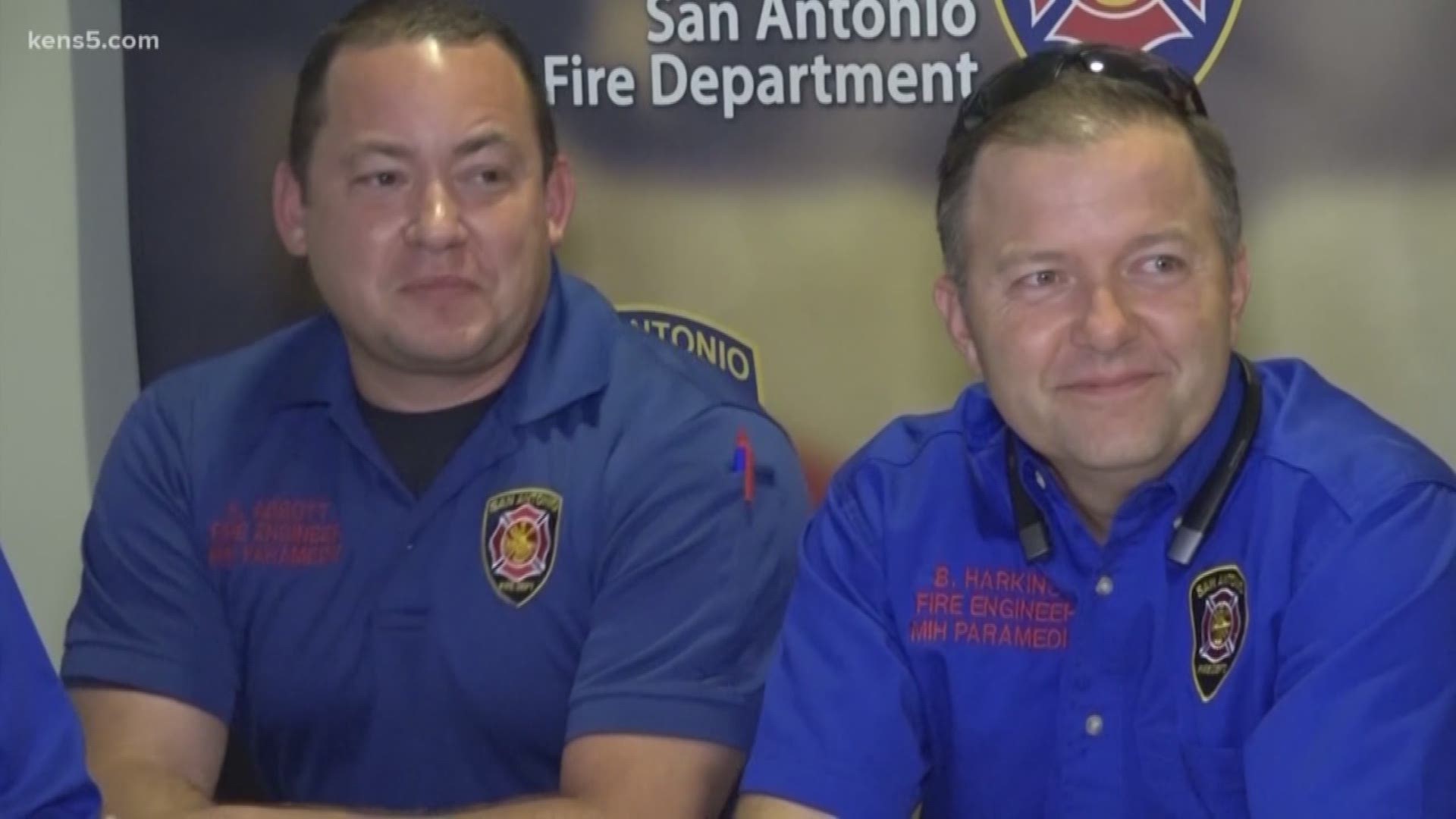 SAN ANTONIO — The San Antonio Fire Department is a pioneer when it comes to the future of healthcare.

What started out in 2014 as a pilot program to find a solution for chronic 911 callers, has turned into a full-fledged community outreach initiative.

The highly-trained guys are changing lives.

"This gentleman had a called between SAPD and us, SAFD […] almost 150 times in little over a year,” said MIH Paramedic Brian Harkins. “[He was] really just crying out for help."

Harkins has seen how the right help can transform lives.

The example is one of many showing the success of the unique healthcare program.

MIH started a few years ago when the San Antonio Fire Department looked at their numbers. In 2013, dispatchers took 130,000 911 calls. Fifty thousand of those calls were made by the same 15,000 people dialing 911 multiple times within the year.

"Out of those 50,000 calls for service, we transported 28,000 times that 15,000 people. So they constituted for a large volume of calls,” said MIH Paramedic Chris Velasquez. ”Some of them are very, very sick. And then some … they don't really truly understand what may be [an] emergency is.”

The MIH Paramedics say it was a calling to join the new department.

"EMS was always a snapshot of someone's life. It's a picture, the still frame,” said MIH Paramedic Casey Maloney. “MIH is more like a film. You find out more about their lives, you see something instead of that one occurrence, one episode in their life. You have an understanding of why it's happening instead of just what happened. You find out why. So that's always something that I always enjoy."

The MIH Paramedics get to know the patient and their family, offer connections to local resources, schedule and attend doctor's appointments with the patient. The crew has even remodeled homes if the layout poses a fall risk. Their efforts have had a lasting impact on hospice patients, homeless individuals, people with substance abuse issues, mental health episodes and those with complex health problems who have not found a root cause to their ailments.

Family members have also taken note of the personalized care loved one receive from the MIH crew.

"We got her moved, got her safe,” said MIH Paramedic Byron Green. ”It was probably a year later, her sister from Houston texted me and she just said, ‘we have not forgotten what you've done for my sister.’"

MIH Paramedic Kelvin Broadnax also had family reach out when a woman who had enrolled in the MIH program later passed away.

“That bond was there, the bond with her family was there and as it turns out that I was invited to go to her life memory ceremony," said Broadnax.

David Miramontes, MD, FACEP, overseas the Paramedics and believes the program can continue to make a positive impact in our community.

“We're able to improve their lives to the point where they're off drugs, off alcohol, their psychiatric issues are managed and they're able to actually function instead of … calling 911."

Paramedics say the patients who are enrolled in the MIH program have had a 67 percent drop in the number of times they've called 911.

The MIH program uses a referral process. First Responders, doctors and community partners refer patients to enroll in the program.