"It's nice to be able to add something new and amazing to this community which deserves it so much." 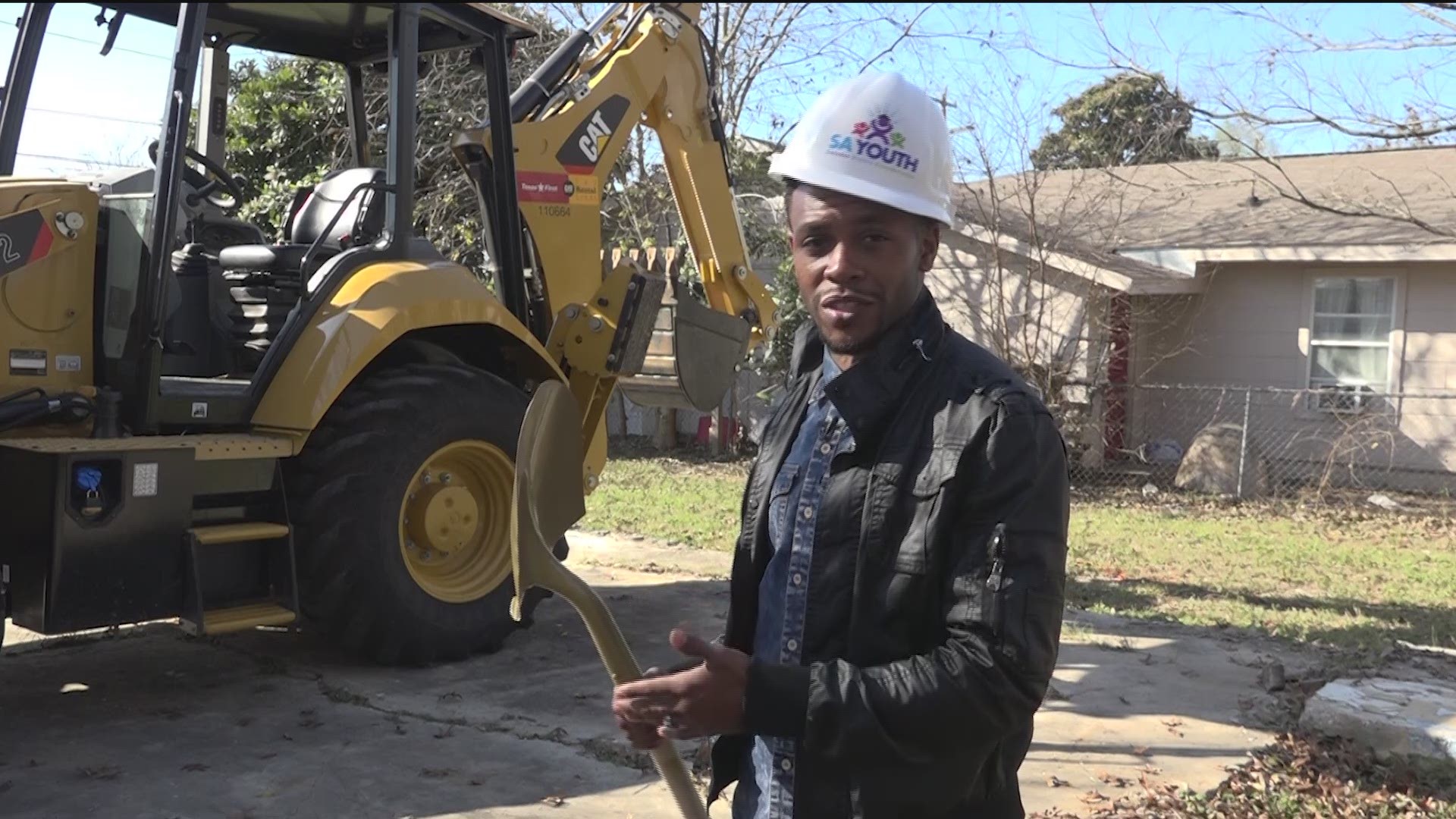 SAN ANTONIO — SA Youth's YouthBuild program broke ground Tuesday on a lot on the city's east side in preparation for building a second house for a family in need.

YouthBuild empowers at-risk youth with the tools, knowledge and certifications to participate in the construction of a home. Harvey Najim, founder of the Harvey E. Najim Family Foundation, announced his support of the projects as YouthBuild sets out to simultaneously build two homes in the same community.

"It's nice to be able to add something new and amazing to this community which deserves it so much," Ciaravino said.

JohnRene Vasquez was one of the YouthBuild students with shovel in hand at the groundbreaking ceremony.

"If it wasn't for this program, I'd probably be on the streets," he said.

Students between the ages of 16 and 24 who have struggled in the traditional classroom environment find refuge and new beginnings in the YouthBuild program.

His foundation works closely with organizations like SA Youth that ensure the bright future of our city's young people.

To learn more about SA Youth's mission and involvement in the city, visit www.sanantonioyouth.org.