Avren Resendez says his daughter is recovering after suffering deep cuts on her face due to the bite. 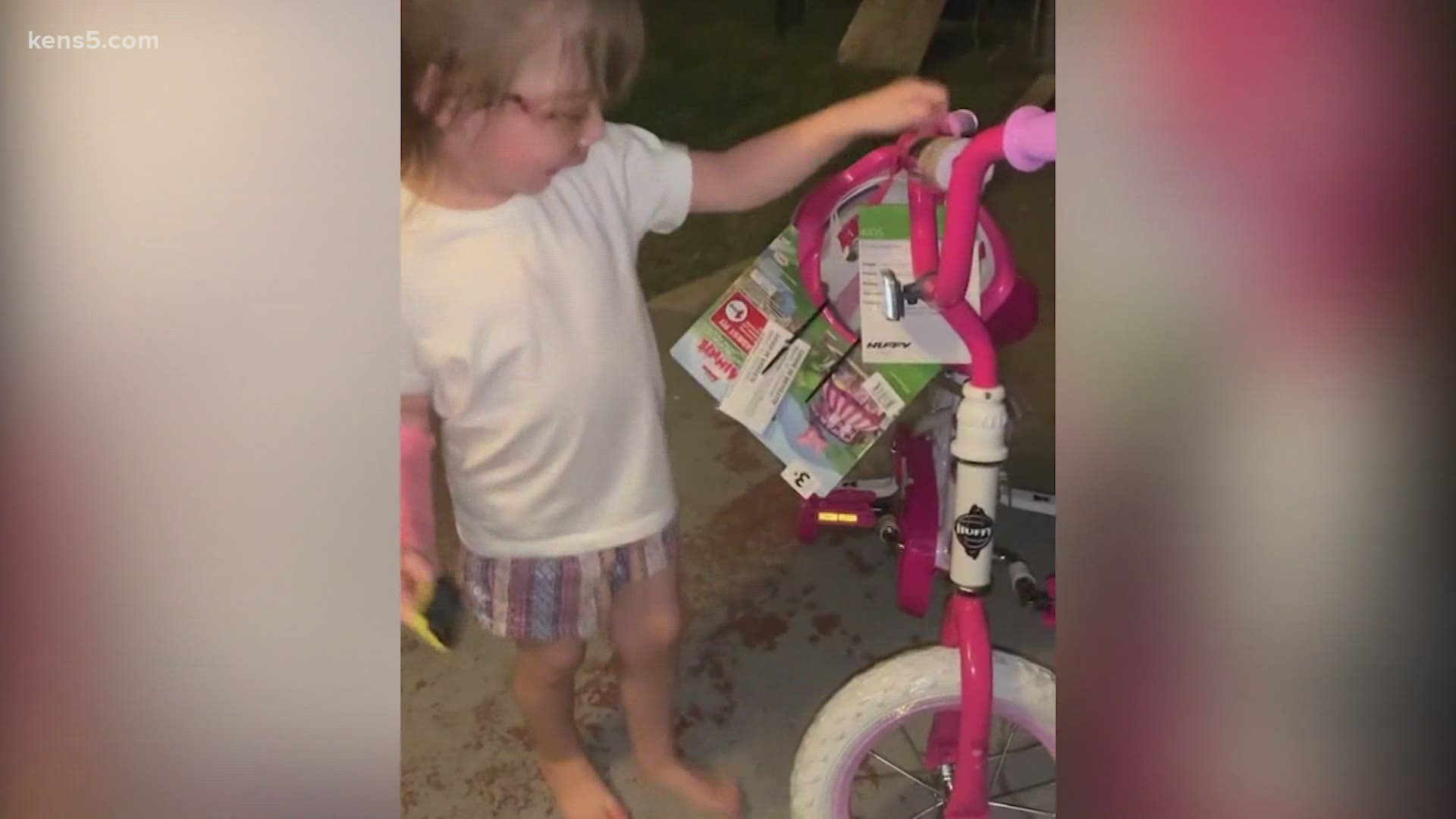 SAN ANTONIO — A resilient 3-year-old girl faces a long road to recovery after her father says she was bitten by a bulldog last week.

Avren Resendez says his daughter, Violette, was in a restroom with his roommate and her dog after they returned from a walk on July 12.

“I heard my roommate yell, ‘Leia, no!' As soon as I heard, that I knew,” Resendez said. “I ran to the restroom to see my daughter on the floor and my roommate kind of like, in between her and the dog. But the dog was underneath her arm, and she had my daughter by her face."

He had to pull the dog off of his daughter a second time before rushing out the door to University Hospital.

After hours of waiting, Violette was admitted for surgery. Resendez estimates his daughter had five layers of stitches.

“As soon as I saw her all stitched up, it was almost like a weight was lifted off my shoulders,” he said.

But neighbors have rallied to the family's side. Resendez said he was blown away by the support he received the community after setting up a GoFundMe page for Violette’s medical expenses.

“Please help us stay afloat while we take the time off to give our daughter the care that is necessary for her recovery,” Resendez wrote on the page.

“A lot of people are saying, you know, kids are resilient and it’s true because she’s great,” Resendez said

The father says he’s focused on helping his little girl heal and raising the funds to pay for her care.

“Just know that Violette’s OK, and we’re doing the best to take care and keep up with everything,” Resendez said.

Resendez says his roommate’s dog was taken to Animal Control after the incident.