It took only a few minutes for the rush of water to overwhelm their homes, residents say. 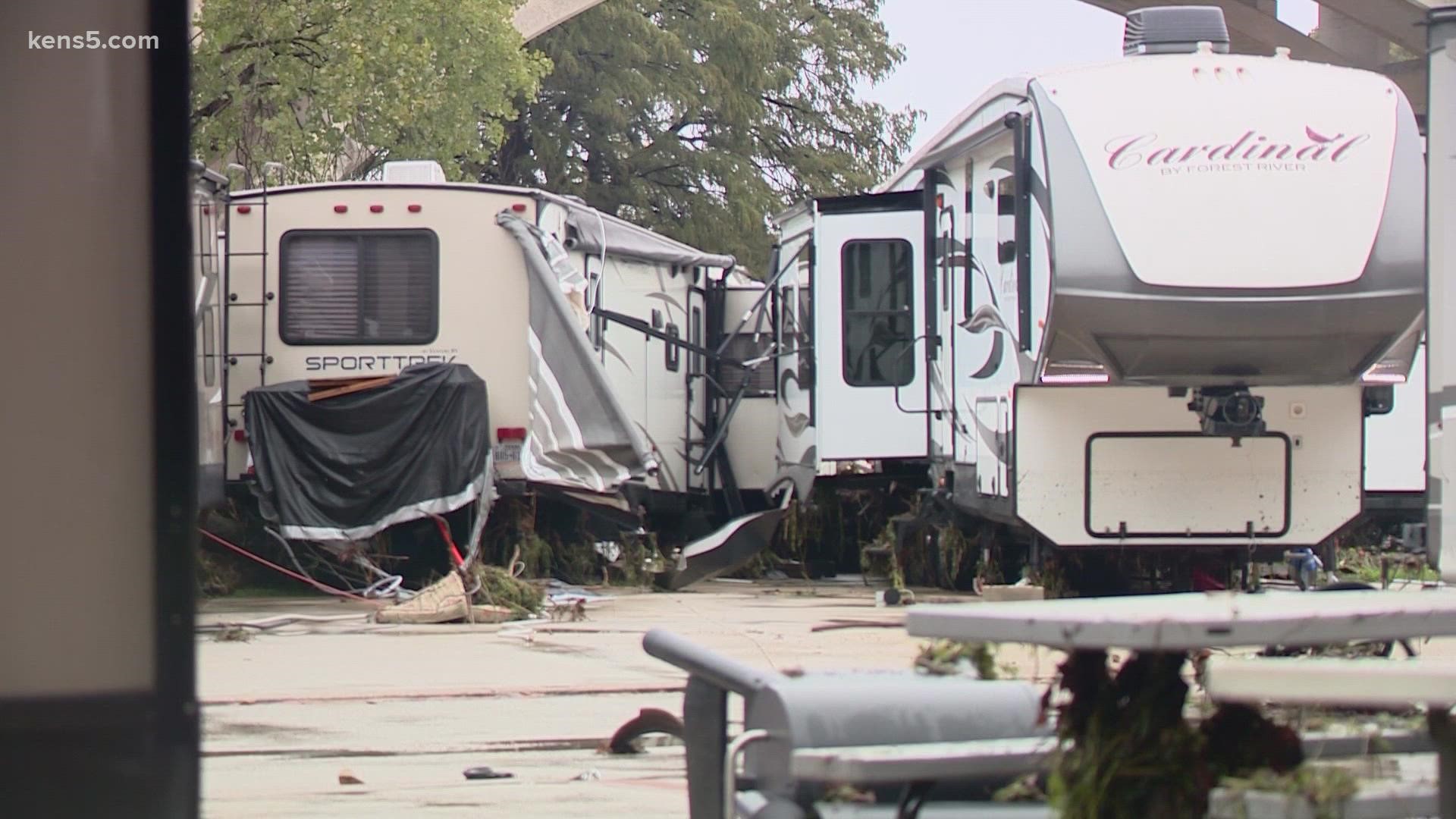 “I swept out most of it," said Ken, one of the residents at the New Braunfels RV park. "Well except for what’s soaked in there."

He says it took only minutes for water to rise and reach inside his home.

“We have an alarm here that goes off when the water raises. I heard that, and once I realized that’s what it was, I came out and the water was flowing hard,” Ken said.

The swift-moving waters were so strong it moved trailers, knocking them into each other. Fortunately for Ken, one RV barely missed him home.

“It was fast when it started. I’d say 15 minutes and it was flooding my trailer and it was almost to her door while we were talking to 911,” Ken said.

Picnic tables, grills and even a motorcycle which were in one spot Wednesday night ended up in another hours later. Even with such an uphill battle to recover, Ken says he’s counting his blessings.

“There’s no insurance on this now anymore since it’s paid off," he said. "But at least it’s not bad enough that I can’t take care of it."