VIDEO: Moments before road rage shooting, victim was confronted by suspect at gas station in Humble

Precinct 4 is searching for Marvin Barnette, 33. He is charged with two counts of aggravated assault with a deadly weapon, the constable's office said. 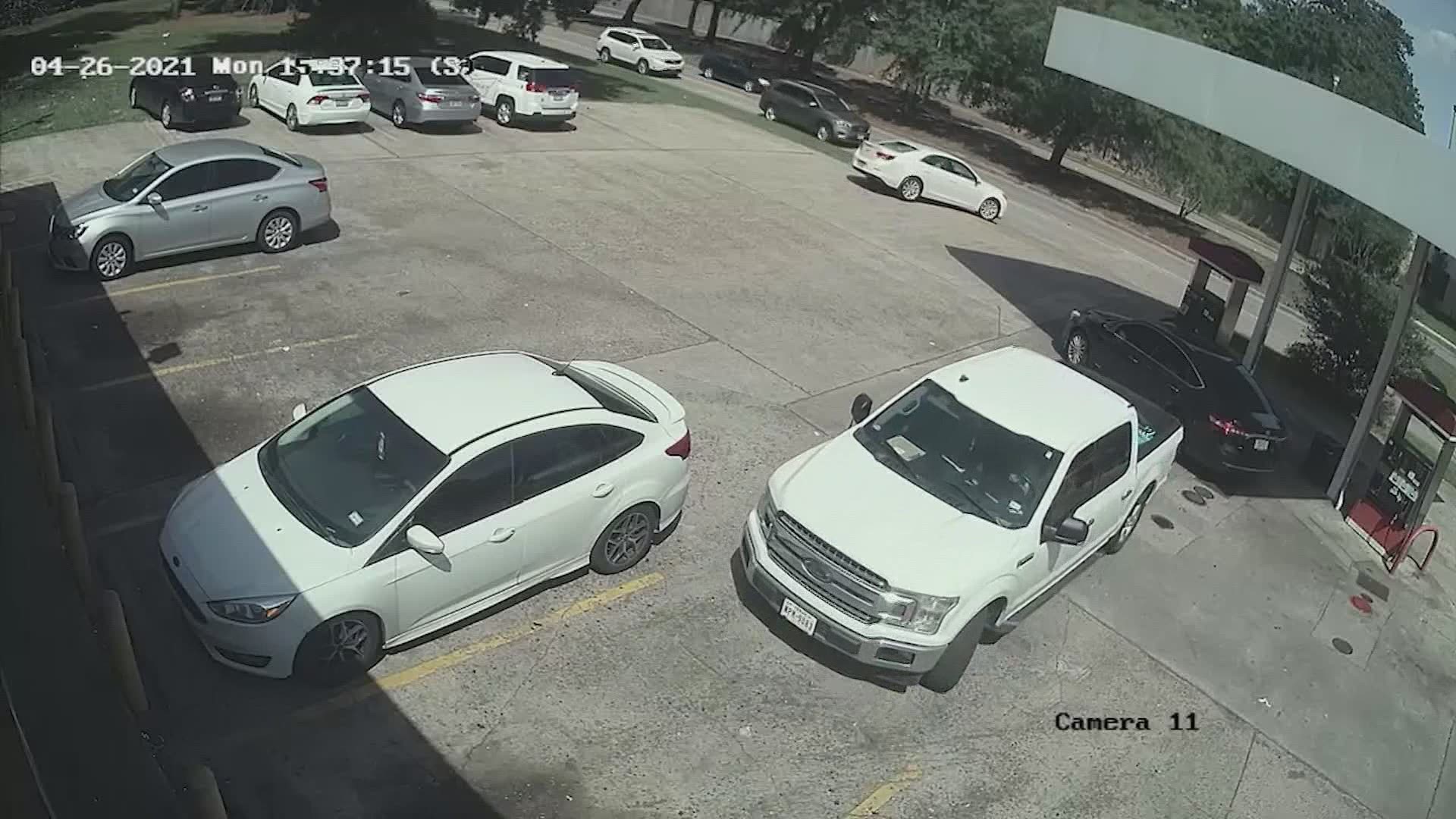 HARRIS COUNTY, Texas — The Harris County Pct. 4 Constable's Office has identified the man accused of shooting a father of four during a road rage incident in Humble last month.

His name is Marvin Barnette, 33, and a warrant is out for his arrest, according to the constable's office. They said he's charged with two counts of aggravated assault with a deadly weapon and two counts of felon in possession of a firearm.

Investigators said the suspect and victim first crossed paths at the 7 Days Food Store on Kenswick Drive near FM 1960 about 3:40 p.m. on April 26.

The men got into an altercation, which was caught on video. Deputies said Barnette confronted the father before following the victim from the gas station to the 800 block of Stagewood Drive.

“I was in shock, originally. I didn’t even know I got shot. I didn’t feel it until I started feeling blood rush down my leg," Jose Gutierrez said. He had been shot in the hip. “I didn’t even really know what was happening until I got to the stop sign."

In the surveillance video, Gutierrez is shown backing up his truck and almost hitting a black Toyota Avalon.

Gutierrez said the other driver walked up, knocked on his window and told Gutierrez he almost hit his car. The victim said he then apologized and thought that would be the end of the encounter.

“He had real aggressive body language like he wanted to escalate to a fight, and I said, 'I’m not going to fight you over something that didn’t happen,'" Gutierrez said.

Precinct 4 deputies said what you can’t see on the video is the black Toyota Avalon followed Gutierrez out of the gas station and fired into Gutierrez’s car in a neighborhood nearby.

“Thank God. I must have had an angel on my shoulder," Gutierrez said. “I feel good. Just praise God it wasn’t somewhere more dangerous that could have ended my life."

The husband and father of four was rushed to the hospital and now just hopes people will pay attention.

“I hope people do keep their eyes out. This guy is a dangerous criminal that obviously wants to kill people over nothing, and I think he deserves to go to jail," Gutierrez said.

Gutierrez said he needs surgery, but right now the bullet is still lodged in his hip.

If you have any information regarding the suspect's whereabouts, please call the Precinct 4 at 281-376-3472.