Officials said the man was taken to the hospital in critical but stable condition. 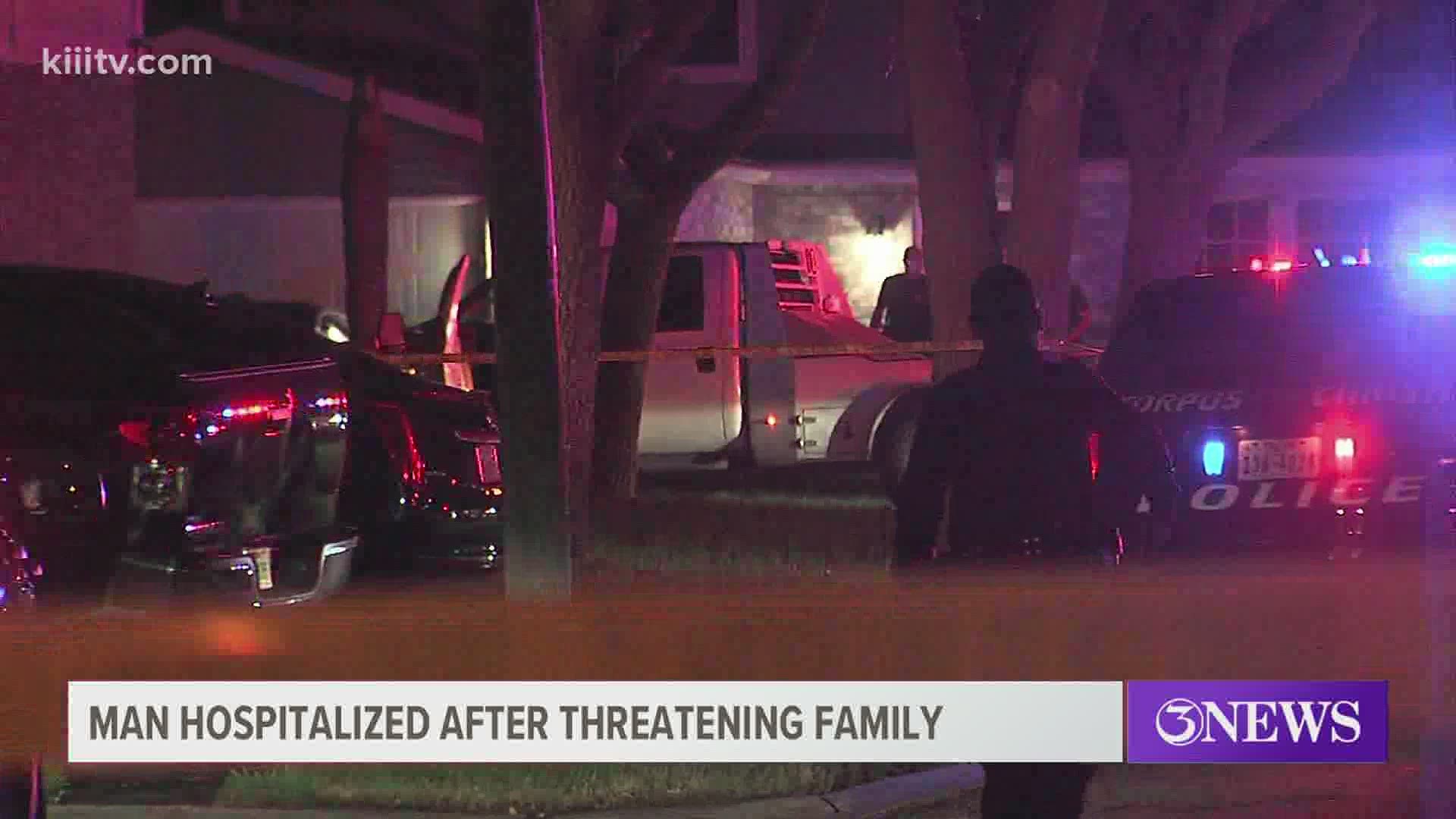 CORPUS CHRISTI, Texas — A man was shot multiple times by Corpus Christi police after officers responded to a family disturbance on the 4900 block of Shadowbend Sunday night, officials tell 3News.

Officers responded to the family disturbance call just after 9 p.m. Officers said the person who called 911 told dispatchers that a family member had a gun and was threatening to kill them. Officers arrived at the scene and talked to family members, but the person had left the scene.

Officers stayed around to see if the person would come back. When he did, he returned in a vehicle; that's when officers attempted to pull the man over. Officers say the man got out of the vehicle with a gun.

A nearby surveillance camera caught dozens of rounds of gunshots going off.

The officers immediately began to provide first aid to the offender while waiting for an ambulance to arrive on scene. The offender was transported to the hospital and at last update was in critical but stable condition.

All officers involved have been placed on administrative leave pending an investigation.

This is a developing story. Stay with 3News for updates.