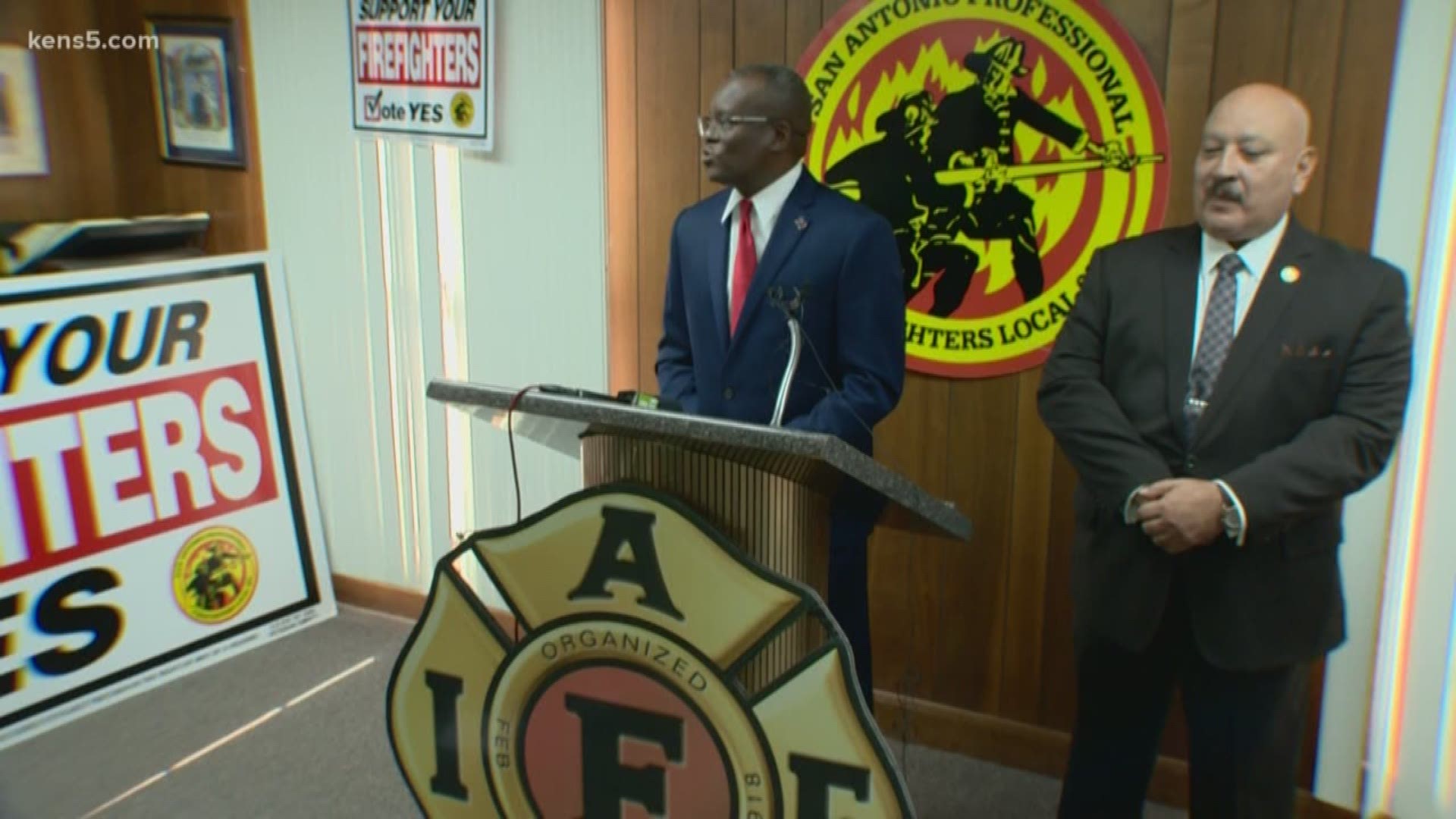 SAN ANTONIO — Editor's note: The above video was originally published on July 2, 2019.

In a news release Thursday, SAPFA President Chief Christopher Steele said: "This compensation plan and healthcare package protects the firefighters and the citizens and keeps us as one of the highest compensated Fire Departments in the great state of Texas."

The union scored a win during 2018 election when voters narrowly approved Proposition C, requiring the city to participate in binding arbitration when contract disputes arise with the Professional Firefighters Association. In 2019, the Firefighter's Union invoked that right.

Propositions B and C passed in November 2018. The city charter changes capped the salary and term limits of future city managers, as well as amended how contract disputes are resolved.

In July 2019, the City of San Antonio announced that the union broke off mediation negotiations with the city and called for arbitration.

At that time, a spokesperson for the city said it would keep negotiations confidential, adding that the city "offered a generous, affordable and balanced compensation and health care proposal that would have maintained our firefighters as the best compensated in the state."

Since 2014, the San Antonio Professional Firefighters Association, Local 624, has been operating under an expired contract

RELATED: Firefighter union reacts to passing of Props B &C

Further details will become available at a news conference Thursday afternoon. KENS 5 has also reached out to the Mayor's office for comment.