Jourdyn Parks, 29, has been vocal in advocating for reforms and divestment in law enforcement. 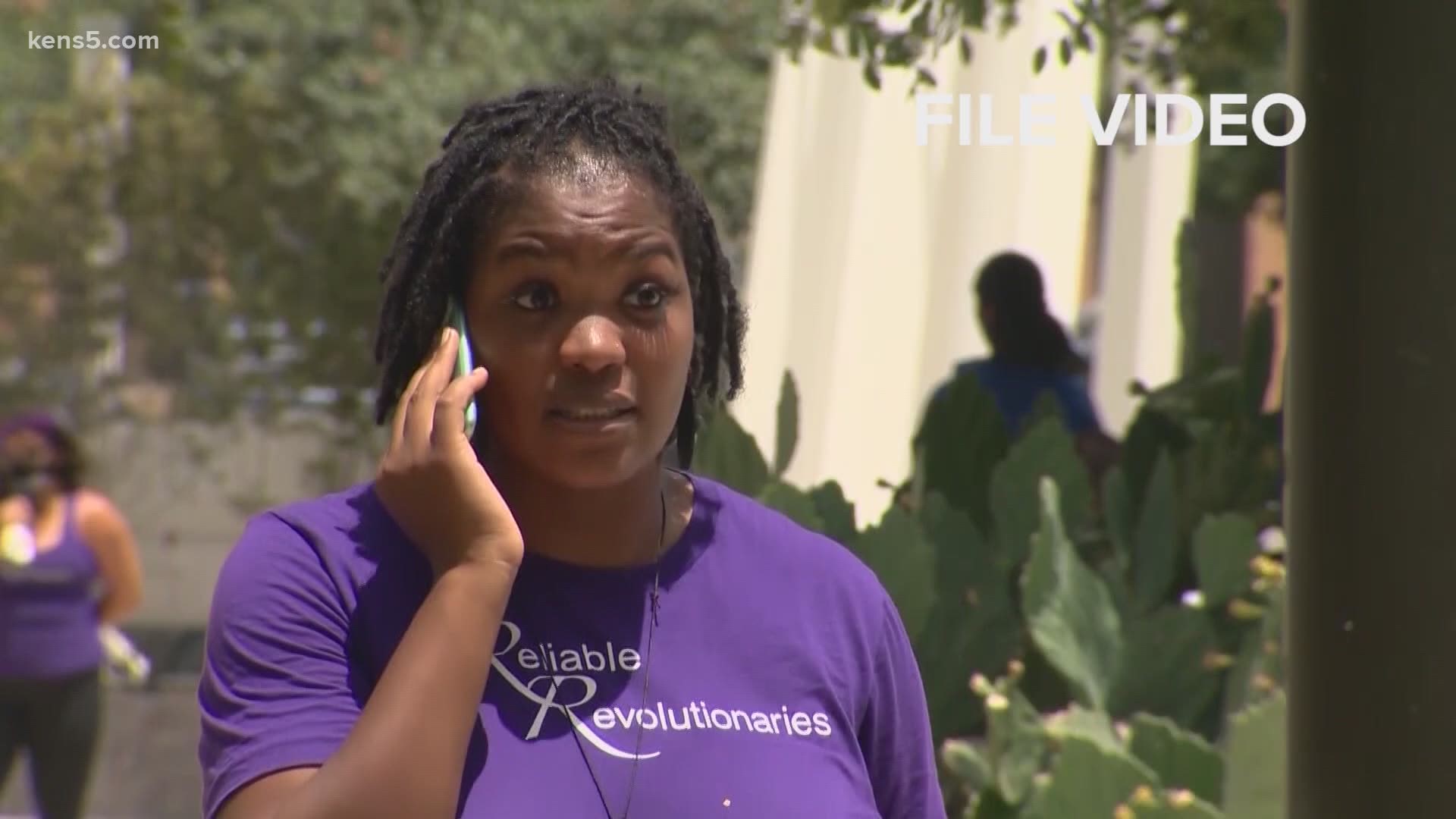 SAN ANTONIO — The founder of a local activist group who has been vocal in advocating for reforms and divestment in law enforcement was arrested Wednesday after allegedly leaving her kids, ages 2 and 8, home alone to attend a Black Lives Matter meeting, according to a report from the Bexar County Sheriff’s Office.

Jourdyn Parks, 29, is facing a charge of abandoning a child with the intent to return, a state jail felony.

According to a preliminary report from the sheriff’s office, deputies were called to a home in far northeast Bexar County for a welfare check after receiving a report that children were left home alone. When deputies got to the home, they said they saw the 2-year-old and 8-year-old looking out of a window, the report states.

Deputies noted in their computer-assisted dispatch log “children have stated their mother gives them medicine ti make them sleep while she is gone” (sic).

According to the report, the 8-year-old girl opened the window and began talking to deputies. According to deputies, the girl told the officers Parks “went to a Black Lives Matter meeting and said she’ll be back soon.” The report stated that the girl told deputies Parks used to take them to the meetings but stopped and “often leaves them alone to go to meetings.”

An investigator with Child Safe was called to the home and interviewed the children while also documenting conditions of the home, the report stated.

"What they found inside was some pretty deplorable conditions," Sheriff Javier Salazar said. "Feces, excrement on the floor. Human -- they believe it to be human -- there was no animals in the house that they could see. There was old food with insects flying around and not a lot of what you would consider wholesome food that you would want these kids to eat, but it was just old food wrappers that were gathering insects."

When Parks returned home, she was told she was under arrest, and she requested an attorney. The report states Parks told deputies she was out getting her phone fixed and intended on being "gone for at most 2 hours."

Online records show her bail was set at $6,000, but Parks was released on her own recognizance.

Deputies took the children to the Children’s Shelter, according to the report. Salazar said Thursday afternoon one of the children had been returned to a non-paternal custodian while the other was awaiting the arrival of someone from outside San Antonio.

Salazar said deputies had been called to the home at least three times in the last month. According to the details of one call for a welfare check, which was requested by an unknown caller on Tuesday, the caller told the dispatcher Parks had been leaving her kids alone, starving them and drugging them. The caller told dispatchers they had been sneaking the children food on occasion, records state.

Parks has called for city leaders to divest in San Antonio Police, and just weeks ago, she was seen protesting outside the Bexar County Jail following the shooting death of combat veteran Damian Daniels.

Asked whether Parks' arrest was retaliation for her activism, Salazar said Parks "has nobody to blame but herself."

Hours after her arrest, a Facebook belonging to Parks shared a post which read in part: "The fact that you thought that something like this was going to be enough to stop me from fighting against injustice shows just how little you know about me. If anything, you just gassed up the grill.” It’s unclear whether the post was in reference to Parks’ arrest.

KENS 5 reached out to Parks on Thursday morning and read to her the sheriff’s office’s preliminary report, along with entries made by deputies into their computer-assisted dispatch log. Parks declined to comment on the records, stating “I’ve been asked to hold off on giving an interview or statement regarding yesterday’s events and criminalizing single motherhood until after I pick up my babies and speak with my team first.”

KENS 5 also reached out to Parks’ attorney and has not yet heard back as of this publication.

On Thursday, the Eyewitness Wants to Know team filed an open records request for the 911 call and dispatch audio preceding Parks’ arrest. Because of the global pandemic, the agency may exceed the time set forth by state law to fulfill the request.