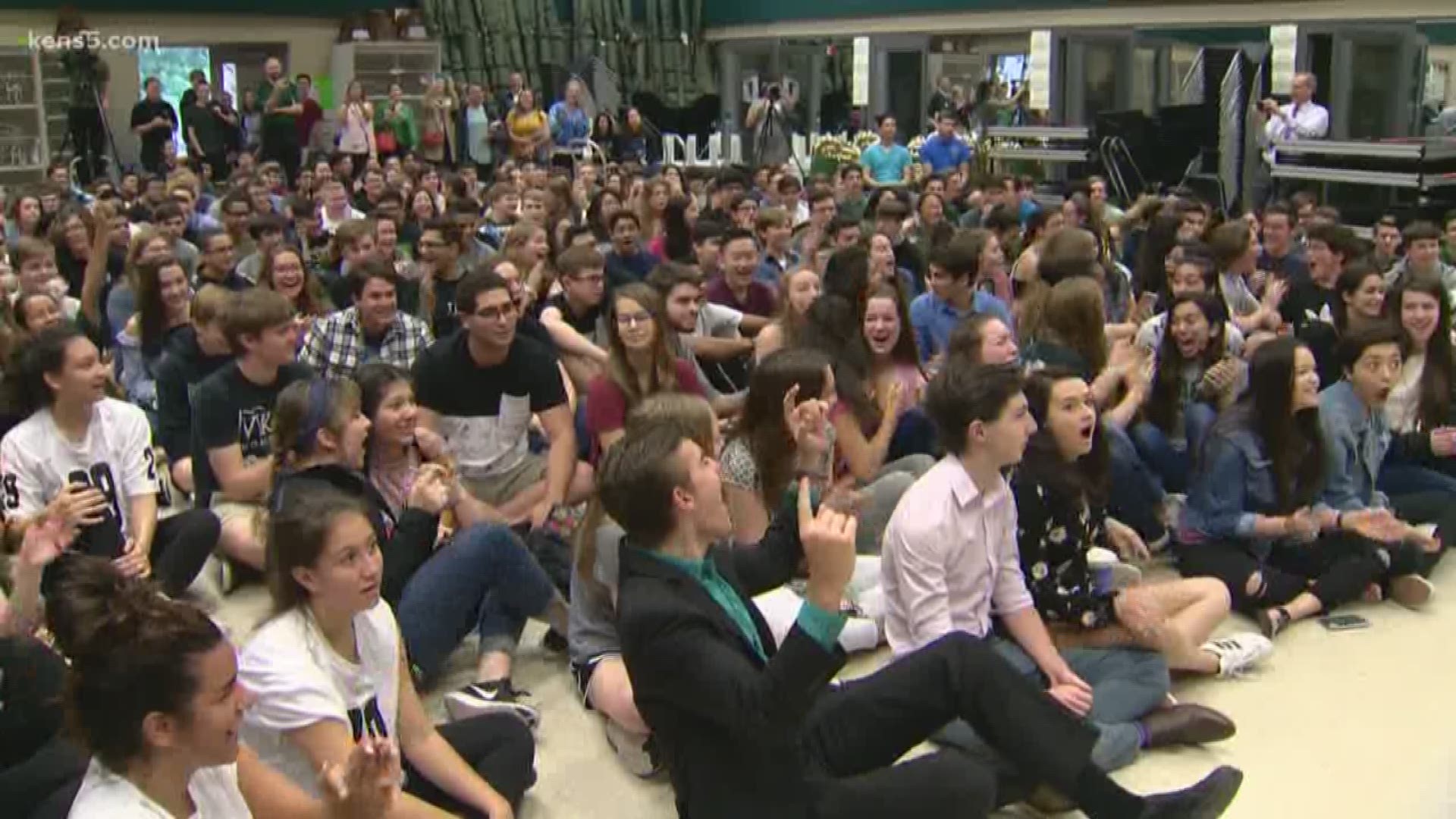 SAN ANTONIO — The Reagan High School band has been chosen as one of nine schools in the country to march in the Macy's Thanksgiving Day Parade in 2019.

The announcement came as a surprise to students during an assembly Wednesday morning. Macy's Parade staff worked with school staff to surprise the students, who did not know the reason for the assembly.

The band was selected out of hundreds of applicants across the nation.