Rainbow Crosswalk returns, may cause some traffic delays as it's being completed

Crews are currently working to bring the Rainbow Crosswalk back to life. 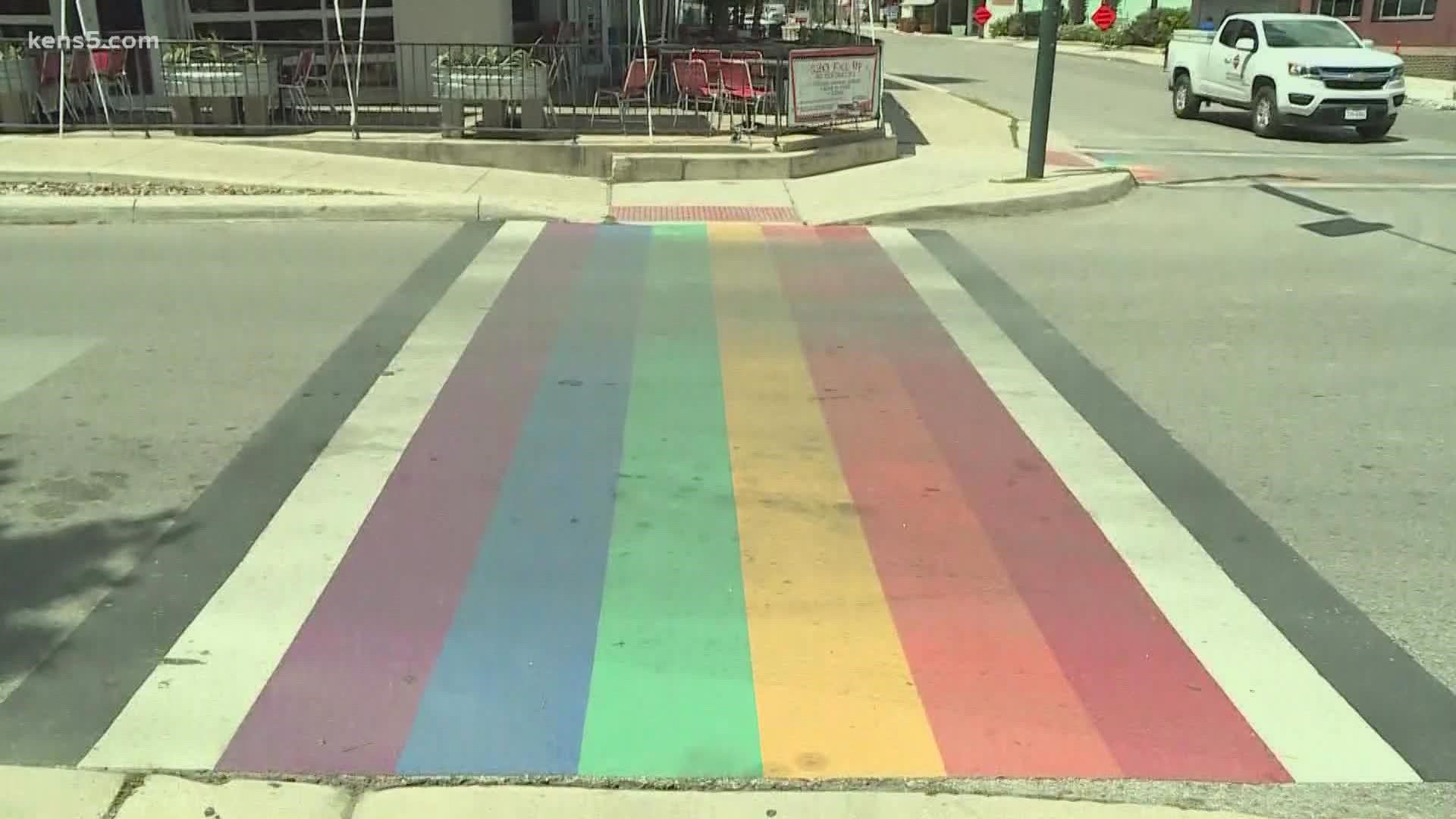 SAN ANTONIO — The Rainbow Crosswalk is getting reinstalled in an area north of downtown and work starts Monday, according to the City of San Antonio Public Works Department.

The Rainbow Crosswalk located at the intersection of East Evergreen Street and North Main Avenue is expected to last up to three years and will include updated ADA compliant ramps. VIA bus routes may be affected, so check routes for updates.

The Rainbow Crosswalk all started in 2017 when the city council approved the crosswalk two years after the U.S. Supreme Court made same-sex marriage legal. The crosswalk was installed in 2018.

That same year, Councilman Trevino said $25,000 in private funds were raised and about $20,000 in previously allocated tax dollars was also being used toward the project.