Bexar County Sheriff Javier Salazar and the executive director of the state agency that oversees jail standards both say there's no conflict. 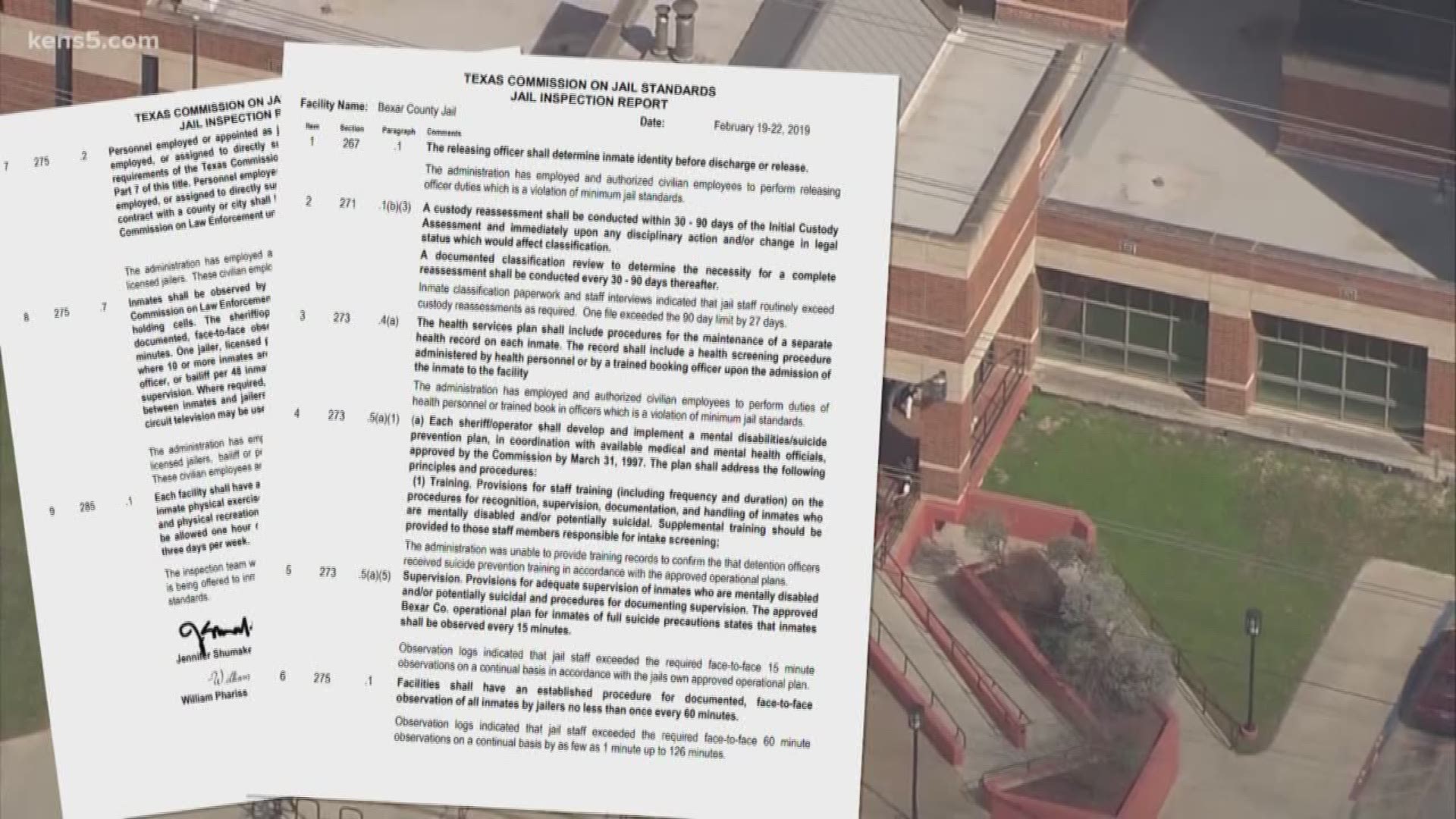 SAN ANTONIO —
After nearly a year of being out of compliance with state jail standards, Bexar County Sheriff Javier Salazar on Tuesday announced that the jail passed its recent inspection by the Texas Commission on Jail Standards.

In addition to his responsibilities at the jail, Rios travels the state teaching classes for the agency that oversees state jail standards, in conjunction with the Texas Jail Association and Correctional Management Institute of Texas.

Many of those classes, taught alongside Jennifer Shumake, the individual who recently inspected the jail. Rios was pictured teaching a Sept. 3 class with Shumake, and online records show the pair taught two other classes with Atascosa County Jail Administrator Martin Gonzales in September.

Despite the seemingly close working relationship between the pair, Salazar and Brandon Wood, the executive director of the TCJS, both said there is no conflict in Shumake inspecting the Bexar County Jail.

"That's how we met, is he was teaching a class with TCJS," Salazar said. "He'll be teaching a class with them next weekend if I'm not mistaken. To me, it just speaks to his quality of character and his job knowledge The fact that TCJS asks us to loan him over them so he can continue to teach those classes and help other agencies raise their game."

Eyewitness Wants To Know tried to get Rios' take during a Tuesday news conference, but Salazar responded, "I'm able to answer that for him, thank you."

Wood echoed Salazar's stance, telling KENS 5 that  it's common practice for inspectors to conduct compliance reviews at jails where they have close working relationships with the jail's leaders.

“It is not a conflict of interest," Wood said. "We partner with Texas Jail Association and their members to provide training to counties all across the state all the time. We interact with the stakeholders on a continuous basis and the level of professionalism by our inspection staff speaks for itself.”

Wood said that in the years they've partnered with the Texas Jail Association to put on classes, they've never had any allegations of impropriety stemming from trainer and inspector working relationships.

"If we were to prohibit members from TJA from teaching with us as we deliver training, I think it would be more harmful to counties across the state," Wood said. "It's not anything we have a concern with to be honest with you."

Wood said the only instance in which an inspector must recuse themselves is if they previously worked at the jail.

The inspection report has not yet been released.