The man in the video has not, however, been charged by authorities. 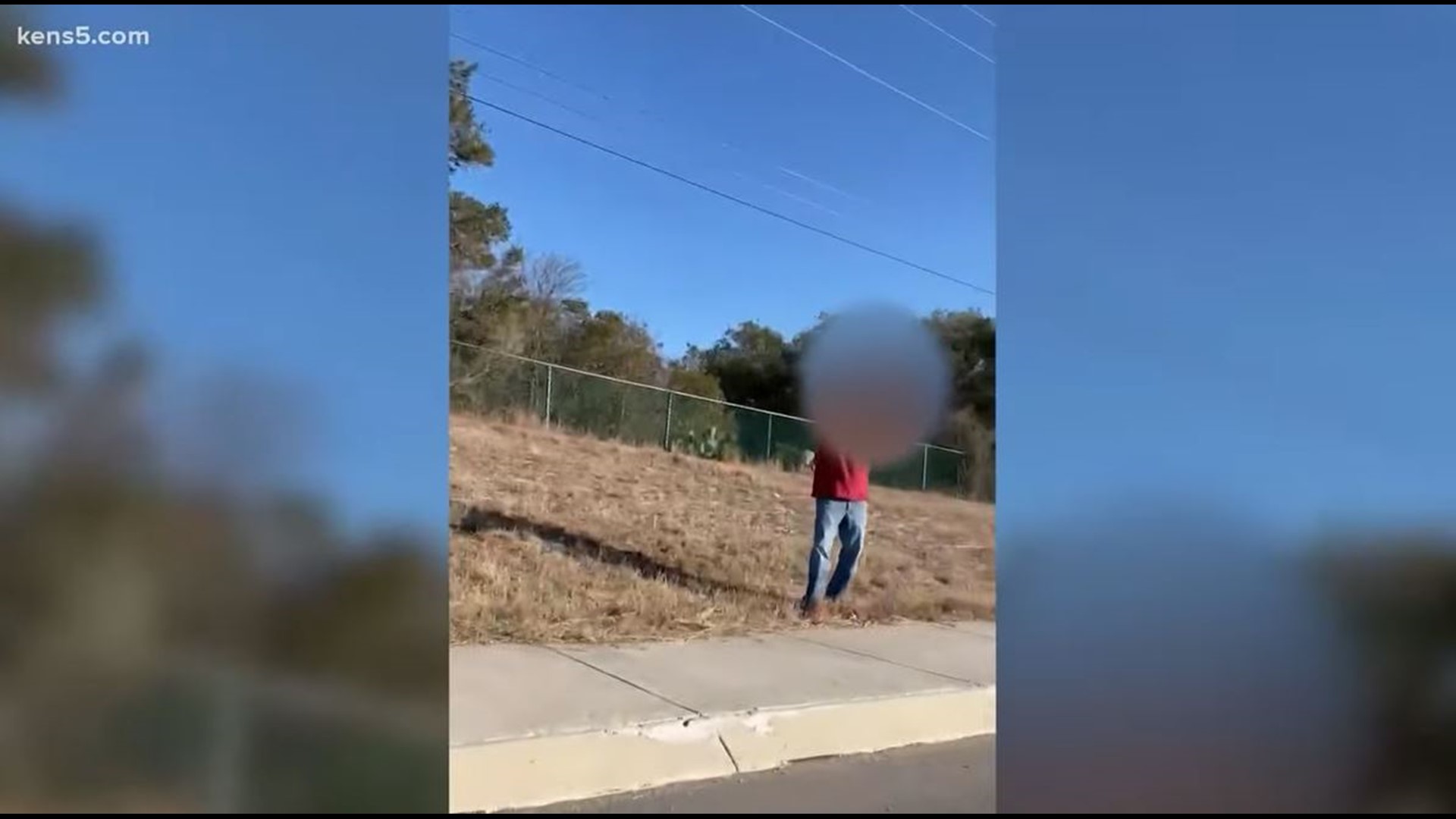 KENS 5 has blurred the face of the man in the video above because, as of Thursday, he is not facing charges,  according to San Antonio Police officials.

The grieving widow said a fender-bender preceded her husband's death, and she's now demanding that police arrest the person she says took his life.

In the video taken by Cynthia, she can be heard yelling: "You shot my husband."

"He took his last breath," she said. "And his eyes didn't look normal. His pupils were dilated, and I knew he was gone."

On Monday, Cynthia and Ryan, who is a father, were going home from a date. She never expected it would be their last. She said they got into a small wreck on Loop 1604 with the man she later caught on video.

She said that when they pulled over, they exchanged information. That, she says, is when things got heated.

A police report states Ryan and the man were involved in a verbal argument before the confrontation became physical. Cynthia said she told her husband they should leave, but the situation quickly took a turn.

"He went on to a hill and that's where he shot him," she said.

Cynthia said that after the man shot her husband, he sat on the side of the road to watch her and a stranger perform CPR.

"He kept performing CPR, I feel like just to comfort me," she said.

According to police, they took the man downtown for questioning. Preliminary information lists the 59-year-old as a suspect, but as of Thursday night, he has not been arrested.

"He gets to go home to his family, but because of what he did Ryan will never be able to come home to us," Cynthia said. "He took someone's life, and he needs to own up to it."

"The case referenced is an active investigation and it is important to state such to ensure the integrity of the case."

The couple had just gotten married in October. Cynthia moved from California to San Antonio to be with her husband. The family is now raising money for funeral expenses.