Why tigers are showing up in Texas neighborhoods 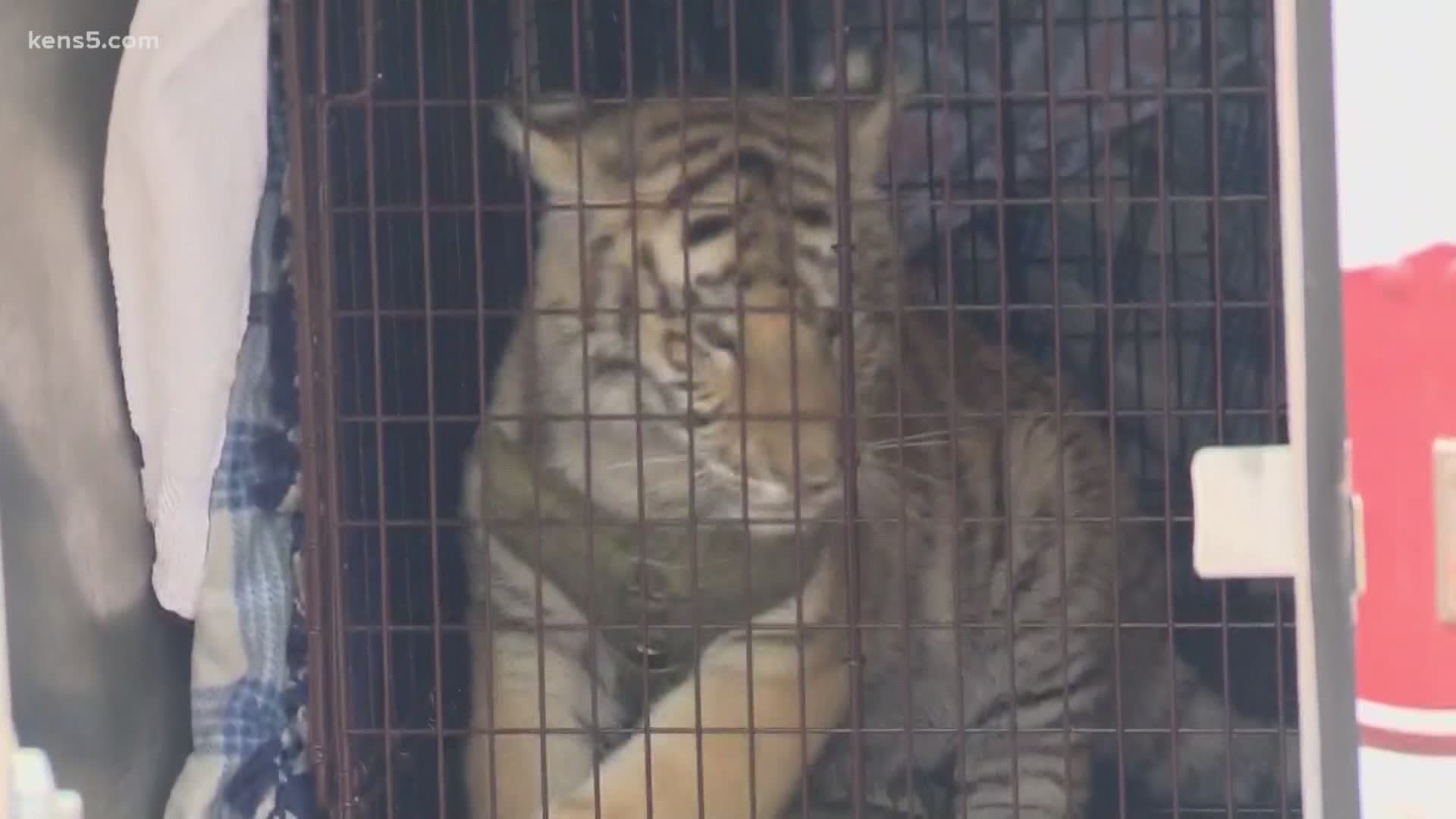 "Is it something that's happening with more frequency? Or is there just more awareness?" he asked. "I think it's a little bit of both."

It took law enforcement six days to locate a tiger roaming through Houston neighborhoods earlier this month. The search drew national attention, and "India" is now recovering at a wildlife refuge.

Though it's impossible to prove, experts have long half-joked there are more tigers in captivity in Texas than in the wild.

"Up until a few months ago, I wouldn't have believed it," Salazar said.

The sheriff says exotic animals are a status symbol for drug lords and cartels that can use the animals to intimidate.

"Who wants to be eaten alive by a tiger?" he said. "That may be something that adds to their mystic of being, quote-unquote, a big-time drug dealer: 'Oh my god, this guy is so big and good at what he does, he's got a tiger in his bedroom and he's going to feed me to it.'"

Salazar says there's no evidence anyone has been eaten, but noted the threat goes a long way. There is evidence some exotic animals are smuggled across the border, he says.

But Carole Baskin, a wildlife conservationist who became an internet sensation for her role in Netflix's "Tiger King" epic, says the vast majority of big cats found in Texas are born in Texas.

"The genesis of this was people like Jack Hanna and Dave Salmoni taking those cute little baby lions and tigers onto late night talk shows," she said. "People saw that and thought, 'I want to be that guy. I want to pet that cub.'"

She says that desire to tame the wild bred a lucrative, black-market petting zoo industry.

But big cats are unsafe for petting months after their birth. A tiger can easily remove a child's finger at about 16 weeks old.

"Once that happens, they often are just given away to stupid people who think you can turn a tiger into a pet," she said.

There is no federal law that clearly and explicitly bans the possession of big cats. Some states have outlawed the practice, but Texas leaves the decision to local municipalities.

"Counties don't have the time or resources to create rules and regulations, enforce them, and train their people with how to deal with loose tigers," Baskin said.

It is illegal to own a big cat in Bexar County. Salazar says BCSO applied for a federal grant that would pay for specialized equipment designed for exotic animals, like cages and animal rescue trucks.

Baskin is pushing for a federal law that would allow current big cat owners to keep their "pets," but ban selling, buying and breeding so the existing exotic animal population will die off. Owners would have to register their animals with law enforcement in the meantime.

She contends a change to federal law is the only way to stop the practice.

"The captive breeding of big cats is actually causing the extinction of big cats in the wild," she says. She says the prevalence of easily-accessible pet predators has made wild animals more valuable to poachers who want the "real thing."

It costs about $10,000 each month to properly care for a tiger, so captive exotic animals rarely outlive their wild counterparts, she says.

"(Owners) always tell you how much they love their cat, but I think what they really love is the attention that they get because they have control of that cat," she said.

"It's a heartbreaking thing," Salazar added. "You don't want to see such a beautiful, majestic animal kept in a condition like that."