Seguin pharmacy owner terrified after being robbed, suspects still on the loose

Merlin Tchawa Yigma, owner of the Seguin Health Mart Pharmacy, said he's never experienced such an event in the two years he's been in business. 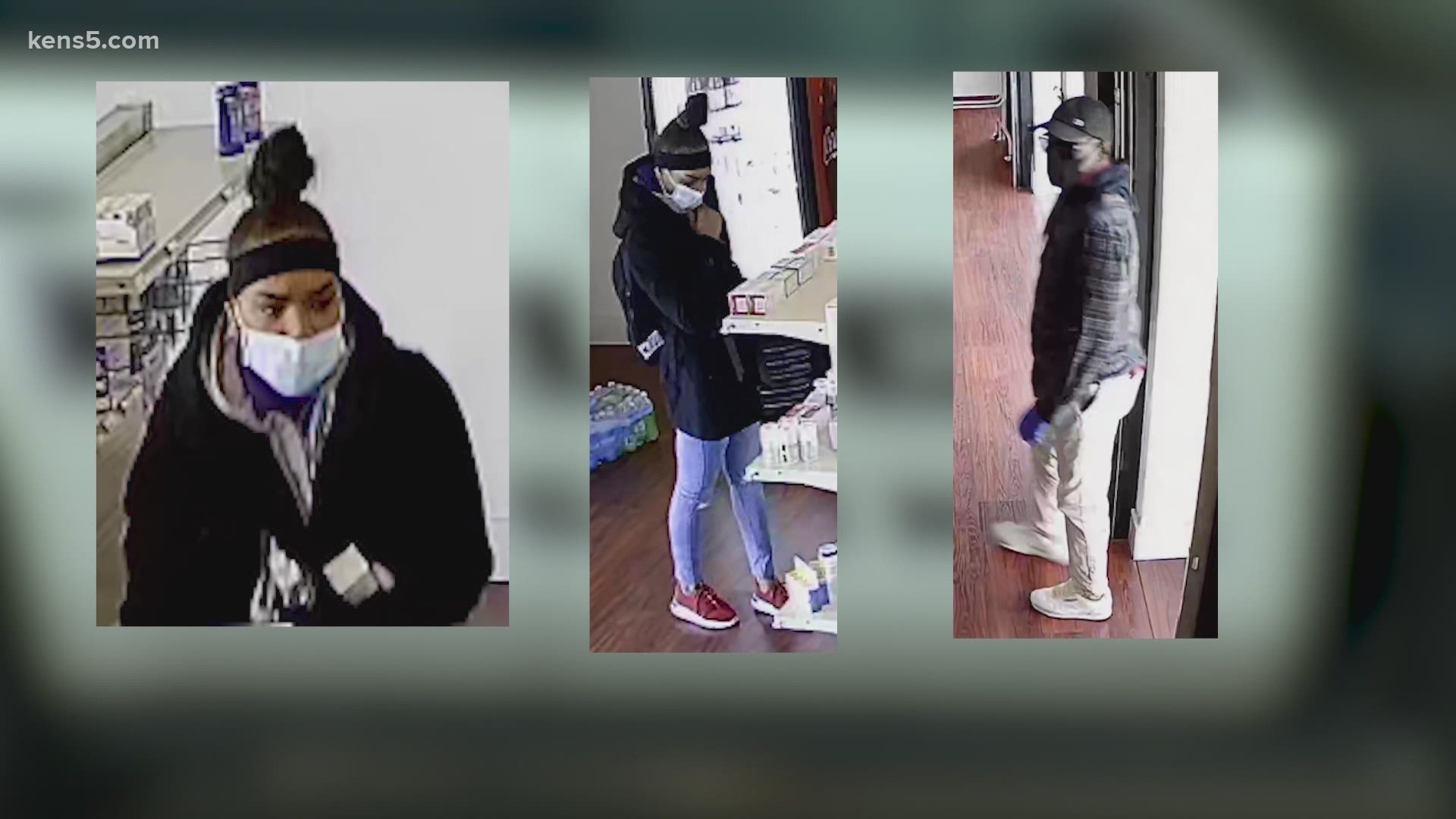 SEGUIN, Texas — Seguin Police are searching for robbery suspects who allegedly stole thousands of dollars' worth of drugs and cash one week ago.

Police responded to reports of a robbery at Seguin Health Mart Pharmacy located on the 200 block of E. Court Street.

The owner, Merlin Tchawa Yigma, recounted the terrifying experience when he was in the process of stocking up the shelves.

“It was frightening because I’ve never had to deal with this kind of stuff in my life,” Tchawa Yigma said.

The two armed male suspects demanded money and CBD, among other items.

“He pulled a gun and then the other guy also pulled out a gun, so I had two guns pointed at me at the time,” Tchawa Yigma said.

He proceeded to comply with their orders, opening the safe and allowing them to grab the contents. Nearly $9,000 in cash and product was stolen.

The robbers carried Tchawa Yigma to the back of the pharmacy before they took off in an early-2000s Chevrolet Suburban.

But Tchawa Yigma managed to free himself from the restraints and alert a neighboring business to call 911.

Tchawa Yigma’s business of two years has been under financial pressure even since before the pandemic. As a result of the robbery, filling prescriptions has been delayed.

“I had to postpone the refill for a new customer. I had to ask my customer to wait a few more days until I order the same medication for them,” he said.

Police are searching for two men and a woman who are believed to have been suspects involved in the Dec. 14 robbery.

Those with information leading to identifying and arresting the individuals pictured in the surveillance images are urged to call the Seguin Police Department.