16-year-old Alexandra Martinez was found in Moses Lake Washington. 28-year-old Andres Hernandes has been arrested and charged in the case. 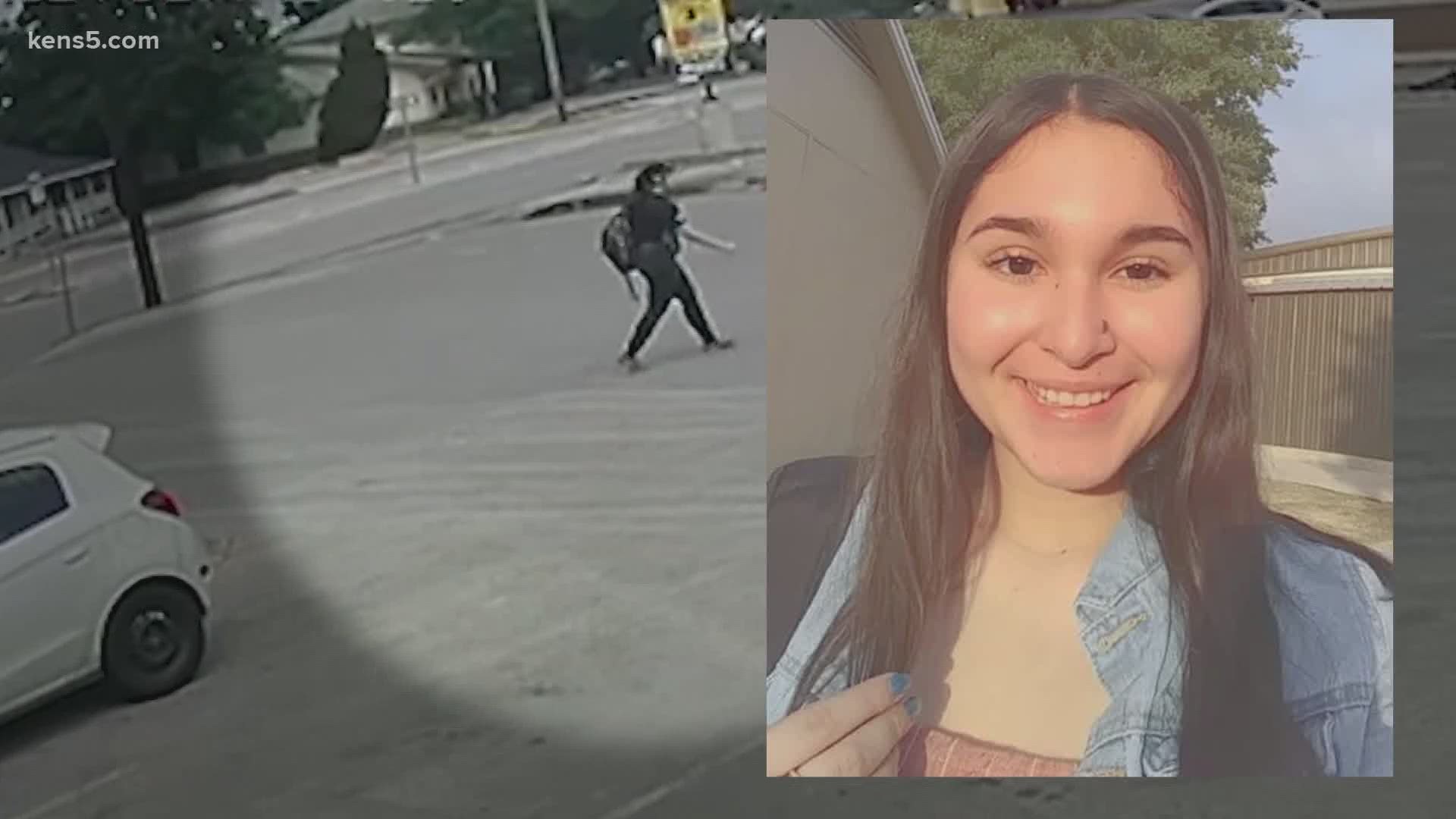 SAN ANTONIO — UPDATE: San Antonio teen Alexandra Martinez has been found safe in Washington State after disappearing from her job with a coworker several weeks ago.

That coworker, 28-year-old Andres Hernandes, has been arrested and charged with kidnapping in the case.

Alexandra Martinez's parents said they have not heard from her since Monday and believe she took off with a man more than 10 years her senior.

"As a parent, you’re never prepared for this," said Martinez's father, Manny Martinez. "I mean, I see this on TV all the time, but I never thought this would happen to us."

Manny Martinez said he believes law enforcement could do more to bring his daughter home, including issuing an AMBER Alert, though San Antonio Police officials said the circumstances of his daughter's disappearance do not meet the state's criteria.

"We believe she probably willingly got into that vehicle," said San Antonio Police Department spokeswoman Sgt. Michelle Ramos. "But at this time, like I said, it doesn't meet the activation criteria that's required by DPS to issue an AMBER Alert."

According to the Texas Department of Public Safety's website, authorities must believe she disappeared unwillingly and her circumstances must pose a credible danger to her health and safety.

Video from the Dominos in the 100 block of Bandera Road, where Alexandra Martinez worked, shows her walking toward a vehicle parked slightly out of the frame and appears to show her willingly entering it.

Martinez said whether his daughter left willingly shouldn't matter under these circumstances, noting he suspects an inappropriate relationship between the pair.

Martinez described his daughter as loving and trustworthy, and suspects she may have been manipulated.

"I'm sure this guy promised her the moon and the world and Alex fell for it," Manny Martinez said. "And that's where we are today."

He said he wants police to make his daughter's coworker the focus of their investigation into her whereabouts.

"We just don't have any enough information or evidence to support that this was against her will," Ramos said. "No one has physically seen her with him or physically seen this individual with her. We haven't been made aware of an actual sighting with this individual in his vehicle, so it's just one of those complicated cases where, unfortunately, if we don't have the evidence, we can't move forward in that direction."

Authorities went out to the coworker's apartment, but apartment managers told officers if they did not have a warrant, they would not be able to enter the home.

Manny Martinez said he advises parents to have the passwords to their child's social media accounts. During this whole ongoing ordeal, he said, he's struggled to gain access to her accounts.

Anyone with information about Alexandra Martinez's location is urged to call police at (210)207-7660.

RELATED: BCSO: Suspect shot and killed himself while being pursued by deputies

RELATED: SAPD asking for help finding missing baby, believed to be with her mother