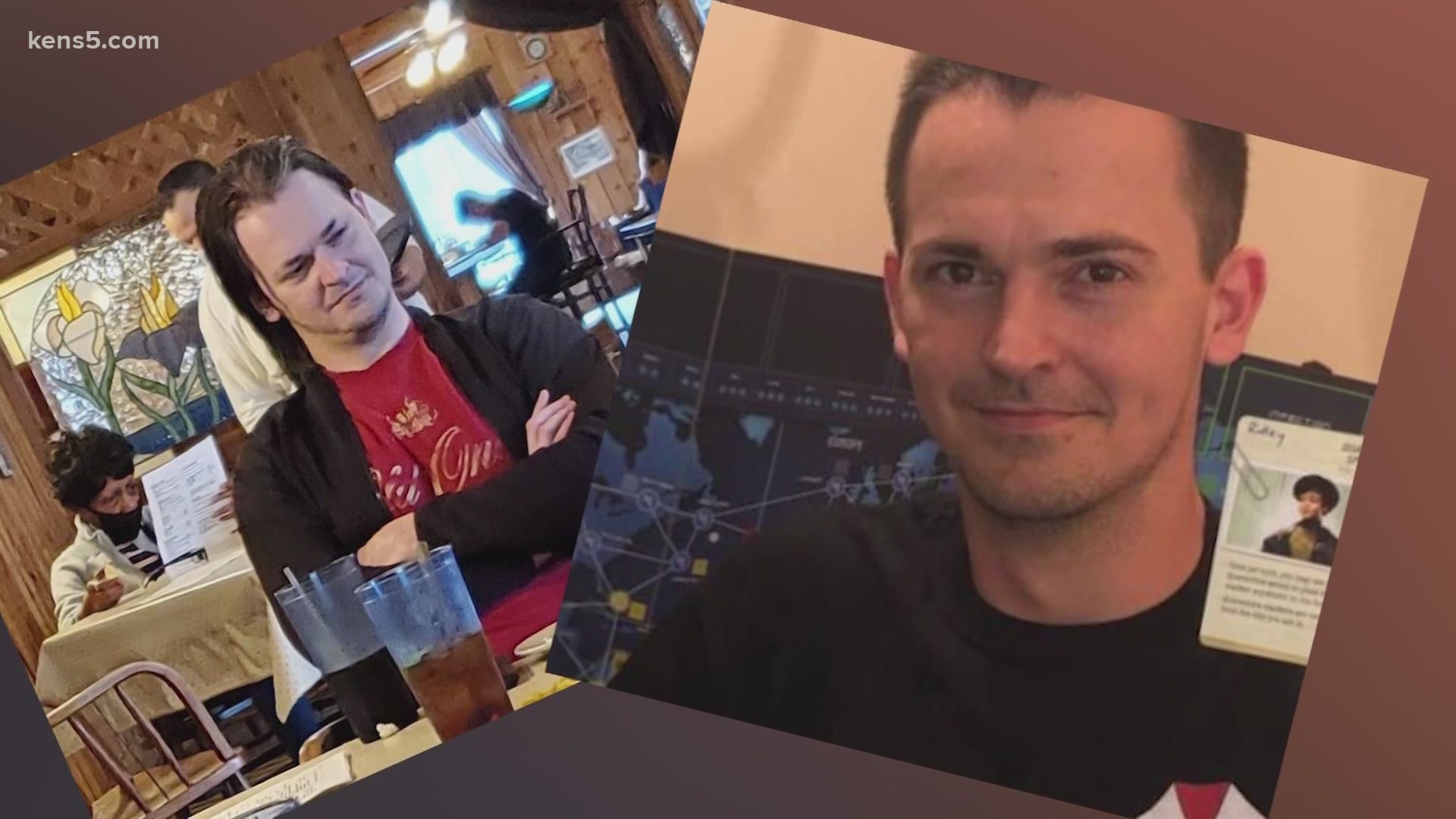 SAN ANTONIO — Police are searching for a missing San Antonio man – Kirk Jones, 35 – who has been missing for more than 10 days. On Sunday morning, a search party gathered in east San Antonio in hopes of finding him.

“We have to tread everywhere because we haven’t found him yet," Kellie Stancliff, Kirk's mother, said. “The last vision of him was through his security camera. We saw him leaving at 9:30, Thursday, June 3. Morning."

Jones has now been missing for ten days. His mother said family and friends have been looking since. On Sunday, Search & Rescue SATX joined in on the search. The party began searching on Gemler Road.

“On Friday we got a credible ping to his phone from this area, so we’re currently searching to see if we can find anything at all," Stancliff said.

Search & Rescue SATX brought a K-9 to assist with the search. They had the dog smell one of Jones' shoes to pick up his scent.

“He’s got the heightened sense of smell and everything. He can find things we would have missed or never seen," Nina Glass, director of Search & Rescue SATX, said.

Jones enjoyed riding his motorcycle, and had a custom helmet with a green octopus on it. Stancliff worries her son may have gotten into a wreck and be unable to reach them.

“People have been known to survive about two weeks and still be recoverable," Stancliff said. "We can take him to the hospital."

Her mother said it's unlike him to be away for so long. She said Jones would come by the home weekly for game night. She said her son is a fun-loving man, and they want nothing more than to bring him home.

“The only thing is hope that we can still find him alive. It’s all we really want is to know he’s alive," Stancliff said.

Stancliff said they weren't able to find any new information as a result of their search. She said they will continue to search until he is found.

Jones is described as a white male with brown hair and brown eyes. He’s 6'3" and weighs about 200 pounds. He was last seen on Olmos Creek in North Central San Antonio. Anyone with information on his whereabouts is asked to call the San Antonio police department at (210) 207-7660.

Jones' family has set up a GoFundMe to assist with their search. You can find it here.