Authorities say the victim is expected to be OK. 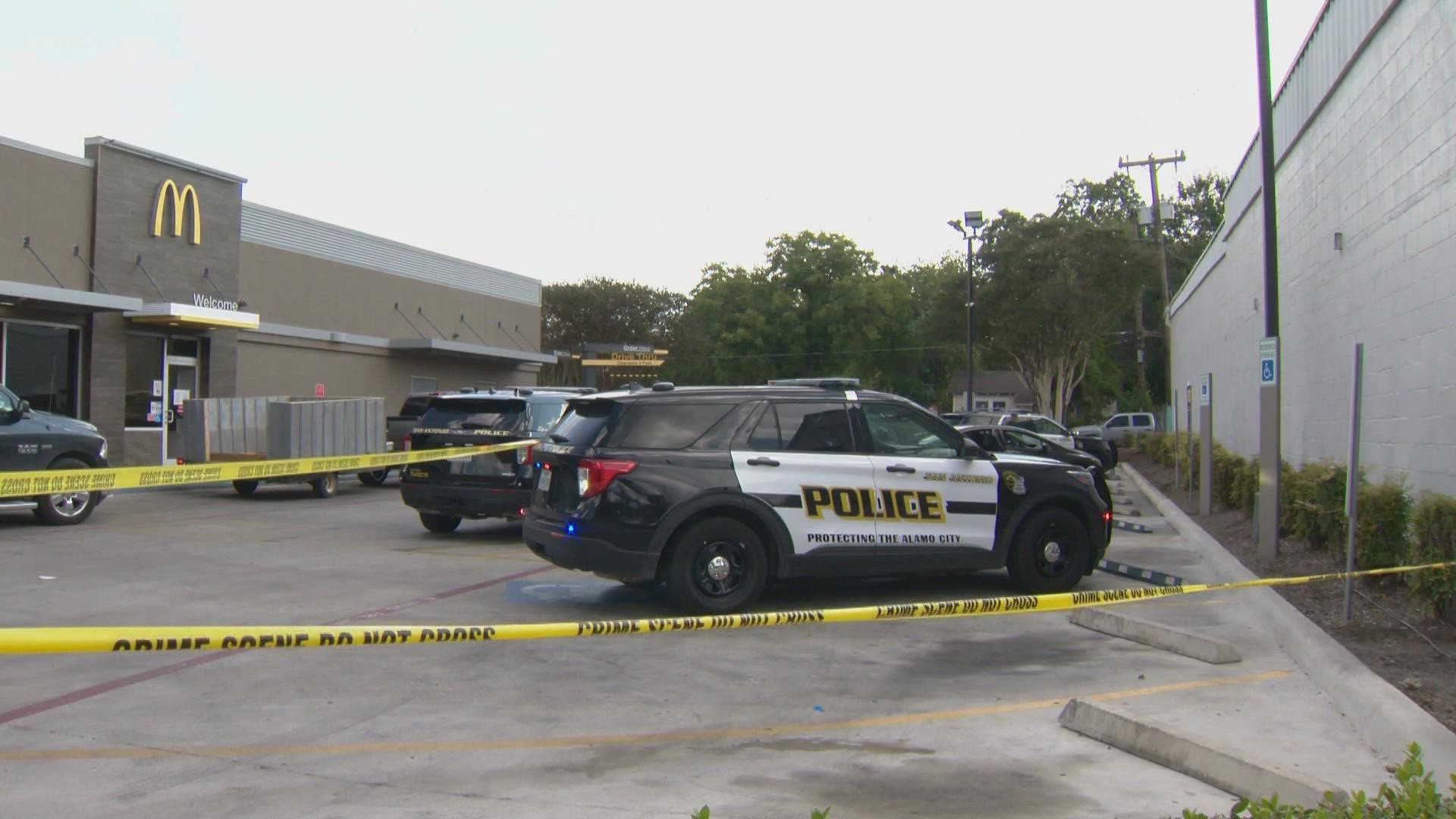 SAN ANTONIO — Police say they are still looking for the suspects involved in a west-side shooting that left a young woman injured Saturday afternoon.

According to authorities, two vehicles were at a gas station along 36th Street when a passenger in one of them started arguing with the driver of the other car. One of the cars started driving off, which is when the opposite driver opened fire, hitting a 21-year-old woman in the back seat.

The car with the victim in it drove to a nearby McDonald's, where they eventually called police. The victim is expected to be OK after she was hospitalized.

Police didn't have a description of the suspect shooter, but we're told they were in a white Toyota SUV. Authorities also said the parties involved in the incident didn't know each other.