Meanwhile, a man who police wanted to question after her death was found dead in New York. 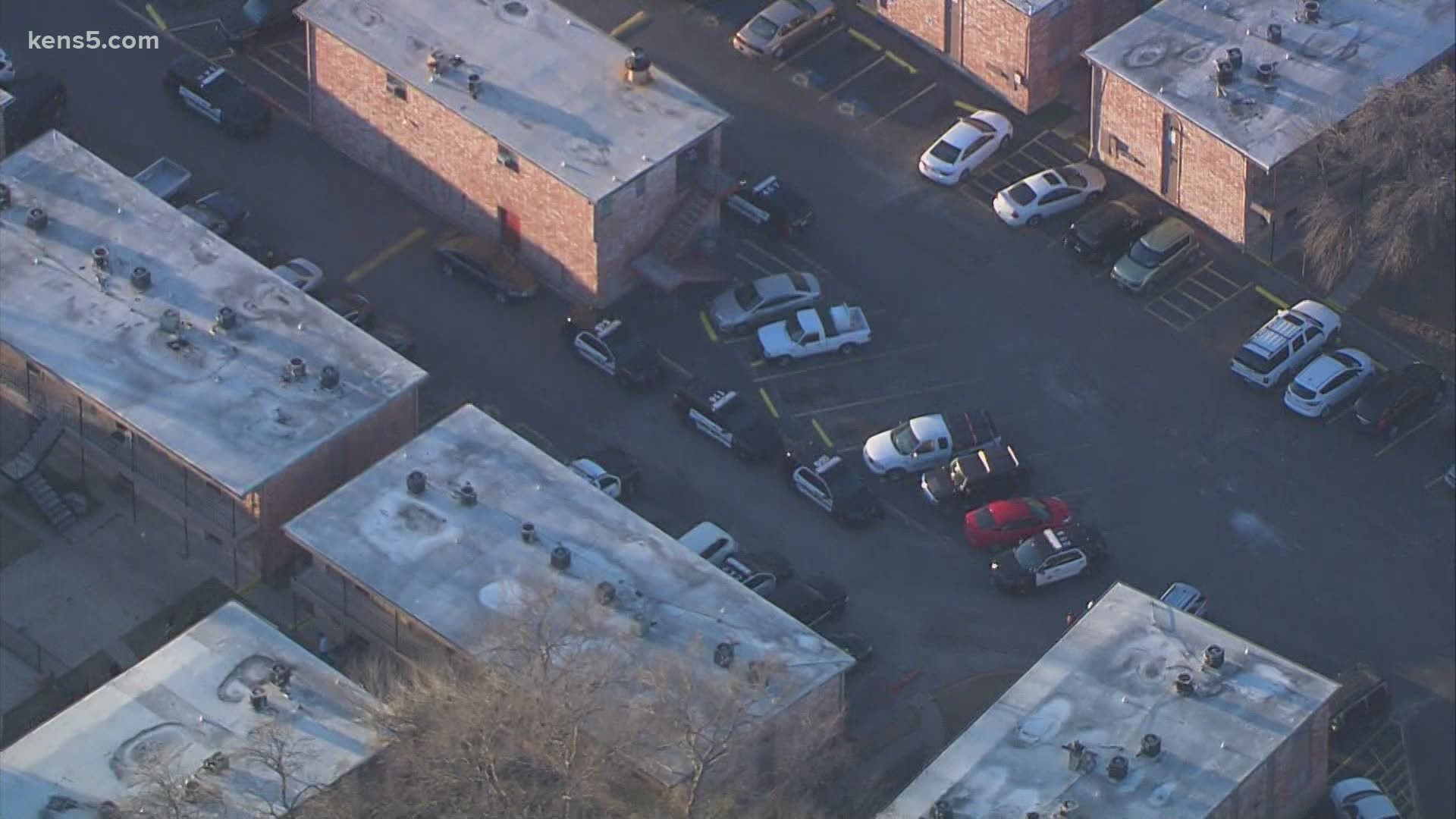 SAN ANTONIO — San Antonio Police are investigating what they believe to be a homicide after a woman in her 50s who wasn't communicating with relatives was found stabbed to dead in her apartment by officers on Friday.

Family members of the unidentified victim say they came from out of town and tried to reach her, but knocks on her door at the Villas on Springvale went unanswered, as did calls and texts. That's when police were notified.

SAPD: A woman in her 50s is a suspected homicide victim at the Villas on Springvale at 90 and Loop 410. #kens5eyewitness pic.twitter.com/Mc2r1wpOqB

No suspects have been named as of yet. However, a man who SAPD officials say was wanted for questioning in the woman's death, Franklin Washington, was himself found dead in New York this week.

A source tells KENS 5 there was a warrant out for Washington's arrest in connection with a different incident.

SAPD is asking for anyone who lives in the area and may have seen or heard something suspicious to call investigators at (210)207-7635.