Authorities say the officers were responding to reports of someone being threatened with a gun on the east side. 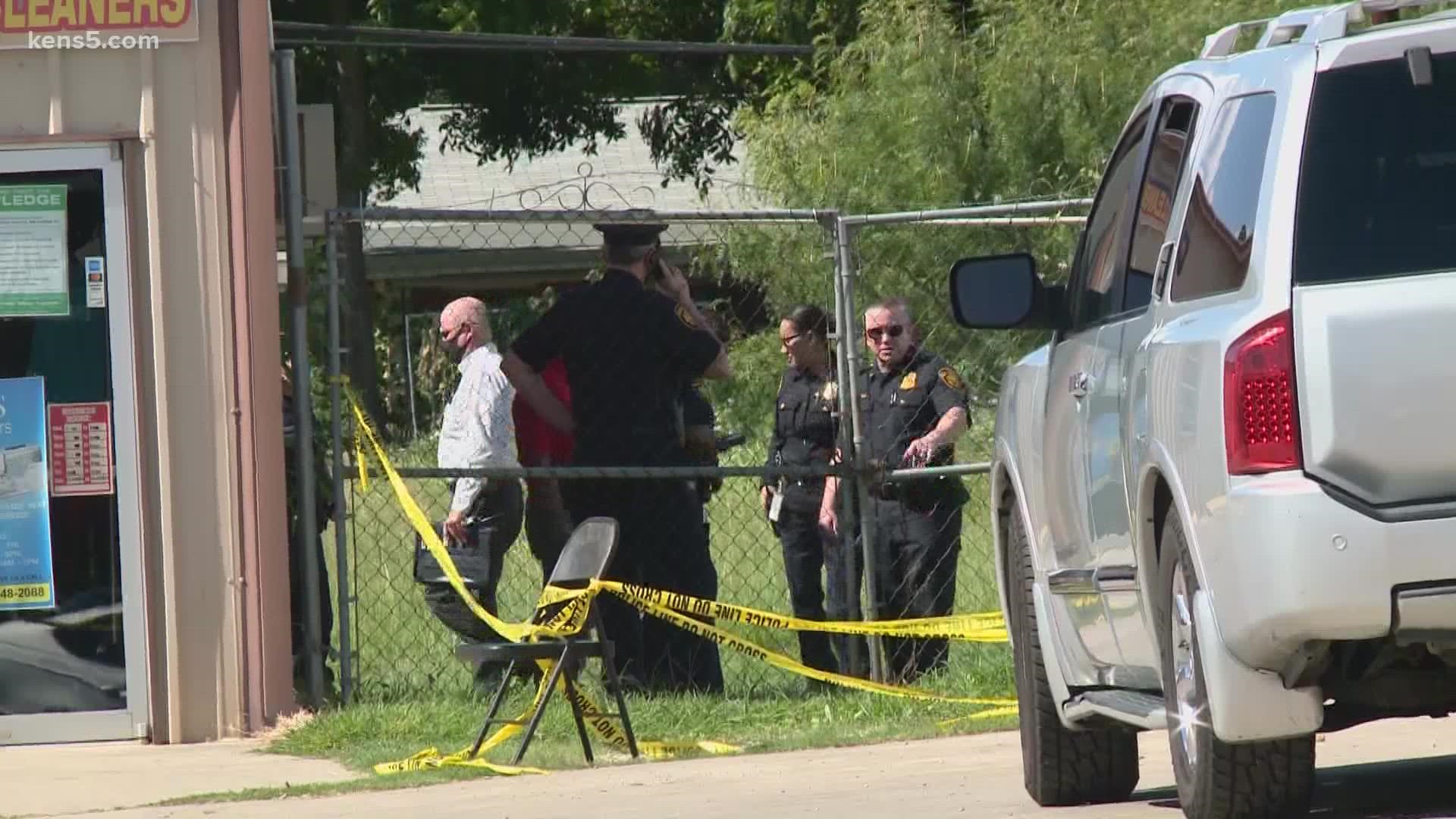 SAN ANTONIO — San Antonio Police say an officer was shot twice when responding to a disturbance call on the east side Friday afternoon, and had to be transported to a local hospital for treatment. The 35-year-old suspect was shot dead by a different officer soon after.

The injured officer, Darius Wilson-Wayne, who has been with the department for one year, is now recovering at home.

Police were responding to the area of Wycliff Drive and Willenbrock Avenue around 3:15 p.m. after SAPD received a report of someone being threatened with a gun, according to Chief William McManus. Police say Steven Primm was armed when he tried to flee the area on a bike when the first officer arrived, sparking a brief pursuit.

Primm, who McManus said had an extensive criminal history, opened fire on a second responding officer, hitting him twice "in the lower extremities." The first responding officer, Jesus Hernandez, a 16-year-veteran, eventually encountered the suspect and fatally shot him, though McManus didn't say if that officer was being shot at as well. It's also unknown how many shots he fired.

SAPD says they are still in the very preliminary stages of their investigation, but officers aren't searching for other suspects at this time.