According to police, there have been 3,881 gun thefts from vehicles in the past 3 years. 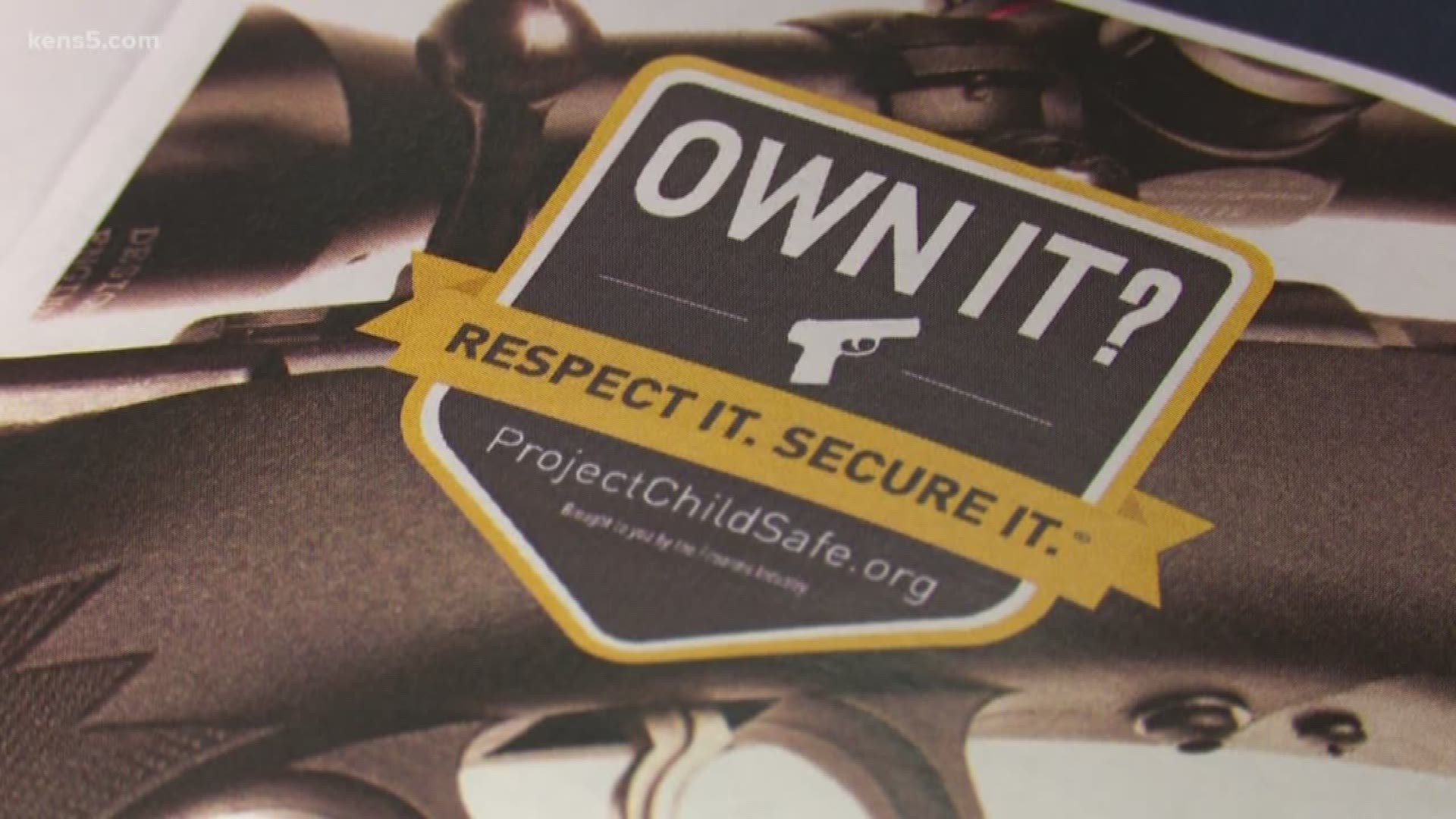 SAN ANTONIO — San Antonio Police are teaming up with the federal Bureau of Alcohol, Tobacco, Firearms and Explosives to shine the bright light of publicity on the topic of gun safety and security.

At a Tuesday morning briefing, Police Chief William McManus said during the last three years, 3,881 guns have been stolen from vehicles or during vehicle thefts in San Antonio.

While the numbers for 2018 were lower than in the past, McManus said having so many guns in the hands of dangerous thieves is troubling. “We still need gun owners to be aware, that this is a crime trend and we don't want to put a gun in anyone's hands who may commit a crime with it, because it's available in a car that they may be breaking into,” he said.

McManus said the northwest side of San Antonio sees the most gun theft cases.

“The highest concentration of these thefts took place at locations off I-10 between Loop 410 and Loop 1604,” McManus said.

McManus said the easiest way to avoid becoming a victim of gun theft is to never leave a gun unattended in a vehicle.

“Don't leave your guns in your car, because people break into cars for a living and we don't want those guns falling into those hands. Don't leave the gun in the car,” McManus said.

At The Bullet Hole Gun Range on Grosenbacher Road in west Bexar County, both customers and instructors agreed. In a place where people practice their skills cautiously, everyone agrees that vigilance is essential.

Gamalial Garcia said he recently purchased a gun, so security is top of mind and he never leaves his weapon unattended. “I've heard they get stolen a lot from vehicles, so I always carry it with me,” he said.

Garcia said after investing in a gun he really likes, losing it in a break-in would be hard to take. “My gun's expensive and I paid a lot for it, so I don't want it to get stolen, or fall into the wrong hands,” Garcia said.

Matthew Tse said he is well-trained about safety and responsible behavior is a must, adding “It makes no sense to be in the car.”

Kevin Gentry works at The Bullet Hole, teaching all aspects of proper gun handling. He said like any skill, safe practices must be repeated regularly. “You can be taught, but if you don't do it the way you were taught then you might be sorry one day because you're responsible for what happens with that weapon.”

Gentry said specialized products that keep weapons secure in a vehicle are good investments, adding that leaving a gun under the seat is a good example of a very bad idea.

“Under the seat is the worst because if you hit the brakes, it could slide right underneath your brake pedal and you're in real trouble, and it could go off,” Gentry said, adding “If it's on your person, or it's in your home, it's going to be more secure.”

ATF Assistant Special Agent in Charge Mike Weddell said 600 free gun locks will be given away as part of this campaign, thanks to a donation from the National Shooting Sports Foundation.

The gun locks will not secure a gun in a vehicle but they will keep the weapon from firing, adding an extra level of security when the guns are stored in a home or around children or untrained people.

The free gun locks will be available at all SAPD substations while supplies last. Officers from the San Antonio Fear Free Environment program will be handing them out. McManus said in addition to the free locks, meeting face-to-face with a SAFFE Officer is a bonus because citizens will be able to express any other crime concerns they have.