Police said the suspect had on body armor and started shooting at officers immediately after authorities came through the door. 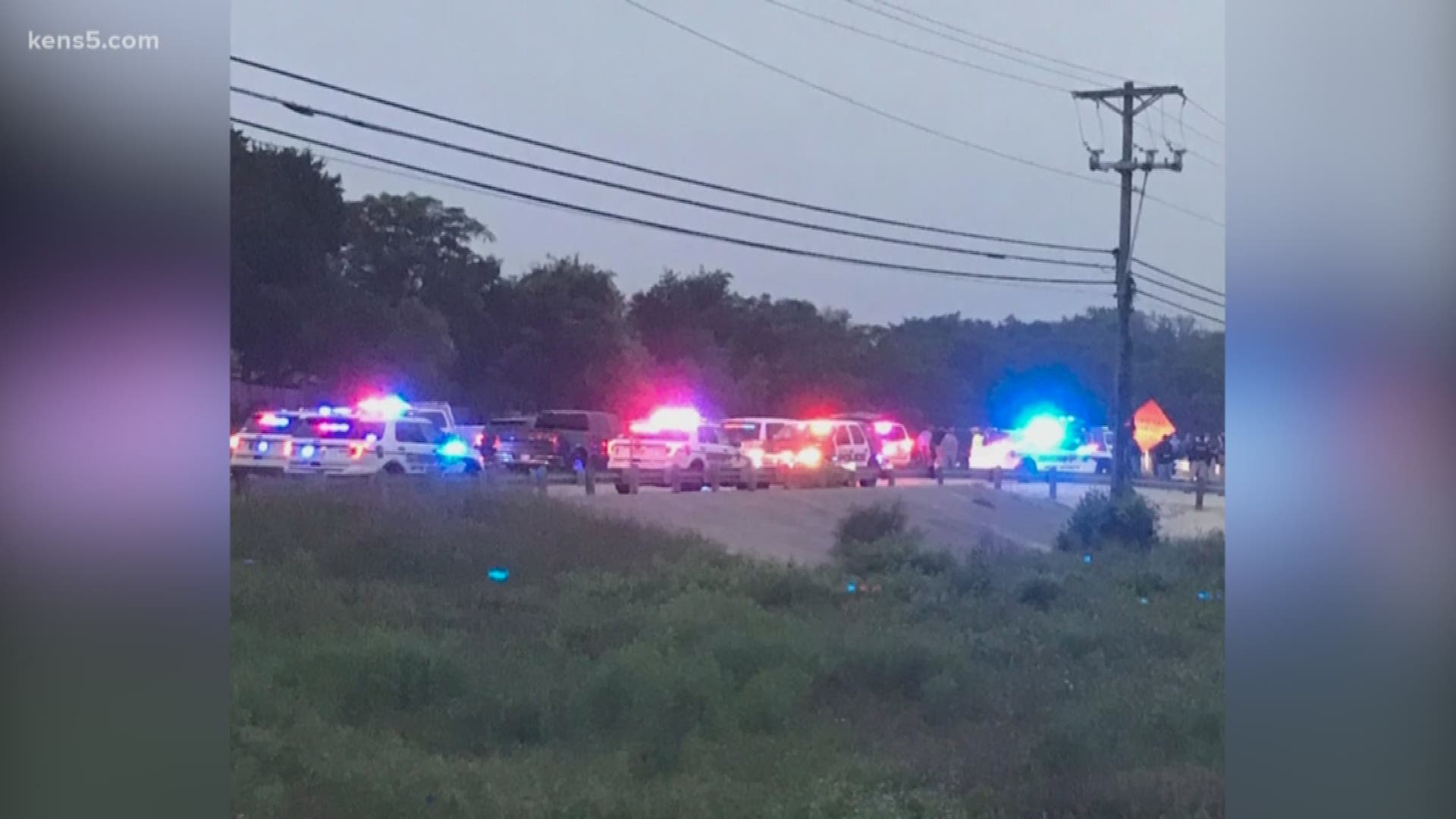 SAN ANTONIO — Authorities in San Marcos say multiple police officers who responded to a 911 call on the city's southwest side were ambushed by a suspect, who fatally shot one officer with a rifle and hurt two others.

The suspect died from what appears to be a self-inflicted gunshot wound, according to San Marcos Police Department officials, who are still investigating the incident.

San Marcos leaders spoke at a press conference Sunday morning to provide further details. The officer killed has been identified as 31-year-old Justin Putnam. He had been with SMPD for five and a half years after graduating from Texas State University.

Credit: City of San Marcos
San Marcos PD Officer Justin Putnam was killed in the line of duty on April 18, 2020, while responding to an active shooter situation. His fellow officers, Justin Mueller and Franco Stewart, were critically injured.

The two officers are in critical but stable condition in the Intensive Care Unit at a hospital in Kyle, police said. They have been identified as Officer Franco Stewart and Officer Justin Mueller.

The suspect has since been identified as Alfredo Perez Delacruz, 46. Police said he had on body armor and started shooting at the officers as they entered.

"We ask for your support for our fellow officers and their families as we try to cope with yet another tragic event in our San Marcos Police family," Klett is quoted as saying.

The incident comes a little more than two years after SMPD Officer Kenneth Copeland was fatally shot while serving a warrant in his community. He was laid to rest in December of 2017.

"Tonight's shooting in San Marcos is a somber reminder of the service and sacrifice our brave men and women in law enforcement make every day to keep us safe. I am grateful for the swift action of the San Marcos Police Department in containing the threat and minimizing the loss of life.

"I ask all Texans to join Cecilia and me in praying for the officer killed and for those injured, and for the continued safety of all law enforcement officers who protect our communities."

LIVE: San Marcos police provide an update this morning after an officer was shot and killed last night. Two other officers were injured.