Police: Suspect fatally shot by VIA Transit Police after altercation on bus

It's unclear what happened on the bus in the moments leading up to the gunfire. SAPD is investigating. 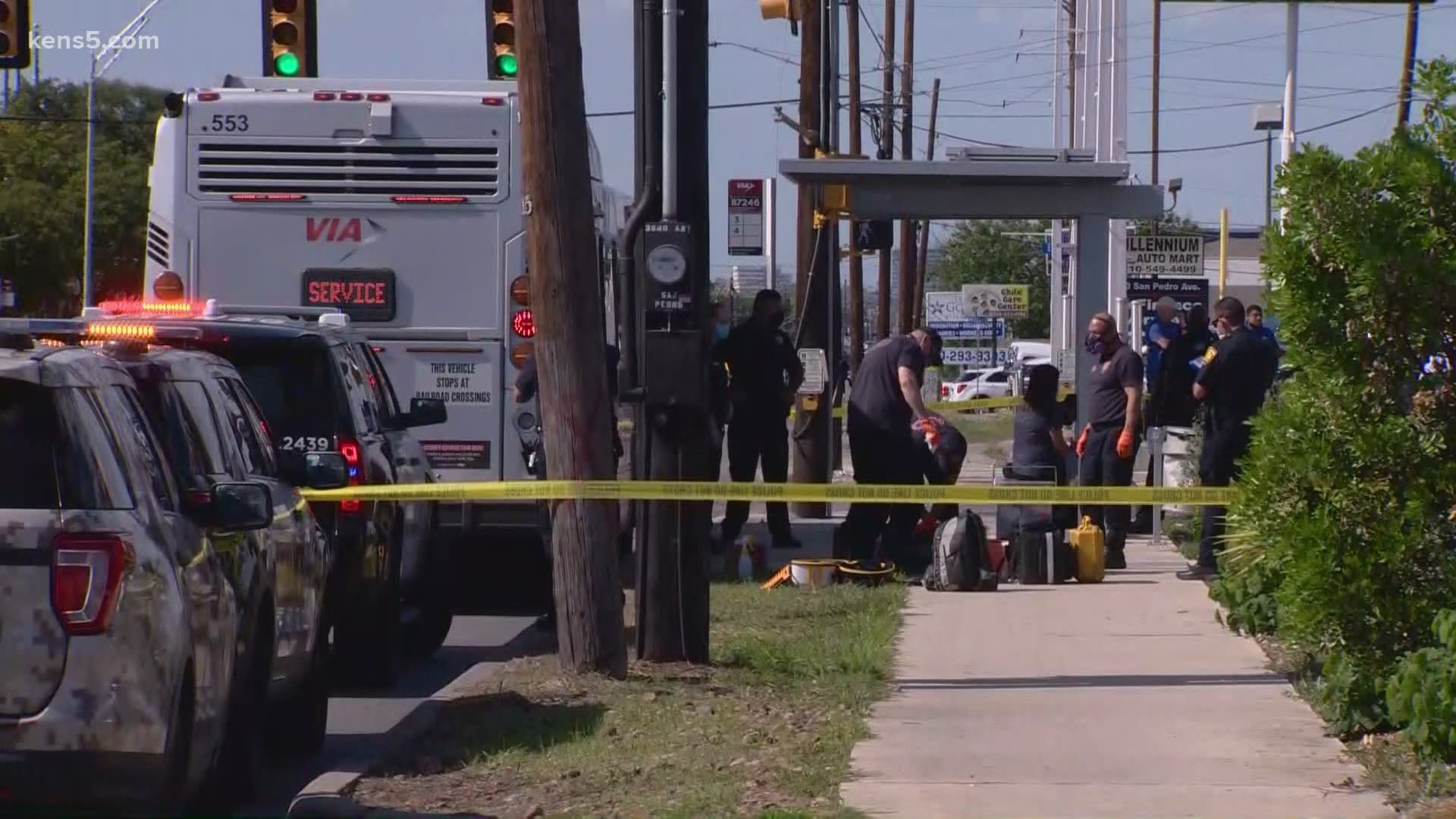 SAN ANTONIO — UPDATE: The man who was killed by VIA Transit Police has been identified as 28-year-old Terry Wayne Bishop. See previous story below:

A man is dead after being shot by VIA Transit Police following some kind of altercation on a bus Tuesday afternoon, according to San Antonio authorities.

Mark Witherell, chief of VIA Transit Police, said the incident began when two of his officers – one with about nine years of experience on the force, the other with about a year – reported to calls of a disturbance on the bus involving a man with a gun. Less than 10 minutes later, Witherell said, gunfire broke out and the suspect, identified only as a man in his 20s, was hit twice.

The suspect died at the scene. It's unclear if he ever shot at authorities, nor what exactly transpired on the bus between the officers' arrival near San Pedro Avenue/West Olmos Drive and their shooting the man. There were between four and six others on the bus at the time, Witherell said, but no one else was injured in the incident.

"I've been in this position for five years; there has not been an officer-involved shooting on the bus during my tenure," Witherell said.

The San Antonio Police Department – which is separate from VIA Transit Police –  will handle the investigation.