The grassroots unit springs into action during major incidents. 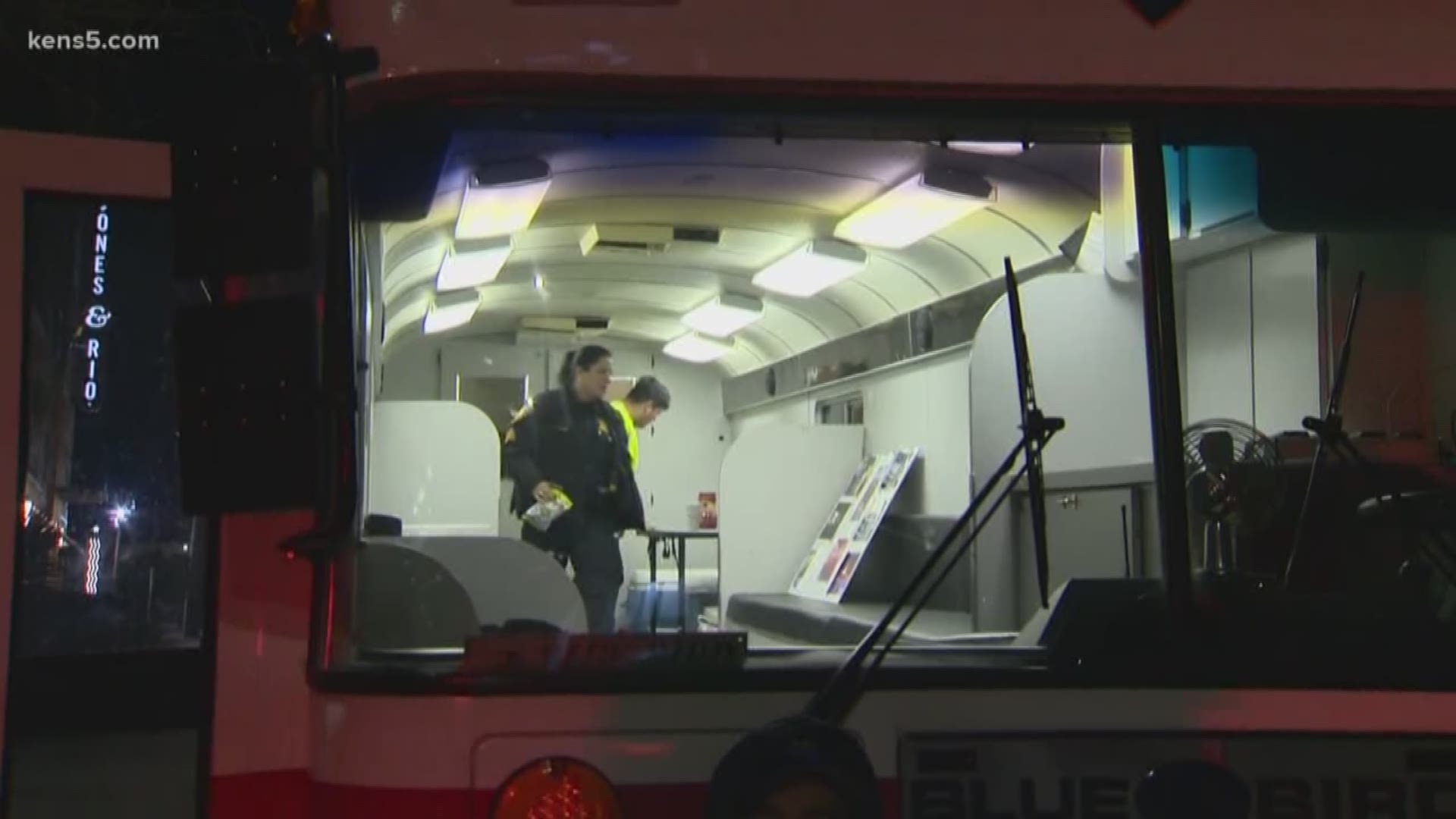 SAN ANTONIO — When first responders are called to an incident like Sunday night's deadly shooting at a River Walk music venue, they are often there for hours on end. In the middle of the night, finding something as simple as a place to rest or even water can be a challenge.

"It's not something I planned on seeing myself do in the future, but the fact that I get to help out really warms my heart and hopefully the officers here on duty," said Nathan Palacio, an 18-year-old senior from Memorial High School who is one of several volunteers with Fire Scene Rehab. "College is my goal, but sometimes life doesn't always go as you planned. So if I could end up here, I wouldn't mind it. I love it."

Palacio said that, like most of us, he always saw firefighters going into a scene and leaving—and never realized they may need support of their own.

"Anytime there's a big scene – two alarms or more, mass shootings, anything that's going to (last) maybe two hours or more – we want to help them out," said Xavier Lopez, another of Fire Scene Rehab's volunteers.

They do that by providing snacks, Gatorade, coffee or even just a place to sit inside a converted 1994 Blue Bird bus. They even provide a place for them go to the bathroom.

"There's a need to help out first responders," Lopez said. "We go to a lot of scenes and we know how it feels, and we are kind of in the background.

But earlier this year, low funds nearly forced the group to close up shop. It relies on donations to keep their diesel bus fueled, and to keep the first responders fueled, too. They accept any donations of snacks, fluids blankets and other resources.

Palacio, meanwhile, had a message for the city's youth.

"Don't be afraid to volunteer," he said. "It's always good to help. It's not always about yourself; sometimes it's about the greater good."

To learn more about Fire Scene Rehab, check out their Facebook page. To donate, call Director of Operations Robert Briggs at (210)710-7728.

You can also donate through their GoFundMe here.