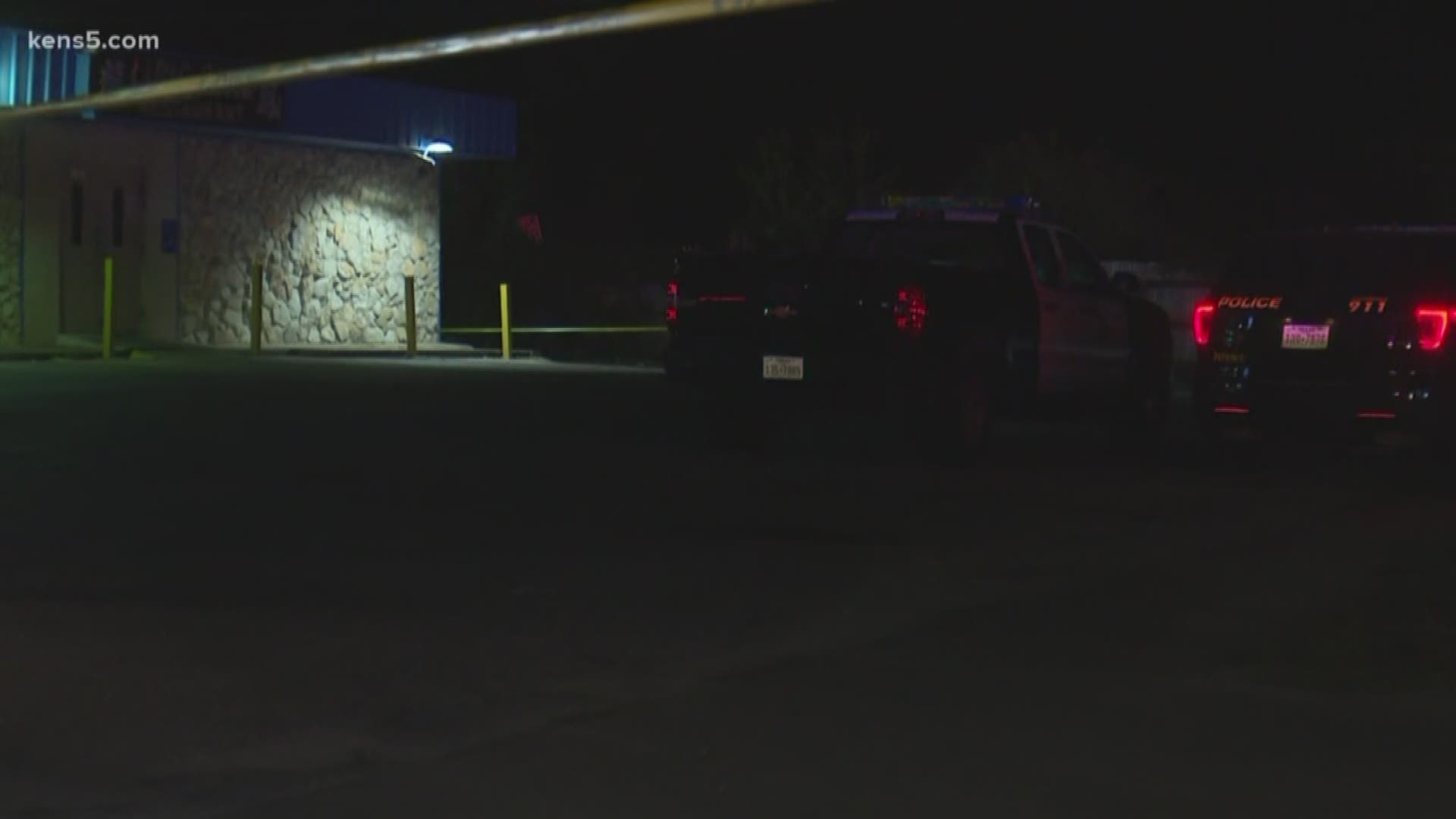 SAN ANTONIO — Update: The victims have been identified as Charles Johnson, 40, and Devion Webb, 18.

San Antonio Police say two men are dead, and a third is in the hospital with serious injuries, after an apparent argument erupted in gunfire on the 4500 block of Lakewood Drive shortly before 8 p.m. Wednesday night.

According to preliminary information, two of the men were approached by the third man, the suspect. The suspect made a remark to one of the men and pulled out a handgun, firing at both.

It appears that one of the men pulled out a gun and began to return fire. All three were hit several times by gunfire.

One of the victims who died, McManus said, was in his late teens or early-20s; the second victim who passed was a man in his 40s; and the hospitalized victim is in his 50s.

Several police cars and officers were on scene in the parking lot of a convenience store on Lakewood Drive where the shooting unfolded.

"Violence can start anywhere," McManus said. "We can't let this alter what we do. Go about your business...be aware of your surroundings."

The victims have not been identified beyond their gender and ages.