The victim's partner at one point shot at the suspect herself. 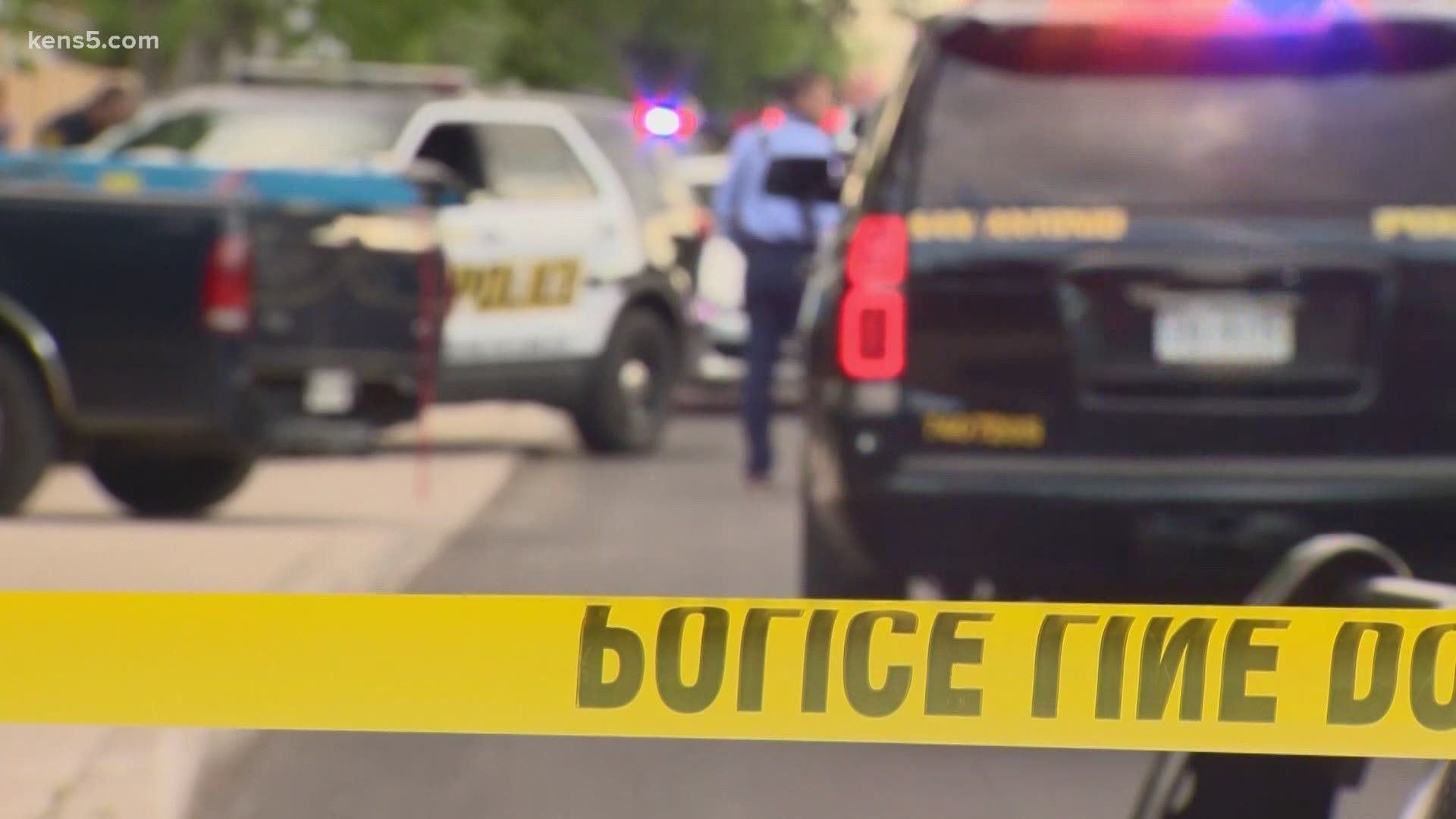 SAN ANTONIO — Five people have been killed in five days at the hands of San Antonio law enforcement amid a stretch of deadly police confrontations in the city.

KENS 5 obtained new insight and video into the latest incident, which unfolded Tuesday afternoon. In the footage, gunfire can be heard being exchanged between San Antonio Police and a man who, according to authorities, officers killed along Clutter Avenue on the city's south side. The suspect had reportedly killed his friend minutes before, according to the victim's family.

Before the suspect died, police say he came to the home off Clutter Avenue and killed 49-year-old Borrego. Vela said the suspect was Borrego's friend, but she doesn't know why the suspect shot and killed her boyfriend in their backyard.

She said she confronted him multiple times.

Vela said she found her boyfriend dead in the shed. The suspect had spray-painted Borrego's face and some of their cars with strange messages like, "Who's next?"

Vela showed KENS 5 surveillance video in which she can be observed running back out with her gun, shooting at the suspect, though she didn't hit him.

Minutes later police arrived, and officers would end up killing him.

"Some people just don't deserve to walk away from killing somebody else," she said. "I didn't want to see anyone walk out in handcuffs, because that's not what I deserve and that's not what Bobby deserves."

Borrego leaves behind children, grandchildren and great-grandchildren as well. The kids who were inside during some of the confrontation were unharmed; at one point they ran to a family's home down the street.

As for the officers who fired off their weapons, they are on administrative duty.