Authorities first responded to the blaze around 1:30 p.m. Saturday. So far, a small residence and an RV have burned. 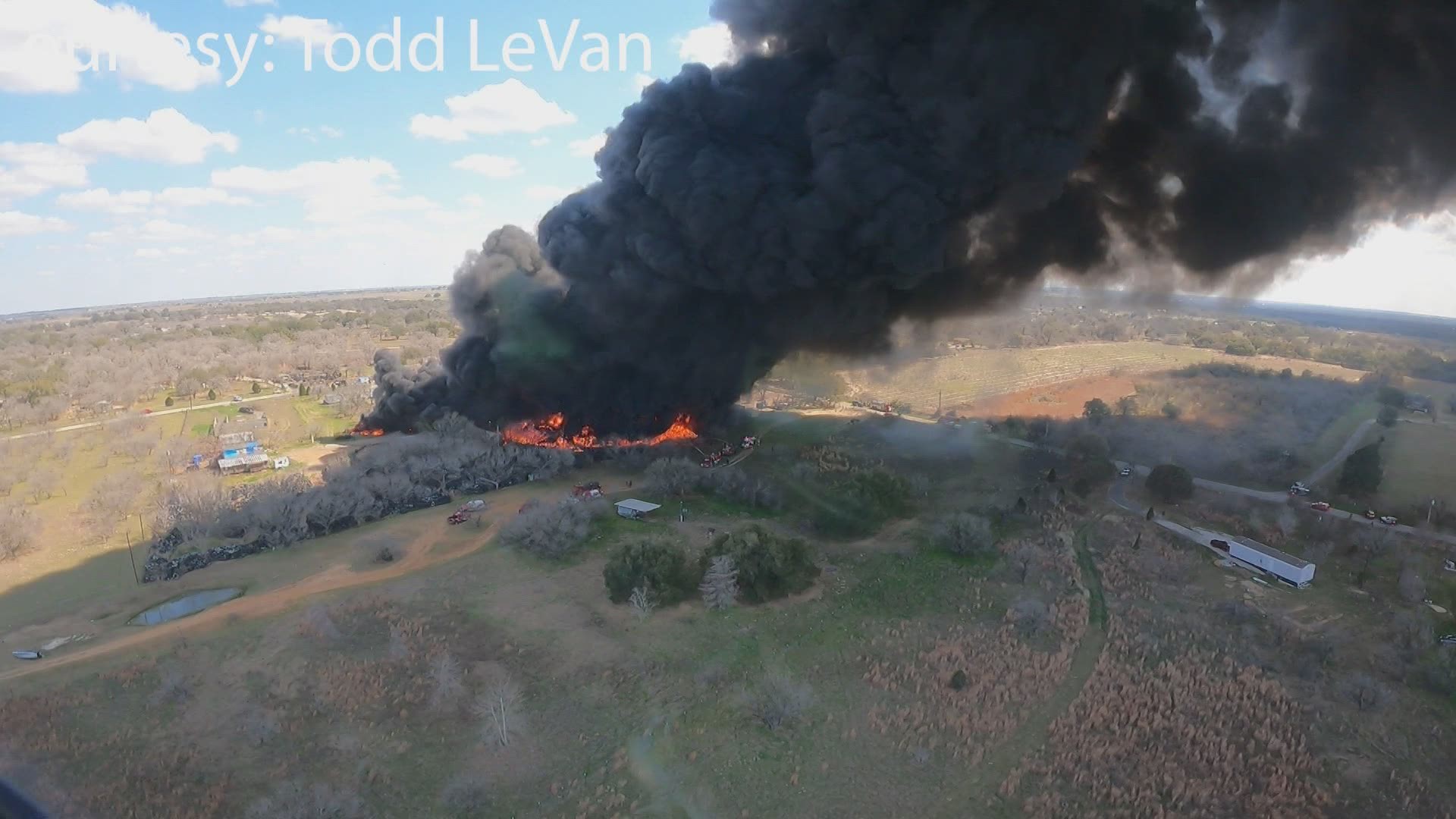 SAN ANTONIO — A large fire burned for several hours in Atascosa County Saturday afternoon, just west of I-37 in the area near FM 3006 and Verdi Road.

First responders were called to the area around 1:30 p.m. for reports of a large amount of black smoke. Pictures posted to social media showed large, billowing clouds of dense smoke filling the air.

Some social posts suggested the smoke could be seen for 50 miles, with others suggesting it started as a trash fire that grew out of control.

The Atascosa County Sheriff's Office said no roads are closed because of the fire.

Sheriff David Soward says the fire started at a compound where several members of a family have homes.

Atascosa County Fire Marshal Roger Garcia says this wasn't the first time he's been out to the property.

“They were there conducting basically like an illegal business and we’ve been trying to shut it down," Garcia said.

Garcia notes Atascosa County has been under a burn ban since Feb. 10 for a period of 60 days.

He says penalties in the form of citations or worse are on the horizon for the property owners.

The property owners reportedly had thousands of tires, which is illegal, according to Garcia.

“If TCEQ (Texas Commission on Environmental Quality) comes in then yeah, they are going to want to go in felony because of the amount of pollution that’s been put off.”

Soward says no injuries have been reported, but one small residence and one RV have burned. As of Saturday around 8 p.m., multiple fire crews were working to contain the blaze.

Large fire in Atascosa County near I-37 has burned a house and RV, according to Atascosa County Sheriff David Soward. No injuries reported. @KENS5 #kens5eyewitness pic.twitter.com/KNA51OEMO6