'It's a tragic situation': 10-year-old hit and killed while riding bike identified

The accident happened around 8 a.m. Thursday near Ranch View East and Remrock Valley. Hours later, a memorial was already growing. 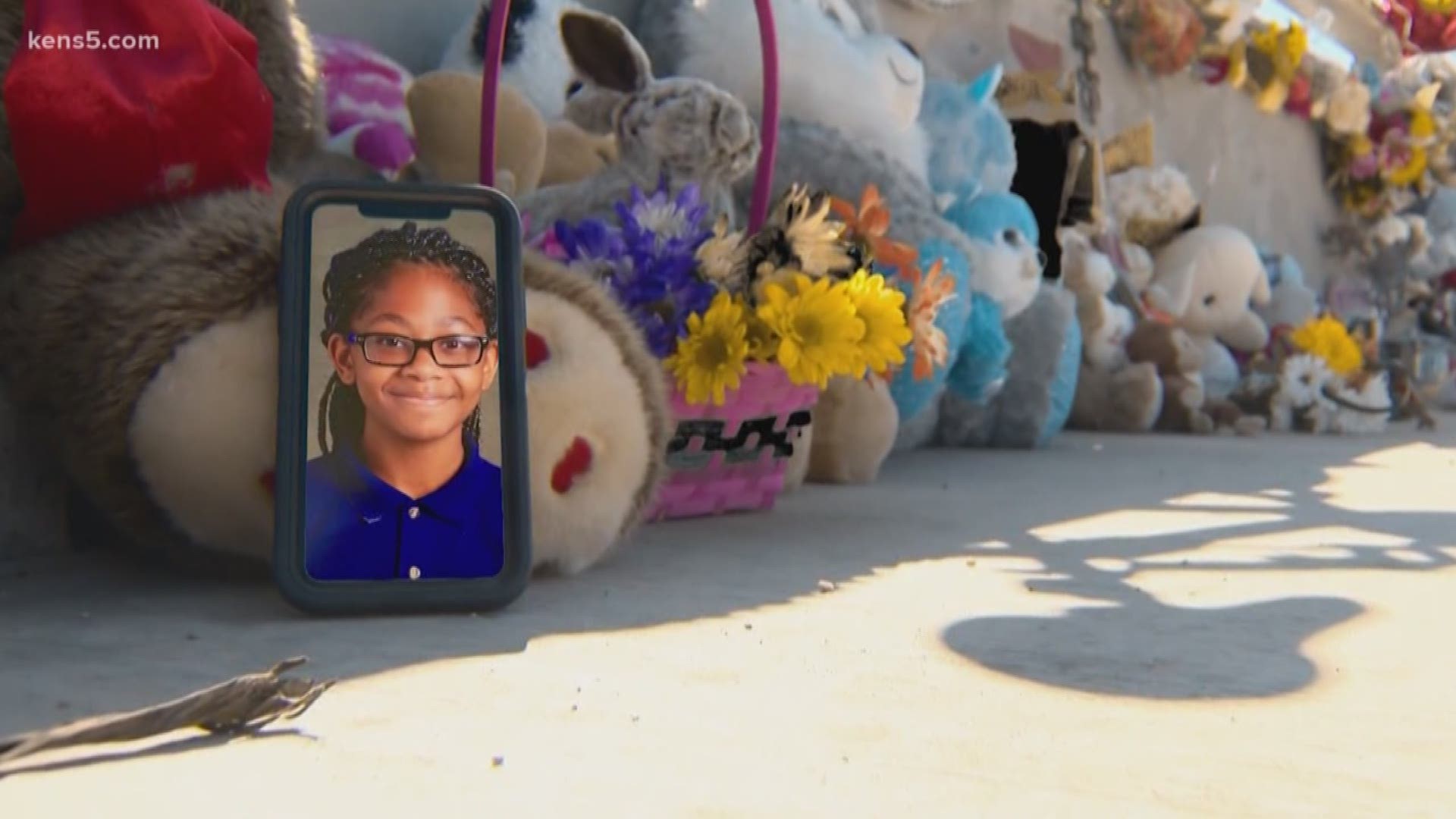 BEXAR COUNTY, Texas — A 10-year-old girl who died after getting hit by a car while riding her bike to school in west Bexar County Thursday has been identified by the Medical Examiner's Office as Irie Suarez.

Irie's family shared with KENS 5 that the 10-year-old liked to play guitar, was very artistic and liked to watch anime. Irie and her family moved to Texas from Louisiana.

The accident happened around 8 a.m. near Ranch View East and Remrock Valley Thursday.

Bexar County officials say the girl lost control and veered into oncoming traffic. That's when she was hit by a vehicle.

"It's a tragic situation," BCSO Deputy Johnny Garcia, said. "We don't expect anything like this to occur."

Officials believe that the weight of the student's backpack may have played a factor in causing her to swerve. Additionally, the young girl was not wearing a helmet.

Irie's family, however, shared that Irie was not taken "taken down by her backpack" but rather she was moving out of the way of a woman pushing a stroller.

Authorities say the campus nurse at the student's nearby elementary school, where the child attended, rushed to the scene to perform life-saving measures. The young girl was taken to University Hospital in critical condition, where she later died.

BCSO confirmed the driver involved will not be facing charges at this time.

Northside ISD officials confirmed that the girl was a 5th-grade student at Kallison Elementary. She has only been in attendance at the school for a couple of weeks. Grief counselors will be at the school to help support students.

"Whether it's a staff member or a student it's always a difficult thing and we always work to be prepared to help students and help staff explain and work through some of those questions they may have," NISD spokesperson Barry Perez said.

"While we won't fully understand ourselves, we want to make sure we provide that emotional support as best we can."

Meanwhile, family, friends and neighbors stopped by a makeshift memorial later in the day at the start of the bridge, created in honor of the 10-year-old girl.

Neighbors in the Valley Ranch area are calling for change following the tragedy. Many of them claim drivers speed down the road, and there is now an online petition asking Bexar County to install guardrails. Some residents are also calling for better lighting and additional speed bumps to better safeguard children walking to and from school.

”We want to prevent this from happening again,” Daniel Castillo said.

BCSO is still looking for two other potential witnesses who may have been walking in the area at the time of the crash.

If you witnessed the crash you're urged to contact the Bexar County Sheriff's Office at 210 335-6070.