Groups for and against the confirmation of Judge Amy Coney Barrett were out in the rain chanting with signs moments before her confirmation hearings. 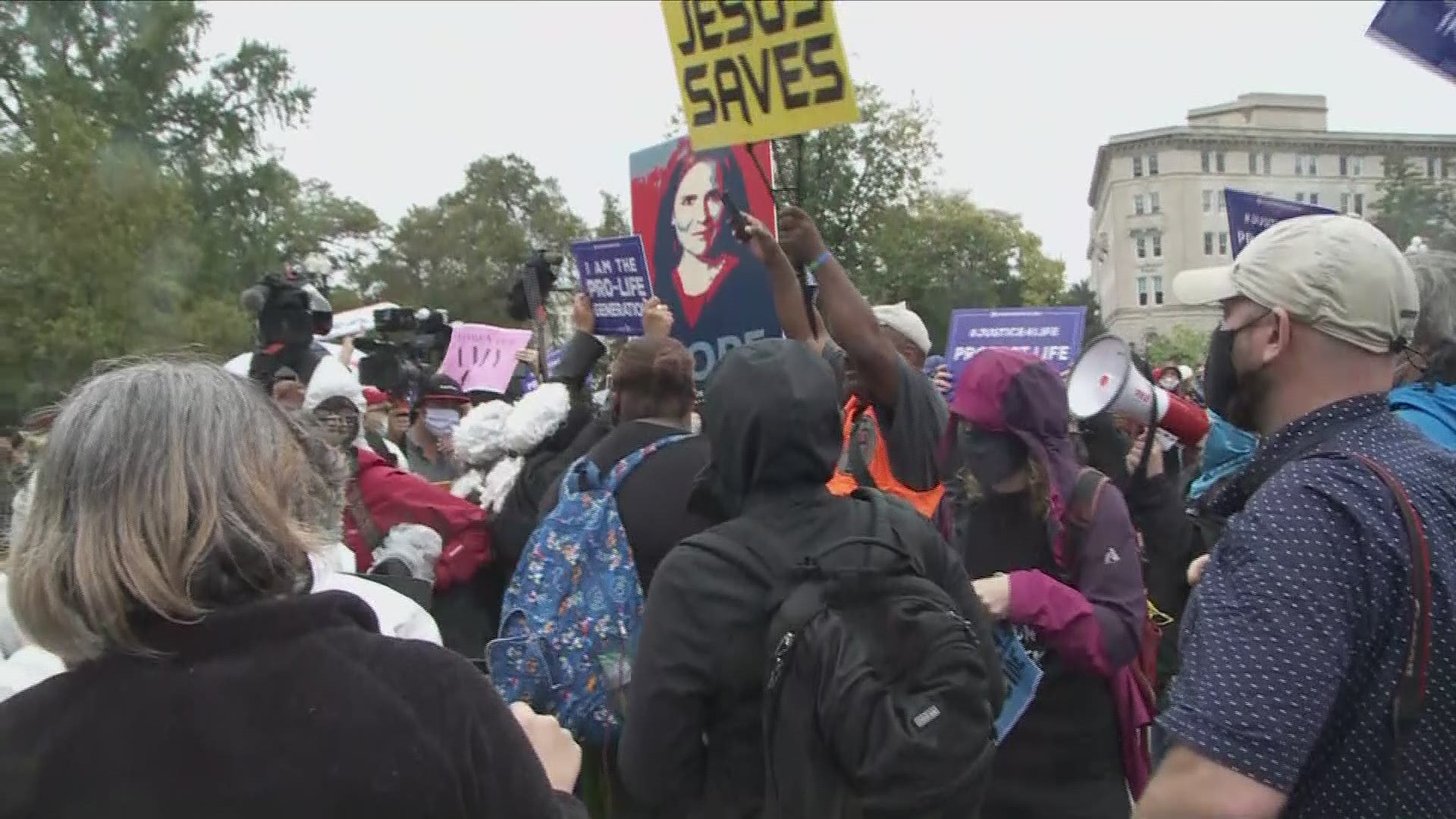 The individuals were arrested for "unlawful demonstration activities" causing crowding and obstruction with one person charged with unlawful conduct, police said.

Several groups of demonstrators gathered outside of the U.S. Supreme Court ahead of Judge Barrett's confirmation hearings as early as 8 a.m.

Despite the pouring rain and uncomfortable weather, groups of protesters and counter-protesters stood with signs moments before the hearings for Judge Barrett that was scheduled to begin at 9 a.m. Some protesters were seen wearing white hazmat suits.

A group of protesters marched towards another group of demonstrators further down the street, who are in support of Barrett's confirmation.

Protesters chanted, “Let the people decide!” as they made their way to the other group.

Those in support of Judge Barrett's confirmation held signs that said, “Women for Amy.”

A moment where both sides met. Abortion a topic both are chanting about. We’re about 30 minutes away from the beginning of the confirmation hearings for Judge Amy Barrett @wusa9 pic.twitter.com/QN6PuZqyvU

The confirmation hearings come less than a month before the Nov. 3 election. That has had Democrats urging the President and Senate not to proceed with the hearings, citing a similar situation in 2016 when Republicans argued the American people should have a voice in which the president selects the next Supreme Court Justice.

However, Republicans said this situation is different and GOP lawmakers argue it’s the President’s constitutional duty.

Barrett, a conservative, would shift the balance on the court significantly right. That has led Democrats to be concerned about the future of the Affordable Care Act. In a 2017 writing, Barrett criticized the ACA. The law will be back before the Supreme Court in November.

Barrett, who would be the third justice on the court to be named by President Trump, released her opening statement Sunday. She will say that in every case she has ruled on in her three years as a federal judge, she has "done my utmost to reach the result required by the law, whatever my own preferences might be."

The confirmation hearings are expected to last four days and Republicans hope to approve her nomination out o the Senate Judiciary Committee on Oct. 22 so a full Senate vote could be done before Election Day.