The lawsuit alleges APD officers fired less-lethal ammunition at the protester after he stood up when someone threw a plastic water bottle near him. 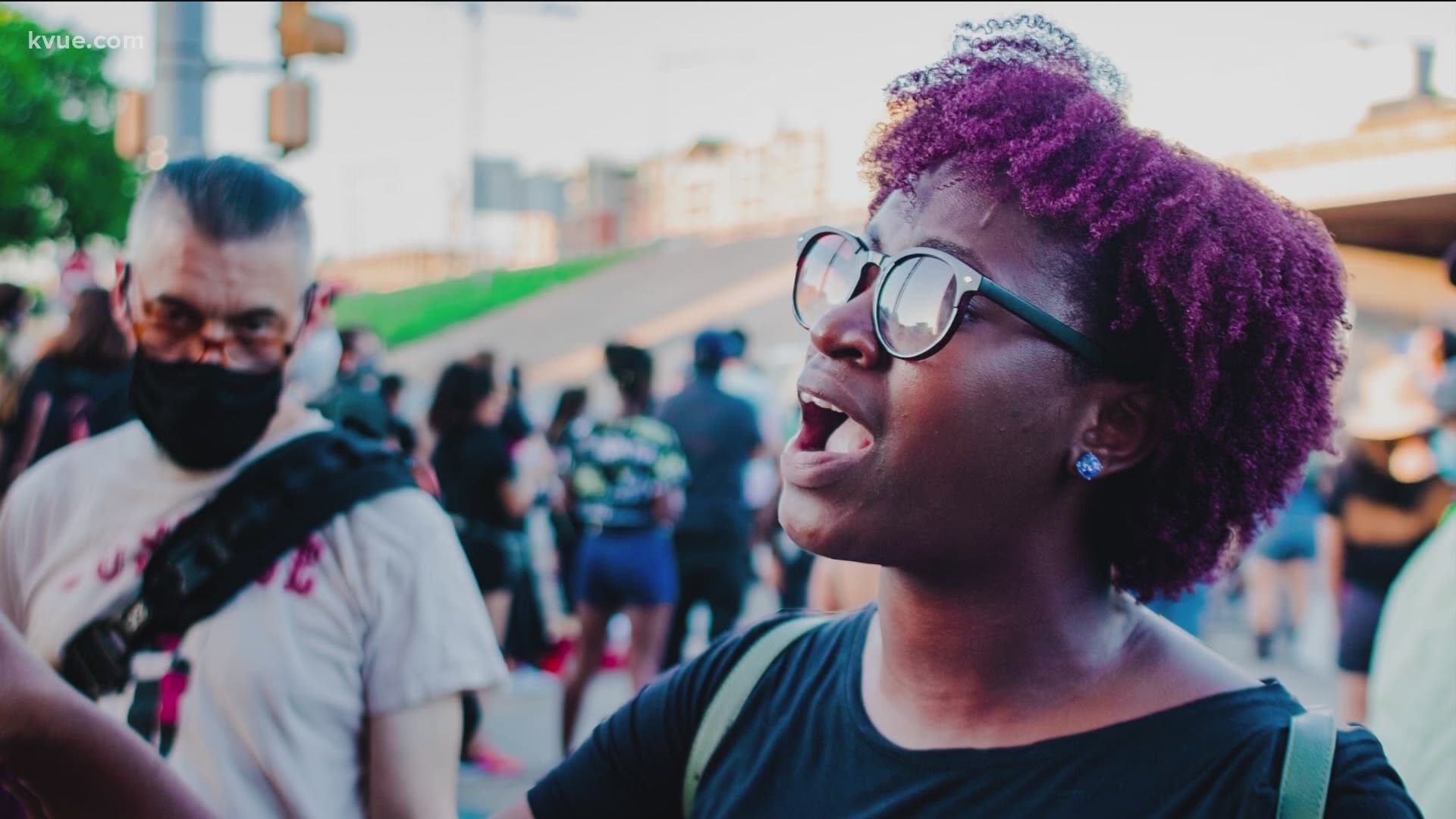 AUSTIN, Texas — A military veteran who participated in the Black Lives Matter protests in Austin back in May has filed a lawsuit against the City of Austin and an unnamed Austin police officer for excessive force.

The veteran, identified in the lawsuit as Jose “Joe” Herrera, went to the Downtown Austin area with his wife on May 30 to participate in the protests against police brutality and racial injustice following the deaths of George Floyd and Michael Ramos.

The lawsuit stated Herrera was sitting on the frontage road across from Austin Police Department headquarters when someone tossed a plastic water bottle in the area of Herrera. Herrera stood up, facing APD headquarters. That's when the lawsuit alleges that APD officers "opened fire on" Herrera and numerous people.

According to the lawsuit, Herrera was hit in the right thigh by "a projectile fired by one of the officers," causing him to fall to the ground in pain. Herrera also claims he saw a pregnant woman near him get hit with one of the projectiles shot.

The lawsuit said Herrera's medical treatment is ongoing due to continuing symptoms. Herrera has also suffered "significant mental anguish and psychological distress, due to the psychological impact of being shot by the APD officers in addition to suffering chronic PTSD related to his active duty military service in Iraq," according to the lawsuit.

The lawsuit also references other Austin protesters who were allegedly shot at the weekend's protests: Texas State student Justin Howell and Maredith Drake.

Protesters sue Austin police officers, City of Austin over use of force during Black Lives Matter protests in May

Texas woman files brutality lawsuit against police officer, City of Austin after May 31 I-35 demonstrations

Drake also has a lawsuit against the City of Austin and APD, and there a handful of other lawsuits that have been announced since May, as well.

The City of Austin sent KVUE the following statement regarding Herrera's lawsuit:

“The City continues to review claims related to the May 2020 protests. The Police Department, along with the Office of Police Oversight and the Law Department, will review each claim, and the City will work directly with the individual protestors and their lawyers.”

WATCH: Austinites explain why they protest

Are Austinites ready to fly again? Here’s what an Austin airport survey shows