George Floyd's death has sparked protests across the United States, including in Austin. 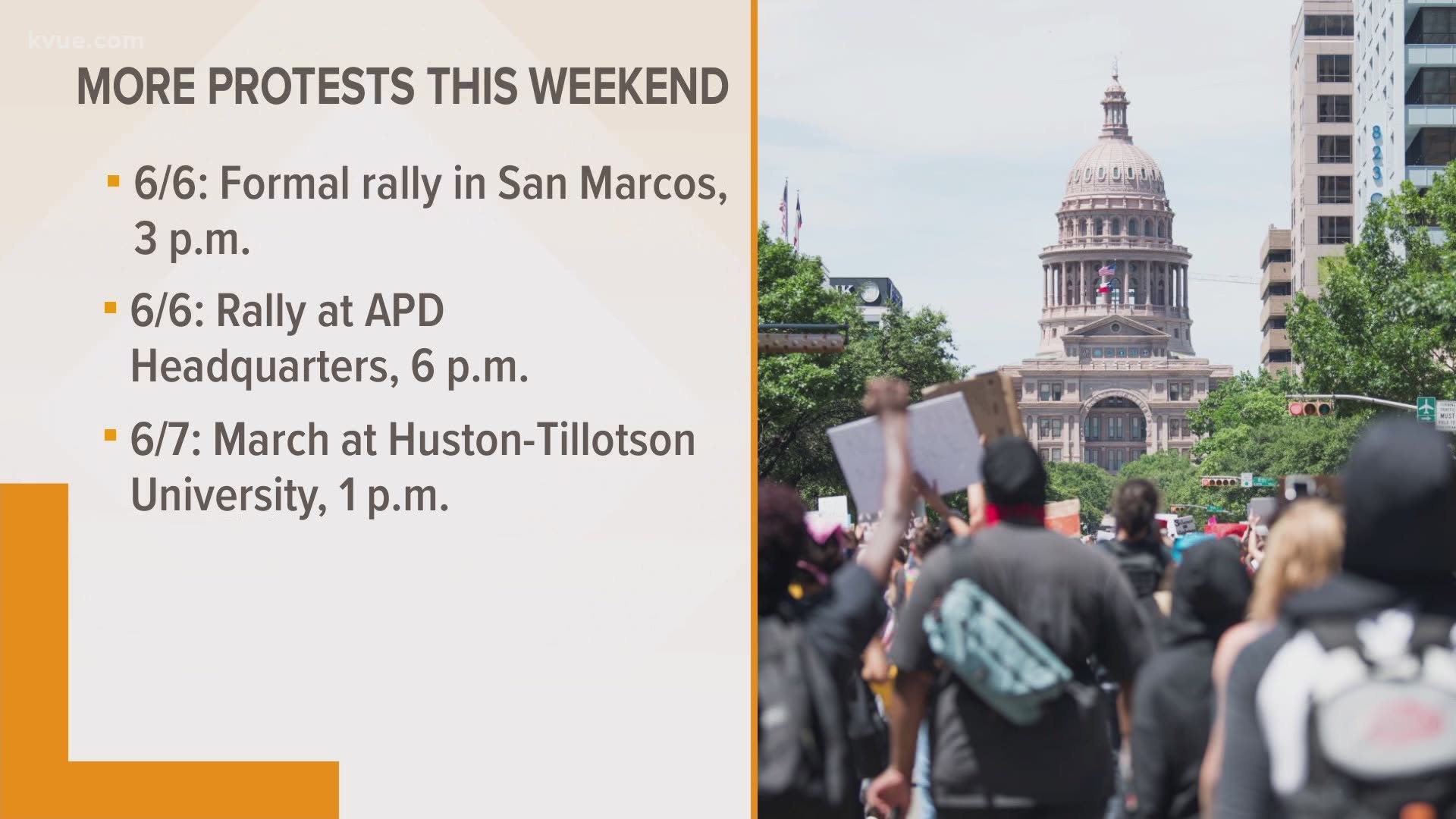 AUSTIN, Texas — On Saturday, June 6, Austin police invited the public to join its community engagement team in an act of solidarity condemning the actions that killed George Floyd.

Austin police tweeted at 2 a.m. Saturday that its community engagement team would kneel at 1 p.m. at APD headquarters for 8 minutes and 46 seconds and asked the public to join.

Floyd died in Minneapolis, Minnesota, after officer Derek Chauvin kept his knee on the back of Floyd's neck for that amount of time.

Floyd's death has sparked protests across the United States, including in Austin. The protests in Austin began in the late evening hours of Friday, May 29, and have been a daily occurrence ever since.

Austin police officers, including APD Police Chief Brian Manley, joined protesters in the tribute. Some protesters joined APD in the demonstration, while other protesters called it a photo op and screamed for the firing of Manley while refusing to kneel as well, KVUE's Bryce Newberry reported.

Here is live coverage from the Austin police headquarters:

Austin police officers came out to take a knee with protesters this afternoon but some called it a photo op and stopped the moment from happening. Bryce Newberry is there.

In Austin, protests have remained generally peaceful, but there have been a few moments of tension in the nine days of protests. There have been reported incidents of protesters being shot by "less-lethal" rounds, including a few instances Austin Police Chief Brian Manley acknowledged in a press conference on June 1.

Marching on top of I-35 makes historical statement