Stop the drain and save the lakes: Attorneys will ask judge to grant temporary restraining order

Lake McQueeney and Placid property owners have filed a lawsuit to stop the GBRA from draining their lakes. 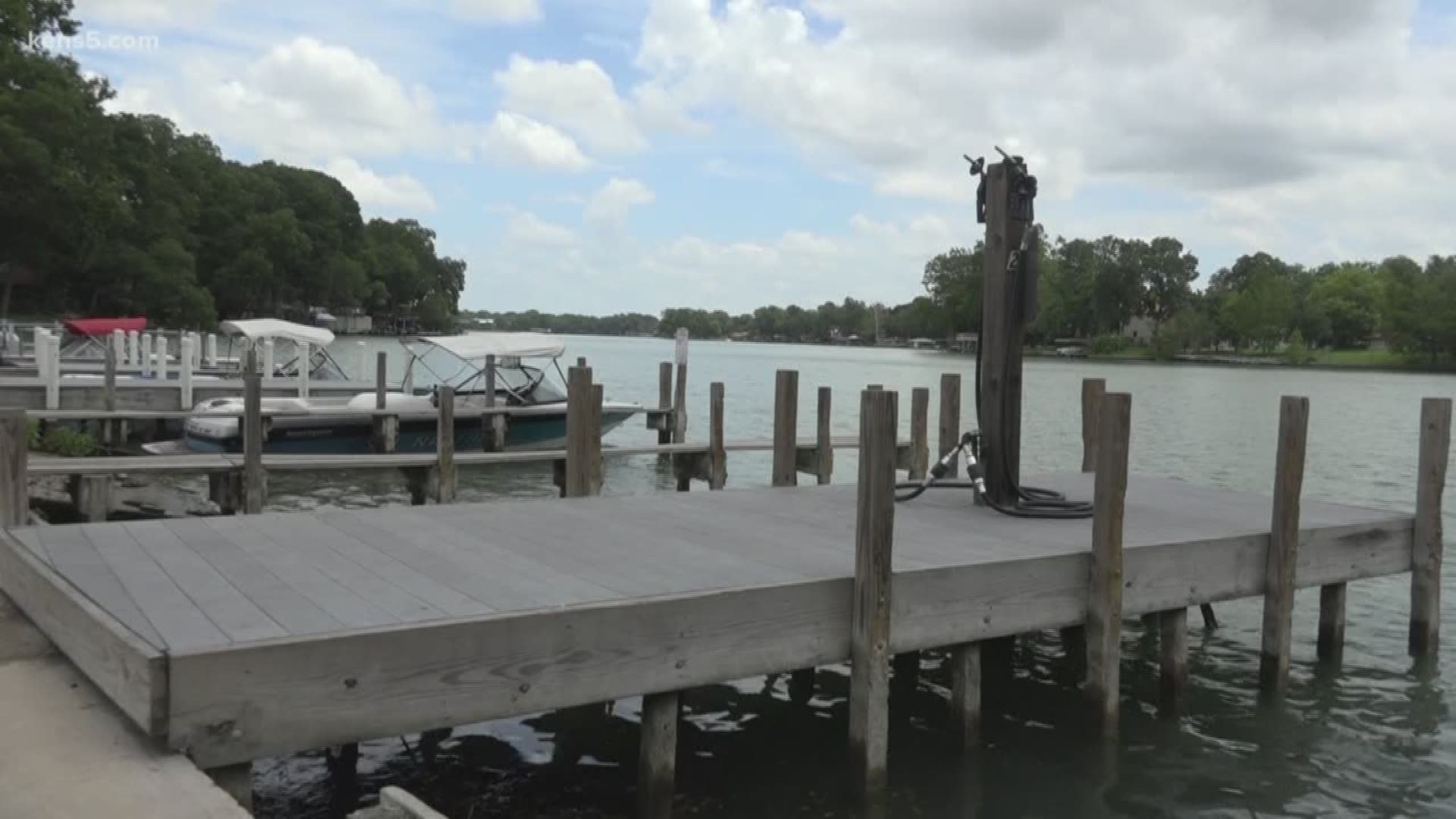 SAN ANTONIO — Property owners along Lake McQueeney and Placid will have their day in court, hoping to put a stop to the Guadalupe-Blanco River Authority’s plans to drain four lakes under their authority.

In August, the GBRA announced plans to de-water Lakes McQueeney, Placid, Gonzales, and Meadow citing safety concerns after a spillgate failure at the Lake Dunlap Dam in May.

Property owners have filed a lawsuit accusing the GBRA of failing to do their job of maintaining the 90-year-old dams at the six hydro-electric lakes under their authority.

“They have not maintained the lakes as they were required to do, and now faced with the requirement that they do something about it, they throw up their hands and say, ‘let's just drain the lakes,’” said Ricardo Cedillo, an attorney presenting one of two cases against the GBRA.

The first hearing will be held Wednesday in Guadalupe County.

According to Guadalupe County officials, three local district judges have recused themselves from the case, and a district judge from Kerrville was appointed to hear the cases.

Attorneys will be asking the judge to grant a temporary restraining order against the GBRA to stop the lake drains slated to begin September 16.

“We are seeking a court order that will ask them to hit the pause button so that we can address these issues and point out to the court that the draining of the lake is really not necessary,” Cedillo said.

The GBRA said the plans to de-water the lakes are to mitigate safety issues near the dams due to the risk of another failure.

“Despite increased warnings and publicity about the danger of recreating around the aging dams, we have video and photographs – taken as recently as this week – of citizens continuing to disregard warning signs and risk their lives. Alerts sound, danger signs are posted, and they continue to be ignored.  GBRA stands by its decision to move forward with the dewatering based on the multiple third-party engineer studies that have deemed the aging dams as 'unacceptable for continued use.' Legal actions will not prevent another spillgate failure or protect lives."

Cedillo said the GBRA’s reasons to drain the lakes are “misguided.”

“They would have you believe that this is an issue of safety. Their own expert reports have never recommended that these lakes be drained if safety is our concern,” Cedillo said.

The San Antonio attorney is referring to reports by engineering firms hired by the GBRA after spillgate failures at Lake Wood and Dunlap outlined in the lawsuit.

Referring to a report from Black and Veatch, a company brought in by the GBRA to evaluate the hinges on the Lake Dunlap Dam after it failed, the lawsuit reads: "The B&V report does not state that failure of any of the remaining spill gates in imminent.  Furthermore, B&V does not conclude, determine or opine that a drawdown of the Lakes is the only available option for minimizing the risks associated with the aging dams.”

Cedillo has questions. “If safety is a concern, then why did they allow the complete public use of those lakes on Labor Day? It is not an issue of safety. Safety is the way they're trying to sell and masquerade the fact that, for at least four decades, they have not done the job that they were created to do.”

GBRA officials said in a statement posted on GVLakes.com, “We have covered all maintenance and operational costs associated with the dams using revenues generated from the hydroelectric system. GBRA remains invested in the dams and continues to serve as a partner in the long-term sustainability of these lakes simply because we understand their importance to the surrounding communities – we do not have any legal or statutory obligation to do so.”

Cedillo said he will also be presenting to the judge the devastating impact the loss of the lakes will have on the community and property owners. “My cause of action stems from the fact that they're taking something from these property owners that should not be taken and that is measured in terms of dollars,” he said. “When you add up the total loss of property value, you're going to be somewhere between half a billion to one billion dollars.”

He said draining the lakes won’t protect lives, but destroy them.

The hearing will begin 9 a.m. Wednesday at the Guadalupe County Justice Center.

Multiple lakes to be drained by Greater Blanco River Authority