An SAPD officer saw a man "running around" on the highway. The officer then saw the man get hit by a car. 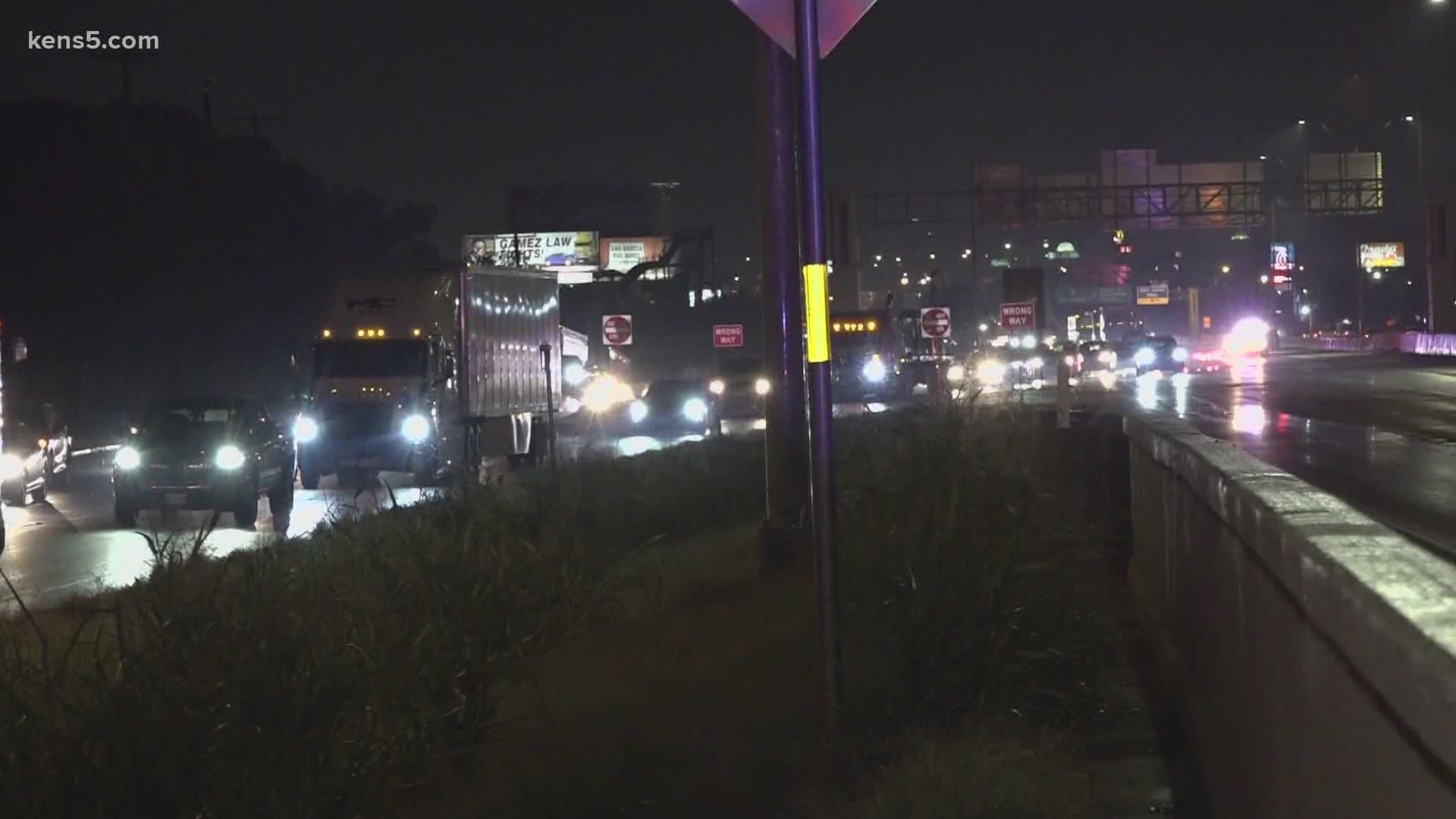 SAN ANTONIO — San Antonio Police are searching for a suspect involved in a hit-and-run on the city's east side.

The incident happened around 10:30 p.m. Friday on Interstate 35 at AT&T Parkway.

An SAPD officer saw a man "running around" on the highway. The officer then saw the man get hit by a car.

The Bexar County Sheriff's Office attempted to pull over a black BMW SUV that matched the description of the suspect's car, but the driver didn't stop. A chase began and ended downtown.

Authorities said the BMW was not involved in the hit-and-run, but the suspects inside that vehicle crashed near the downtown courthouse and ran away from the scene.

The vehicle who hit the man on the highway is still being searched for, but the victim, who is a man in his 30s, is in stable condition.