A viral Facebook post seeking a Santa capable of sign language has resulted in the organization of a local event to benefit as many kids as possible. 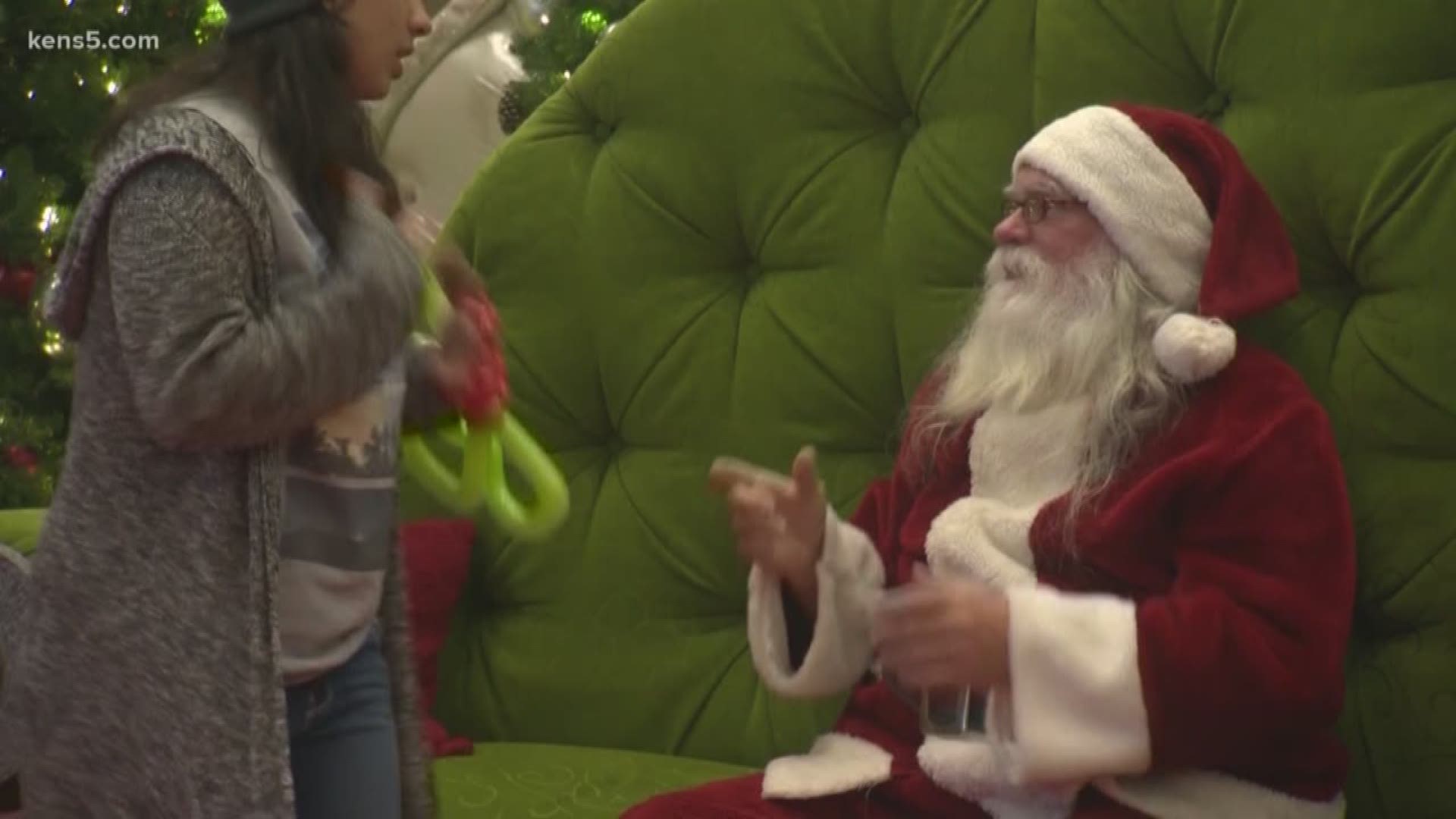 SAN ANTONIO — In a video that's caught the attention of social media, a mom can be seen pleading for an opportunity for her hearing impaired daughter, 10-year-old Yanelie Casas, to connect with a Santa Claus who knows sign language.

Jennifer Alvarado posted the video on Facebook asking for help in finding one, and the response she got from the community was something of a Christmas miracle.

Her request was shared hundreds of times before finding its way to the Shields for Kids, an organization comprised of off-duty officers who help kids in the community in need.

Rafael Trinidad has been an officer in San Antonio for more than 20 years and is behind Shields for Kids. He helped spread the word and, in just a few days, he found a partner in the pastor of Community Bible Church (CBC).

"It's really cool because the pastor, Ed Newton, he calls me up and he goes, 'Not only am I going to let you utilize CBC, but I also want to be your signing Santa,'" Trinidad said. "I didn't know that Ed Newton's mother and father are deaf, and have been all their lives."

With some planning and community help, they were able to organize the event. On Saturday, the signing Santa will be at Community Bible Church to take wish lists from all kids during a holiday festival from 10 a.m. until 2 p.m.

They may not have sent Santa a wish list, but it's everything Yanelie's parents could have hoped for.

"I just hope that maybe this will open up her eyes to see that she's doing this for everybody," said Henry Casas, Yanelie's father. "She's helping other kids out that are like her. They could see there's an opportunity for more and more things to come."

When Yanelie learned of the event from her family, she got so excited she started a GoFundMe page with a goal of raising $300, but ended up accruing more than $500 for gifts that will go to other deaf and hard-of-hearing kids who attend the event Saturday.