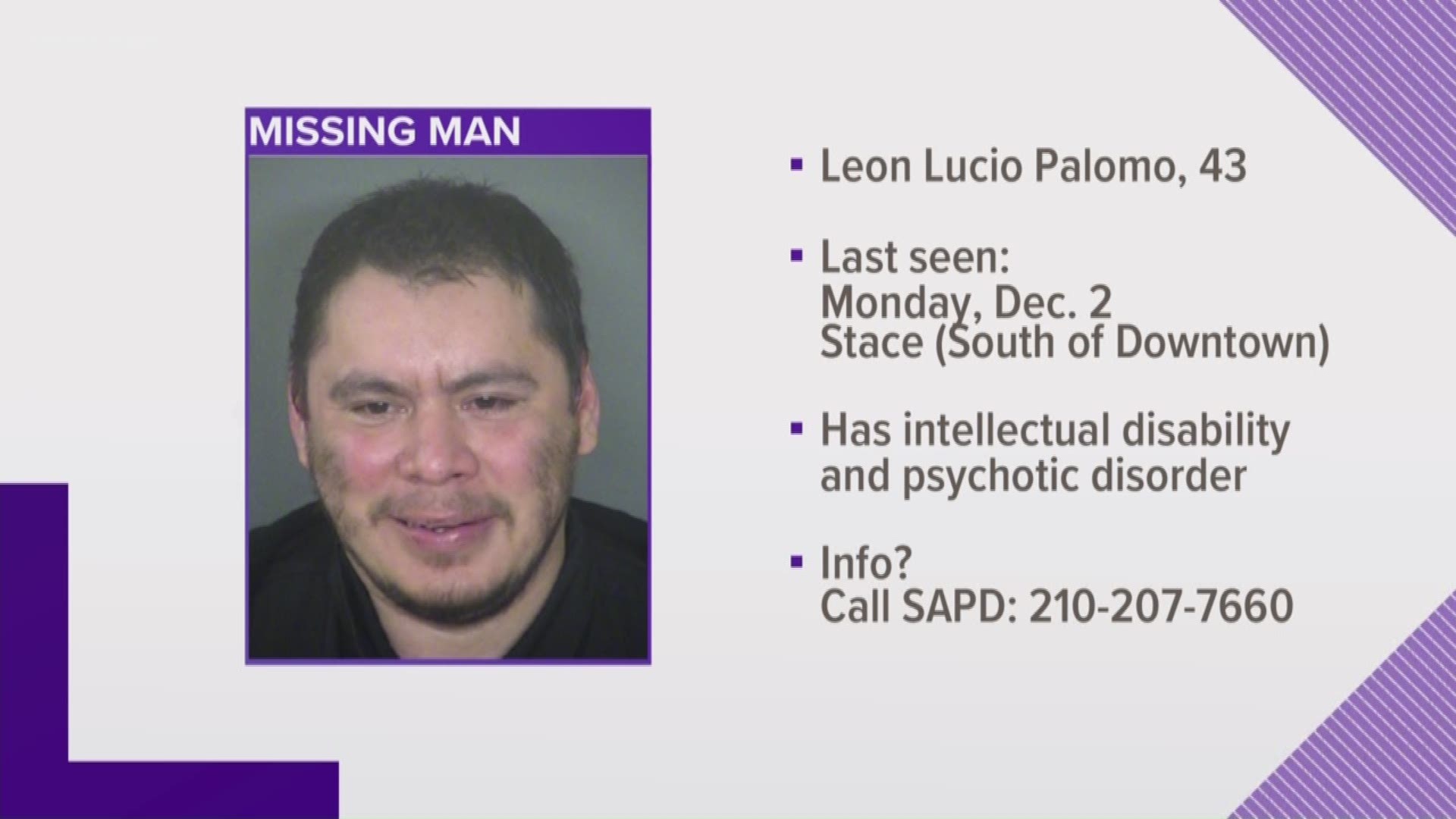 The Endangered Missing Persons Alert has been discontinued for Leon Lucio Palomo.

According to the San Antonio Police Department, 43-year-old Leon Lucio Palomo was last seen in the 300 block of Stace in San Antonio. Palomo was diagnosed with an intellectual disability and psychotic disorder.

The alert describes Palomo as 6 feet tall, weighing 210 pounds. He has brown hair and brown eyes, and was last seen wearing black pants, a gray sweatshirt, and black tennis shoes.

SAPD officials believe Palomo's disappearance "poses a credible threat to his own health and safety." Anyone with information regarding Palomo or his whereabouts is encouraged to call SAPD at 210-207-7660.