'He worked the late shift and he was rewarded with a night in jail': Plano police drop charge against teen arrested while walking home from work

18-year-old RJ Reese was arrested by Plano police last week while walking home from his late shift at Walmart. 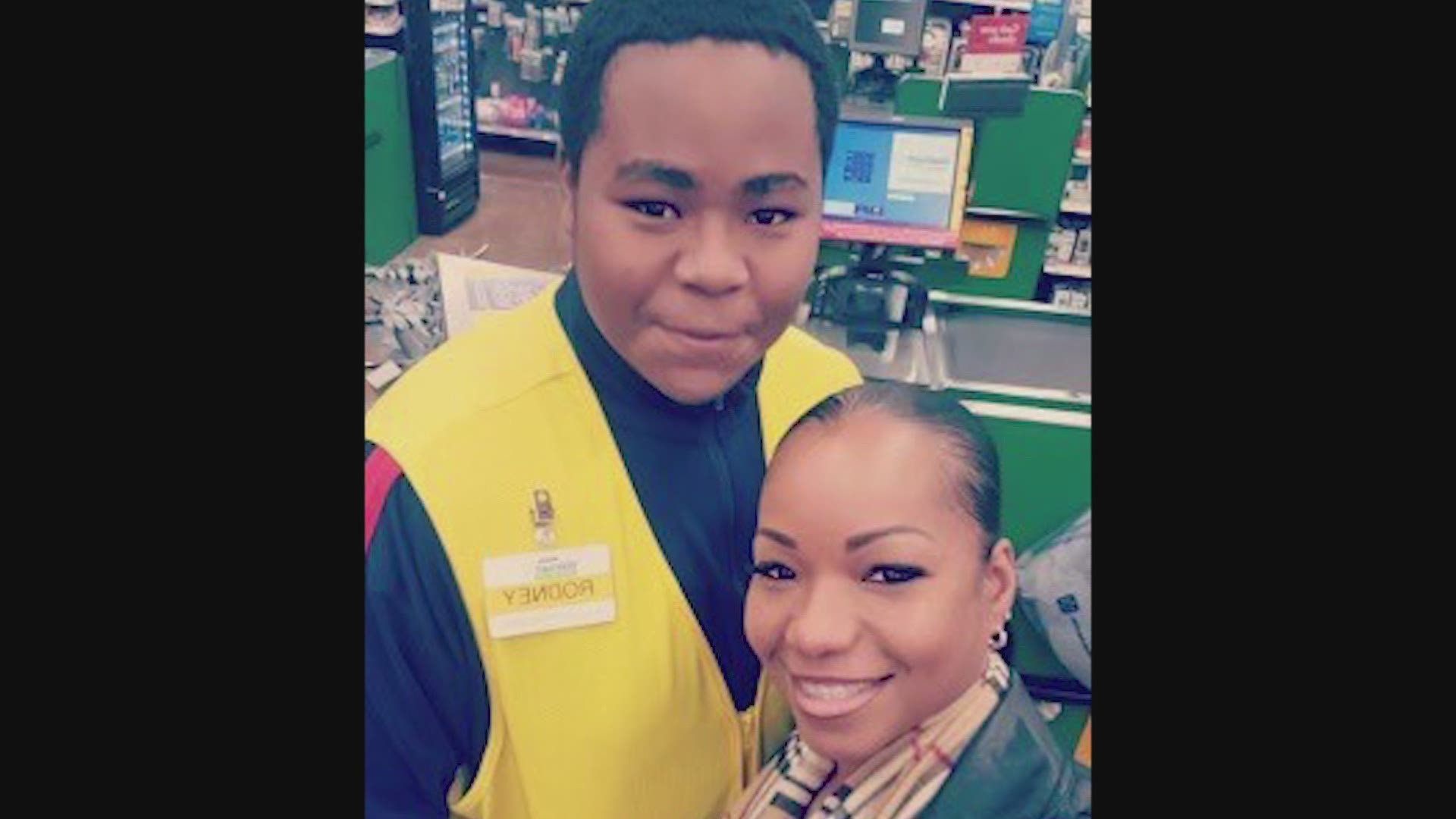 DALLAS — Family and friends describe 18-year-old RJ Reese as a "gentle giant." They say he’s a big man with a kind heart, and that’s why they are so heartbroken over his arrest last Tuesday.

Plano police officers arrested Reese, who is Black, while he was walking home after his shift at Walmart during last week's winter storm on a pedestrian in the roadway charge, a class C misdemeanor. They’ve since dropped the charge.

Police say they received a welfare check for a man in shorts and a t-shirt who was "stumbling" along Hedgcoxe Road in Plano around 10:47 p.m. on Feb. 16. Police noted the temperatures were in the teens, but that Reese was wearing a t-shirt and pants, not shorts.

Reese answered very few questions from the police because he said he knew he did nothing wrong. He said he was walking in the street because the sidewalks were covered with snow.

"Dude, stop, we're trying to help you," one of the officers says at the beginning of the video released by police.

The officers get out of the squad car and try to speak with Reese.

"Hey man, you trying to get home?" one officer asks.

At one point the officer tells him he's walking in the middle of the road.

"My bad, I understand that," Reese says.

The officers repeatedly ask Reese if he needs a ride. He refuses. He tells them he's walking home.

"I do this every night, literally. I'm straight," he says. The police ask him his name. He doesn't say.

One of the officers, who is a woman, appears to move toward Reese to talk to him after he stops walking.

"I ain't going to put my hand on a female, please don't touch me," Reese says.

Another officer tells Reese that they are doing an investigation and that the teen is "officially detained."

"Yes, yes you are," the officer says.

One officer can be heard saying Reese is resisting arrest, although Reese, on camera, denies pushing against the officer handcuffing him.

"Put your hands behind your back. You are not free to go," one officer says. "The next thing you do is you're going to get a charge."

"Because you're pushing on an officer," the officer handcuffing Reese says.

"My house is literally right there," Reese says as police handcuff him. The police ask him for his address and he doesn't say.

"You are really making this worse right now," one of the officers says.

The next few minutes consist of the police walking Reese to the squad car as Reese tells the police to let him go. He again refuses to tell the police his first name.

"We were honestly just trying to check on you," one of the officers says.

Police ask him again where he lives and he doesn't say.

"The only reason I was walking in the street was that the snow was too deep on the sidewalk," Reese can be heard saying on the way to the car.

"Why didn't you just say that?" one officer says.

"Now look at where we are. Caused a whole lot of something out of nothing," another officer says.

They put Reese in the backseat and the video ends.

“He was arrested for something that he should not have been even arrested for. Walking home, in the snow, from work,” Reese's mom Rachel Brown said.

“Before that night you can ask him, ‘Have you ever been arrested before?' And he would honestly be able to say, ‘No.' At this point, the answer has changed to 'yes.'

"I didn’t prepare him enough for 'Good choices, but you’re going to still end up in jail behind it,'" Brown said. “He worked the late shift and he was rewarded with a night in jail. To me, it eats me up inside.”

The family said they have not determined if they plan to file a lawsuit. The Plano Police Department has not said if the officers involved have been disciplined.

The City of Plano released a statement Monday saying:

“We respect and trust our police officers and at the same time expect the highest level of professionalism.

“This incident highlights an opportunity for us and the entire community to realize we all can do better in strengthening the relationship between Police and the African-American community. We are committed to understanding what we could have done better and how can move forward in a constructive manner. Communication and dialogue is important and we look forward to better outcomes in the future.”