On Thursday, Chief Manley vowed his officers will no longer use beanbag rounds against crowds. 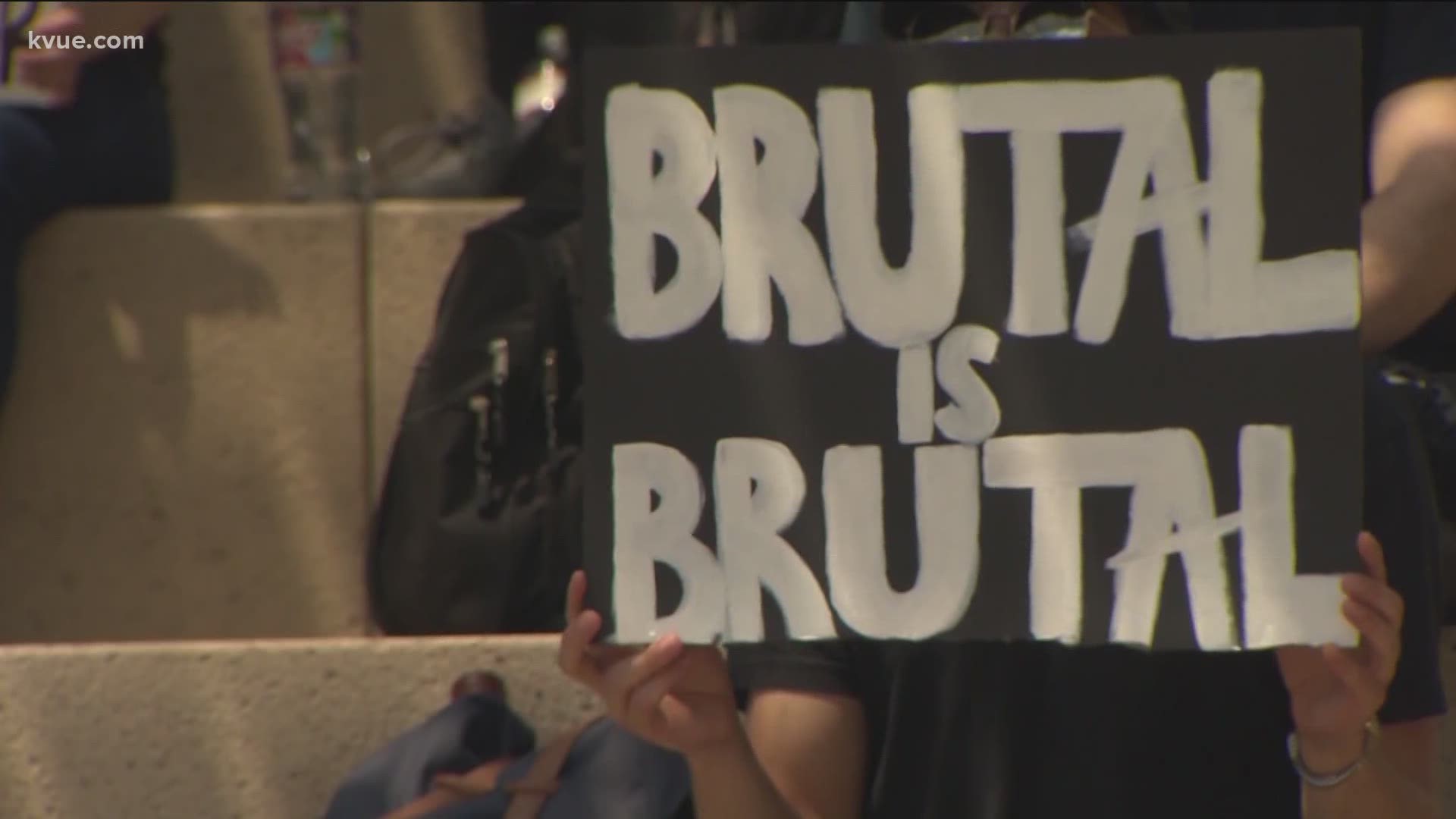 AUSTIN, Texas — As protesters march through the streets of Downtown Austin against police brutality for the seventh day in a row, an online petition calling for the firing of Austin Police Chief Brian Manley has surpassed 24,000 signatures.

It reached 20,000 signatures Thursday afternoon, according to Change.org.

The petitioner criticizes Chief Manley after "a brutal weekend of police violence," in which several protesters were injured, including a 20-year-old Texas State University student who remains in critical condition, after Austin police officers fired less-lethal rounds at crowds protesting police brutality.

During a press conference Monday, Chief Manley addressed the families of the protesters struck by the beanbag rounds, telling them he was praying for them and that his department was going to discuss its crowd-control tactics.

At a special called meeting by the Austin City Council, Chief Manley told councilmembers and concerned citizens that his department will no longer use beanbag rounds in crowd situations.

In addition to people marching against the death of George Floyd, the Minneapolis man who died after an officer kneeled on his neck for nearly eight minutes, Austinites are also protesting the death of 42-year-old Mike Ramos.

Ramos died April 24 after an Austin police officer shot and killed him. People, including the victim's mother, have called for that officer's firing, because the officer shot Ramos as he drove away from police. According to a custodial death report, officers feared Ramos would use his car as a "deadly weapon."

Officers also believed Ramos was carrying a gun based on information provided by a 9-1-1 caller, who claimed Ramos was doing drugs inside a car and waving a gun before police arrived.

Live blog: Demonstrators attempt to get on I-35 as protests continue in Downtown Austin