People Who Make San Antonio Great: The true spirit of Christmas, 50 years on

Half a century ago, a San Antonian saw a way she could help kids at Christmas. Decades later, the initiative has grown bigger every single year. 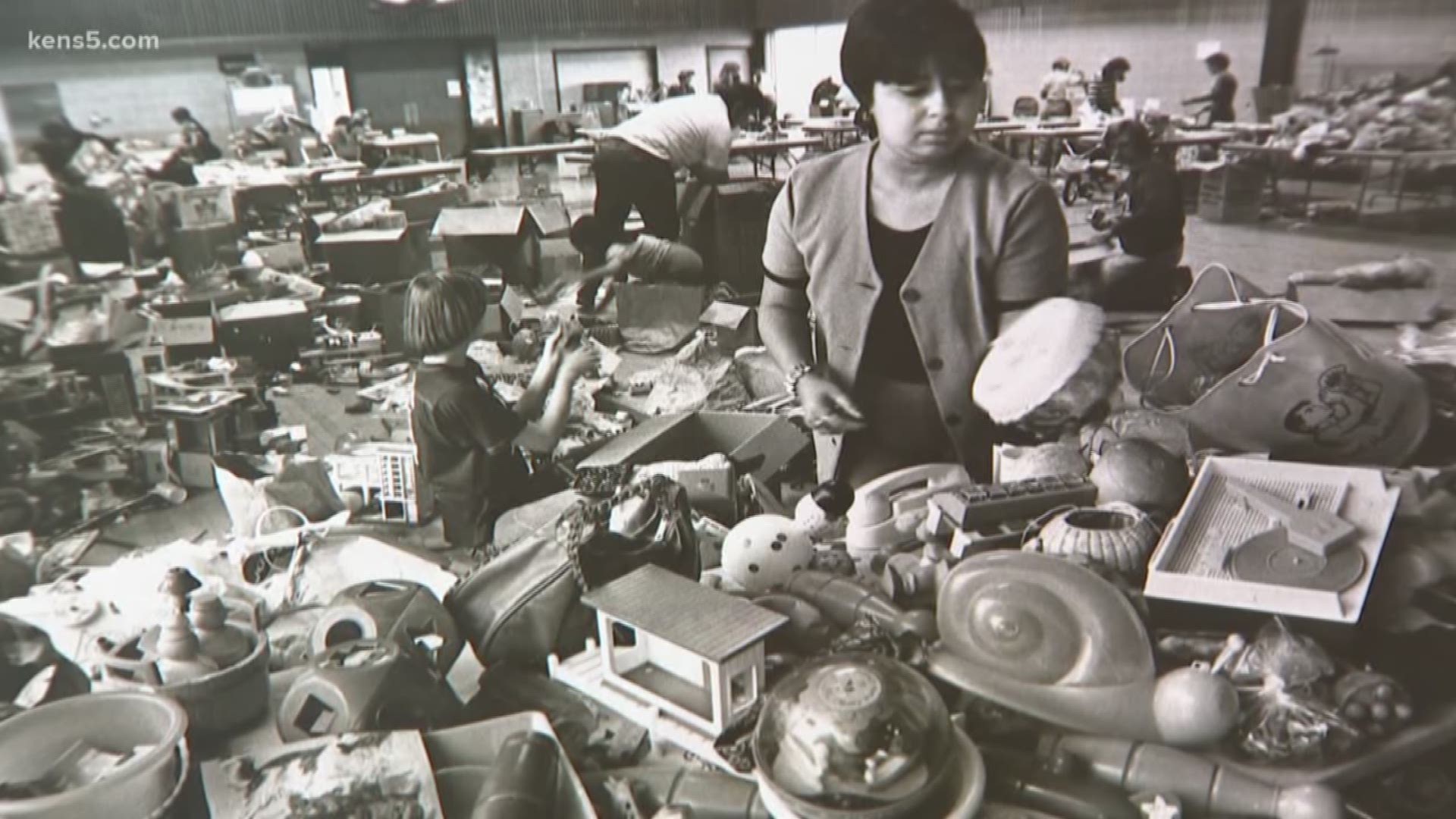 SAN ANTONIO — You could call it a Santa assembly line.

Men and women adorning fluffy red-and-white jackets, with matching hats and black boots. It’s a uniform doubling as a vehicle for joy.

More than a hundred volunteers show up on a Saturday in December to suit up in red, with white wigs and black belts ready, at Elf Louise Central. 11 months out of the year, it's a sprawling industrial warehouse and engine maintenance facility at Port San Antonio, but at the end of the year it's converted into a giant Christmas convocation with thousands of toys wrapped and ready for delivery.

"So much of what happens is bigger than any one of us,” says Elf Louise Founder Louise Locker. "It's bigger than all of us put together; the good things that happen and to be part of it really is life-altering for people. It really is."

She should know. A licensed therapist and life coach by day, Locker’s alias began 50 years ago.

She was a 19-year-old sociology student at Trinity, grieving over her father’s untimely death. She watched Tonight Show host Johnny Carson reading heartfelt letters to Santa and was inspired to play Santa herself.

She convinced a local post office to let her read several Santa letters local children had written, and decided to fulfill some of the children’s wishes as best she could.

Years later, Locker remembers one girl who desperately wanted a Christmas tree and Bible for her mother, along with a doll for herself. Locker thought she could help.

"And then, not only would she get what she wanted, but forever and ever she could believe that dreams can come true,” she said. "And suddenly, everything changed for me. And I was excited about Christmas."

The year was 1969. Thirteen letters to Santa, 65 children, two days before Christmas...it was a huge undertaking. But she asked her friends and neighbors to help, even approaching customers at the original Earl Abel’s restaurant on Broadway.

It worked. They repeated the process every year after, and the project quickly morphed into an annual event to grant the Christmas wishes of low-income San Antonio children, with a visit from Santa himself.

The initiative has grown dramatically each year, with corporate donations and massive media coverage to boot.

“Parade Magazine wanted to put me on the cover,” she says. "But I wouldn’t let them."

For many years she tried to remain anonymous. But the size and success of her movement eventually swept her into the limelight.

Last month, volunteers held a 50th birthday party for the Elf Louise project at Mission County Park. It’s now a 501(c)(3) with no staff, no payroll, no board of directors and a modest budget of about $300,000 to buy toys.

“This is really a labor of love, with no bad side effects,” says Bill Harrison, executive director of the project, “It’s just a wonderful opportunity to serve and give back to the community."

He oversees the year-round cycle, including managing corporate donations, purchasing gifts in March and marshaling the efforts of thousands of other volunteers. By December, he has amassed toys for 20,000 to be delivered by 500 Santas on five designated days—all because of one woman who had an idea that inspired a movement.

"Louise is one of those people who dreams,” Harrison said.. "Every day she has a wonderful dream about how much good she can do for people."

Locker said she remains mystified at the size and reach of the project she began, crediting the city and its people with the generosity to make the Elf Louise Christmas Project such a monumental success.

"I mean, there's so much good that comes out of this,” she says. “I do think it's unique to San Antonio."

She's unique to San Antonio, too; an elf who started a movement that moves so many.