What started as a small act of charity has turned into a full-blown annual operation, passed down from father to daughter. 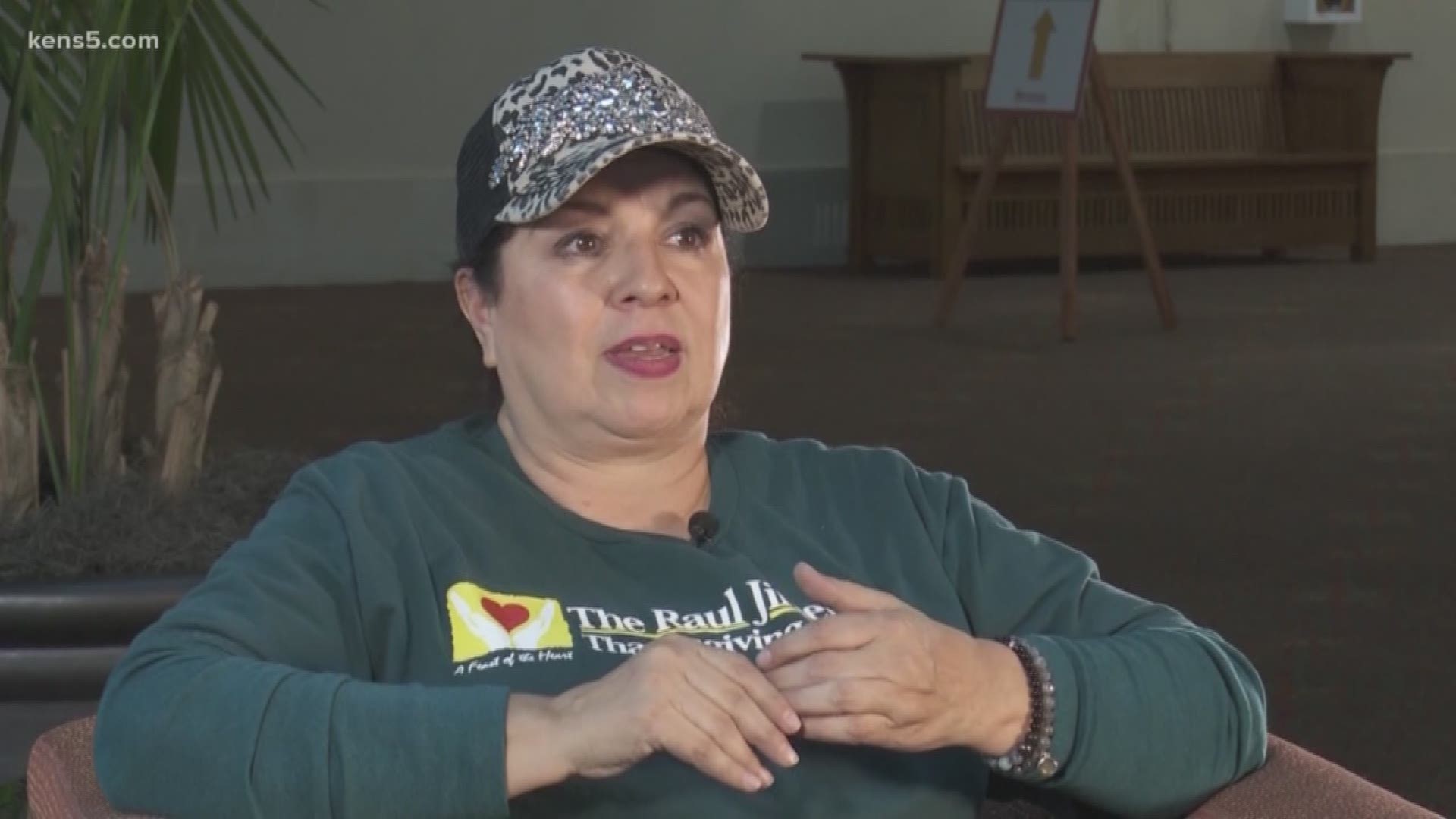 SAN ANTONIO — A chef in a dark smock pulls two hot roasted turkeys out of a commercial oven. They’ve been washed, seasoned and baked, alongside 123 more—all baking at once in enormous ovens at the San Antonio Convention Center.

A total of 550 large turkeys will be baked here this week in preparation for San Antonio’s biggest free meal: 9,000 pounds of turkey to serve on Thanksgiving Day at the Raul Jimenez Thanksgiving Dinner.

"It's a San Antonio tradition,” Patricia Jimenez said. “But the thing that I love is that everybody comes together, from all walks of life, to make this event happen."

Jimenez is the daughter of founder Raul Jimenez, leading an army of volunteers who organize the dinner every year. One entire team has spent the day opening jumbo cans of green beans, and they're happy to do it.

"And we know that everyone on Thanksgiving will be able to have a feast with their families,” said volunteer Isabel Fears, a retired math teacher from Jefferson High School. "And they’ll be together, joining everyone else.”

The city tradition began in 1979, when restaurateur and business-owner Raul Jimenez served a Thanksgiving meal to about a hundred needy senior citizens at no charge. It was so well-received, he decided to repeat the meal the next year, with the help of friends and family.

"Well it's important to me, because it's something that my father started," his daughter said.

The Thanksgiving feast has grown every year since, becoming a non-profit 501C3 in the '80s with many corporate sponsors. The city donates the convention center space.

“His philosophy was you come into this world with nothing, you leave with nothing,” said Patricia Jimenez. "What counts is what you do in between."

Raul Jimenez passed away in 1998. and now his daughter runs the enterprise.

"She just wanted to keep her father's name alive,” says Stella Castillo, a longtime volunteer and sous chef with the RK Group. "Her dad started this with all his love, and she just wants to continue it. She loves the community and the city and wants to keep going and going."

Patricia Jimenez offered KENS 5 a tour this week of the convention center kitchen – in high gear – for the big feed. Many of the volunteers have made this work their holiday tradition, year after year.

“Nice to see you!” says Jimenez, greeting a woman preparing cranberry sauce as one of her good friends from college.

She now works on this dinner year-round, organizing sponsors, volunteers and logistics with a small staff and board of directors. They usually have to turn some volunteers away.

"Really, we could probably recruit double what we have,” she said. "If we needed it."

It's a holiday tradition that's puro San Antonio, and all in the family. Jimenez is committed to keeping it up.