For 22 years, Howie Nestel has taken it upon himself, literally, to organize a massive one-day donation drive that has collected thousands of pounds of supplies for San Antonio's homeless since 1996. 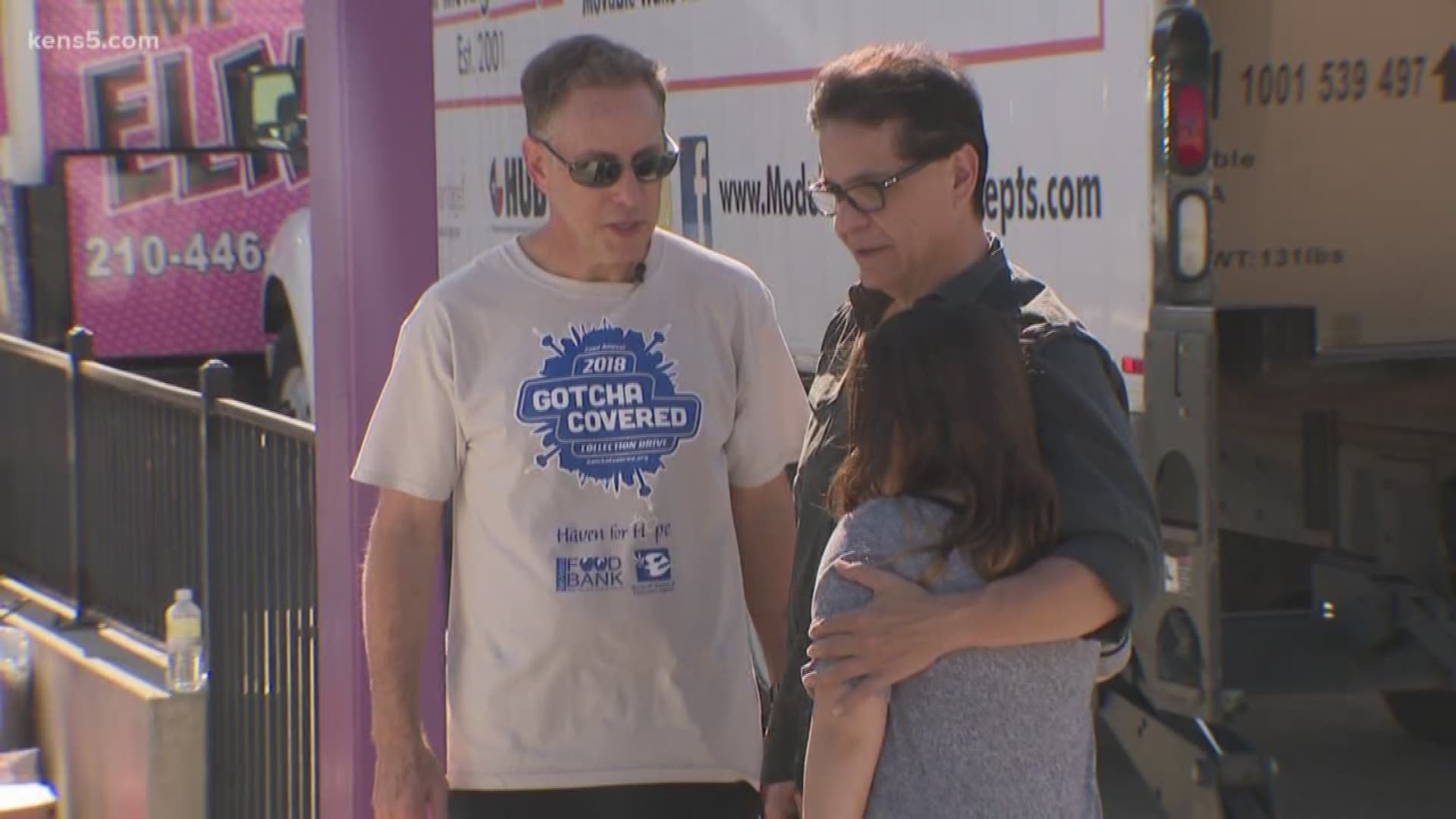 SAN ANTONIO — They arrive in car after car to the big annual event, typically held on a Sunday in December—generous donors in SUVs, sedans and sport cars bringing trunkloads of clothes, toiletries, linens and food.

They line up to drop it off, piles of supplies to benefit the homeless and helpless of San Antonio, and to do so immediately.

"Everything donated today, by 3 p.m, gets delivered,” says event organizer Howie Nestel. ”We close up these trucks and take it down to Haven for Hope and the Battered Womens Shelter, and all the food goes to the San Antonio Food Bank.”

Several large box trucks slowly fill with bags and boxes of donated supplies. Nestel is a 54-year old San Antonio marketing agency owner who came up with the idea for the “Gotcha Covered” donation drive 22 years ago.

"We all need a hand up at some point in our lives,” he said. “It might be emotional, spiritual or financial. And when you donate, you have no idea what a difference that could make in their lives. Just the right message, the right help at the right time."

It's a one-of-a-kind, one-day collection drive, orchestrated annually by Nestel with no staff and no corporate sponsor. He promotes the event on social media and by word-of-mouth to typically stunning results.

He estimates the annual event has collected more than 700,000 pounds of supplies since it began in 1996.

Earlier in the week, Nestel provided KENS 5 with a tour of the empty parking lot at Park North Shopping Center, describing how it would be transformed.

"It started here,” he says, “but moved several times before returning to this location.”

Nestel said he started the collection drive primarily for the homeless when he got to know several homeless citizens personally.

"What I found to be the case among the thousands of people whom I met who are homeless, not a single one of 'em likes being homeless, or wants to be homeless," Nestel said. "And what I found was that most of 'em, all they really need is a hand up. Not a handout."

"The thing that this drive really does is it sends a message to our clients that the community of San Antonio cares about them and cares about their welfare," Eggert said.

Homelessness continues to surge in San Antonio. This year's Point-in-Time survey, which counts the local homeless population, showed an increase of almost 60 percent over the last year alone.

Fortunately, Nestel’s donation drive has grown as well. "It looks like more,” he says, surveying the crowd and their loads. “Yes, this is a lot more than last year..."

It all stays close to home, with no cost and zero overhead. Gotcha Covered has no corporate sponsor and no advertising.

"100 percent of everything donated goes directly to the people who need it most,” he said. “Nothing is resold, nothing is shipped anywhere else. It stays right here in San Antonio.”

"He puts it on himself, and he does all the publicity and talks to everybody, and gets the community excited about this," she said.